Shen Yun Is Something Special 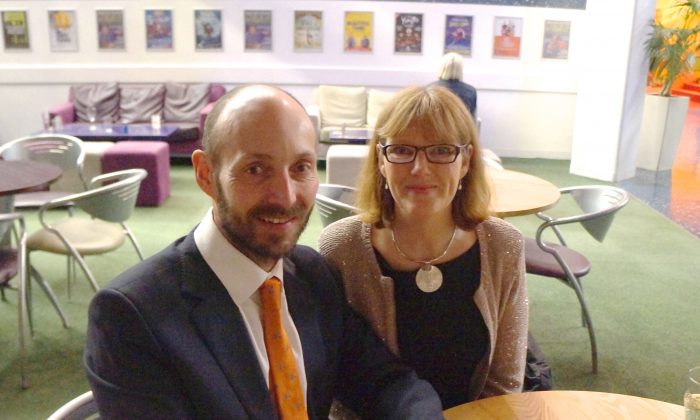 SALFORD QUAYS, United Kingdom—When Shen Yun Performing Arts gave its final performance in the U.K. on April 1 at The Lowry, it left audience members feeling they had experienced something extraordinary.

Beyond the vibrantly colourful costumes, the skill and grace of the classical Chinese dancers, and the soaring orchestral music that combines Eastern and Western instruments, the inner meanings of China’s divinely inspired culture shone through.

Kirsty Evans, a university lecturer in tourism, said that while she and her husband often go to see theatre shows, nothing was quite the same as Shen Yun. “It feels very special; it feels very different, very, very unique. It’s more than just a series of dances. It’s really lovely,” she said.

“You could look at it very objectively and you could say it’s very athletic … and it’s very graceful in its style, but there’s something else,” she added.

As Shen Yun Performing Arts explain on their website, classical Chinese dance has been passed down over thousands of years, acting as a vessel in which to carry the values and beliefs of ancient China. Though the Chinese Communist Party has tried to destroy this heritage over the last 60 years, Shen Yun is bringing it back to life in a visually and emotionally striking way.

“To have that level of control but fluidity at the same time, it’s a real skill and real art form.”

Shen Yun’s dancers train at the prestigious Fei Tian Academy of the Arts in New York, where they learn the specific postures and physical expressions of classical Chinese dance, as well as practising inner spiritual growth to enable them to fully embody the feelings and values expressed through the dances.

A hallmark of a Shen Yun performance is the story-based dances, which retell classic legends and tales of heroes and villains from history and literature up to the modern day. The highly expressive nature of classical Chinese dance is able to perfectly capture the feelings of the characters and the moral essence of the story.

“I’m getting drawn into the stories, and that’s great story telling if you really believe what’s happening on stage,” said Mrs. Evans. “They’re kind of almost the fairy tales that we would tell our children that teaches them morals and teaches them certain life lessons.”

It was the spiritual depth of the performance that most touched Bill and Meg Firth, particularly the lyrics of “Fulfilling My Dream” sung by tenor Tian Ge.

“The spirituality came over with the tenor and we thank him for that because he actually put into words what a lot of us were feeling,” said Mr. Firth, who is an industrial product designer.

Both Mr. and Mrs. Firth could see parallels between their beliefs and those of ancient China.

“We’re actually on a path of listening to one another and trying to understand what we have in common rather than what we don’t have in common,” Mr. Firth said. “For all the miles between here and China, it’s quite a moving experience to hear him sing and to read on the screen what he was saying.”

Shen Yun incorporates a digital animated backdrop that transports audiences through time and space and even to heavenly realms. The dancers interact with the screen to stunning effect, drawing the audience into the scenes.

Mr. Firth said he really felt a part of the performance and not just a spectator. “I felt that they had involved us, the audience, because the applause surely showed that, people applauding from the heart, and it was terrific to hear the spontaneity of people saying ‘wow’,” he said.

“I watched [this] very special show and I wasn’t just watching people jumping about on the stage. I was taking a message of beauty and charm and grace. I shan’t forget tonight very easily; it was superb, absolutely splendid.”