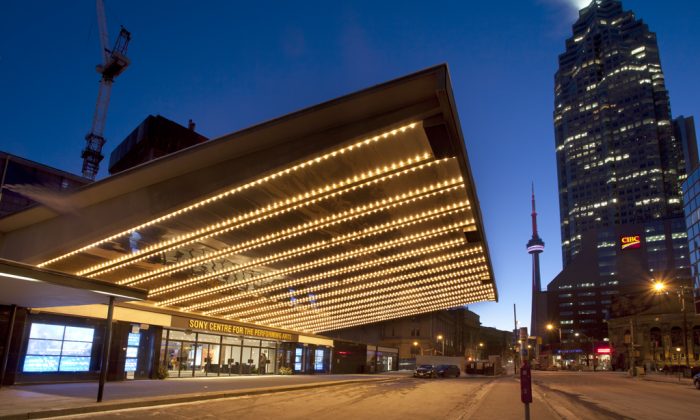 “It was amazing, loved the show! Absolutely fantastic, stunning,” he said after Shen Yun Performing Arts’ second of six performances in Toronto.

Mr. Princeton is the creative director of the Philip Princeton Creative Branding Agency, which promotes brands across the fashion, entertainment, and film industry.

“It was beautiful. I loved the costumes. It was very magical. Gorgeous,” said Ms.Lorenti, an image consultant and event planner with Karisma Image Consulting. She also works along with international fashion designers and beauty companies as a brand ambassador, and is a volunteer fundraiser for SickKids (Hospital for Sick children) among other philanthropic work.

“I am in the fashion industry, so I loved the costumes, the colours—it was wonderful,” she said. “The costumes were incredible, very beautiful. So a big applause to the designer.”

Shen Yun’s costume artists collect countless designs of traditional attire, ranging from those of emperors, ministers, and generals to the everyday clothing of the common people. They tailor and recreate hundreds of new pieces each season, according to the performance company’s website.

“Every detail is given meticulous attention and is a result of artistic inspiration and careful polishing. The designers stress harmonic balance and contrast. Their objective is an authentic presentation of the attire that comes from China’s divinely inspired traditional culture, and a consummate stage effect,” the website says.

Ms. Lorenti noted the “wonderful” fabrics in the costumes. “It looked like it was a lot of silks and a lot of great fabrics.”

“I’d like to take some of those gowns with me. I wanted some,” she added.

They both also praised the calibre of the cast.

A lot of talent—amazing talent. The performers were wonderful,” said Ms. Lorenti.