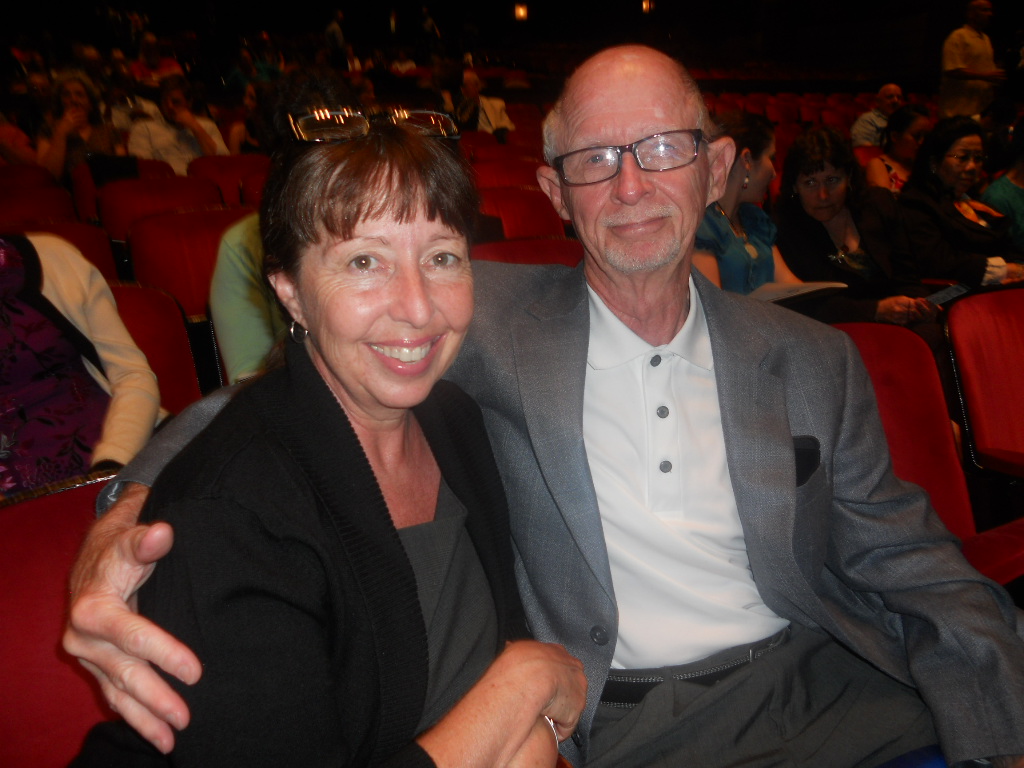 Missy Halvorsen and her father, Ralph Hogan, saw Shen Yun at the Times Union Center for the Performing Arts on May 10. “As long as I continue to live, I will continue to see it—every year,” Mr. Hogan said of Shen Yun. (Edie Bassen/Epoch Times)
Shen Yun

JACKSONVILLE, Fla.—Ralph Hogan has seen New York-based Shen Yun Performing Arts three years in a row. This marks the second year he and his daughter, Missy Halvorsen, have experienced Shen Yun’s music and dance together.

On May 10, they joined each other at the Times Union Center for the Performing Arts to enjoy one of the final performances of Shen Yun’s 2013–2014 world tour.

“As long as I continue to live, I will continue to see it,” Mr. Hogan said of Shen Yun. “Every year,” he added.

Mr. Hogan is a retired U.S. Navy engineer who also worked for the Department of Housing and Urban Development.

“It’s the best show I have ever seen,” he said. “It’s beautiful. It’s absolutely fantastic. Dancers, colors—you just can’t describe everything that’s in it.”

Ms. Halverson said she liked the drums and chopsticks. “The sound of the drums and the beat—I thought it was just very well done.”

“In ancient China, drums were seen as all-powerful magic weapons, and were first used in battle. With such a majestic sound that could be heard from afar, war drums became critical for galvanizing an army’s morale,” the Shen Yun website states.

“I love the show,” Ms. Halvorsen said. “It’s absolutely beautiful.” She said the choreography is amazing, the costumes are great, and the music is wonderful.

Mr. Hogan said he enjoyed the opening number, with “all the beautiful girls and the good-looking guys.” “And the scenery and the background—it’s hard to beat.”

He was referring to the state-of-the-art graphics technology used as Shen Yun’s digital backdrop, offering vivid animated settings that expand and transform the stage.

Speaking of Shen Yun’s mission of reviving the traditional Chinese culture, Mr. Hogan said, “I think it is excellent work. I think [Shen Yun] should continue to do it.” He said he hoped Shen Yun would return next year.

This season, Florida hosted 27 Shen Yun performances in 8 cities. As next season comes around, Mr. Hogan just may get his wish—to continue to see the performance every year for as long as he lives.