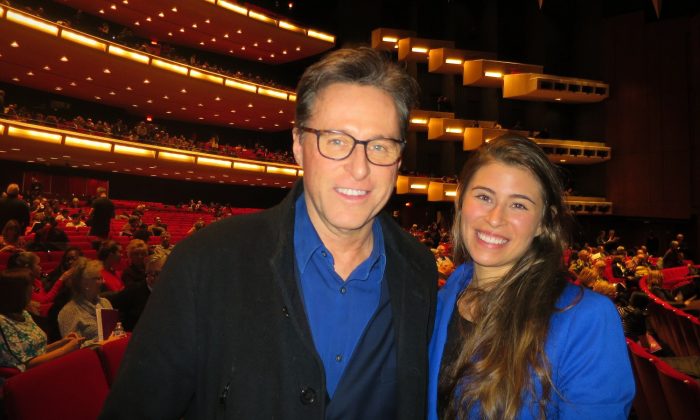 MONTREAL—Blair McIntosh is the entrepreneur and CEO behind Motrec, a global industrial electric vehicle company he started in 1988, now a leader in the global industry.

“First of all, it’s quite spectacular,” said Mr. McIntosh.

Paula McIntosh added, “I think the coordination and how they manage to bring to life such beautiful stories and costumes and the talent involved is pretty spectacular.”

The duo enjoyed learning about the history of ancient China through music and dance in Shen Yun.

“Chinese history is quite fascinating and it goes back a long time,” said Mr. McIntosh.

Among the Chinese dance stories that illustrate thousands of years of traditional Chinese culture are several set in modern day China, which depict current events such as the millions of Chinese people facing persecution for their faith.

One such story is “Goodness in the Face of Evil” which makes known a communist China pocked with a vast network of prisons, not unlike Soviet gulags, built to break prisoners of conscience.

“It is quite sad, and it is good to teach the world what is going on there,” she said. “[Shen Yun is] probably risking a lot in presenting it. But it is really spectacular that you are showing the world.”

“It takes a lot of bravery and courage to do it,” she added. “I think it is a great thing.”

Classical Chinese dance demands high technical skill and includes jumping, leaping, and flipping through the air. It’s a form that has been passed down through the dynasties, over thousands of years, to become a complex and comprehensive system of dance.

Mr. McIntosh said, “It is quite fascinating the discipline that goes into all this. It is mind boggling.”

Shen Yun’s mission statement is to revive traditional Chinese culture and share it with the world.

“I just hope they will continue to travel all over the world and spread the message,” Mr. McIntosh said. “And provide people not only with entertainment, but also education.”

With reporting by Weiya Yang and Carrie Gilkison.