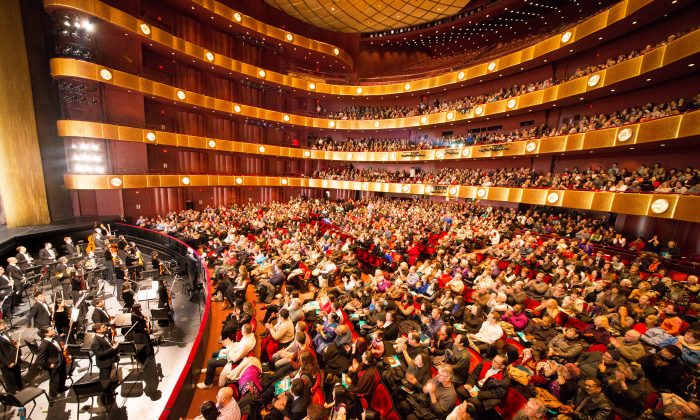 NEW YORK—Sergey Gleyzer, a jewelry maker for Van Cleef & Arpels, was captivated by the colorful designs and shimmering costumes that he saw at the Shen Yun performance at Lincoln Center on the afternoon of Jan. 17.

Van Cleef & Arpels is a French jewelry, watch, and perfume company. Its jewelry has been worn by figures such as Empress Farah, Grace Kelly, and Elizabeth Taylor.

Shen Yun costume designers use a wide array of bright colors to recreate the look and feel of imperial dragon robes, phoenix coronets, and spectacular headdresses.

Shen Yun Performing Arts is a classical Chinese dance group that celebrates China’s 5,000 years of culture. The dancers not only wear Han costumes, but also that of the Manchurian, Tibetan, Dai, Mongol, and Uyghur ethnic groups.

With state-of-the-art graphics technology, each Shen Yun dance is also accompanied by an animated digital backdrop that transports the audience from Tang Dynasty pavilions to Himalayan peaks.

In 2006, Shen Yun was founded by a distinguished group of artists who wished to revive traditional Chinese culture.

Unfortunately, Shen Yun cannot be seen in China today because the Chinese Communist Party came to power through the destruction of traditional culture.

The Shen Yun Orchestra, comprising Western and Eastern instruments, creates a dynamic and original sound by fusing the grandeur of a Western symphony orchestra with the distinct elegance of classical Chinese instruments. The performance also included bel canto soloists.