Interior Designer About Shen Yun: ‘Love All the Colors’ 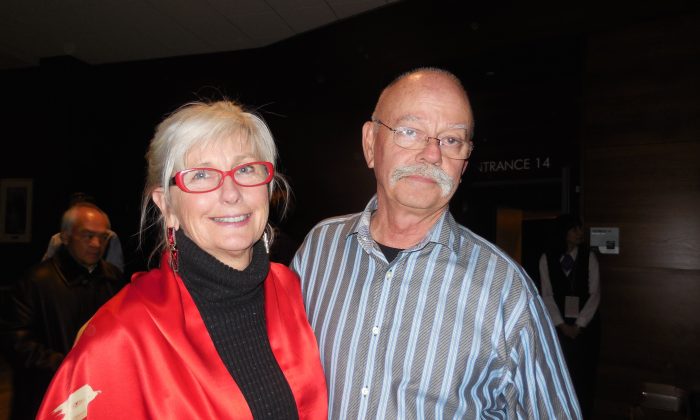 Shen Yun performs classical and ethnic Chinese dance. According to its website, Shen Yun will take “you on a journey through 5,000 years of Chinese culture.”

“I’m really enjoying it,” said Ms. Lindley at intermission. Shen Yun dancers go through many costume changes to put on programs about a variety of dynasties and ethnic groups.

“I love all the colors, the movement, the energy, and the backdrop,” said Ms. Lindley.

She noted the projected animated backdrop behind the performers and its incorporation into the stories being told through dance. With the help of the backdrop, characters visually soar on and off the stage.

“The way they’ve done the visuals behind it, and the way it works with the story, it’s just really remarkable,” said Ms. Lindley.

An interior designer, Ms. Lindley also commented on the colors used in the performance.
“There’s a lot of great contrast,” said Ms. Lindley.

“It’s all very happy and colorful and light and then they show the dark parts of the story. It’s obvious. “