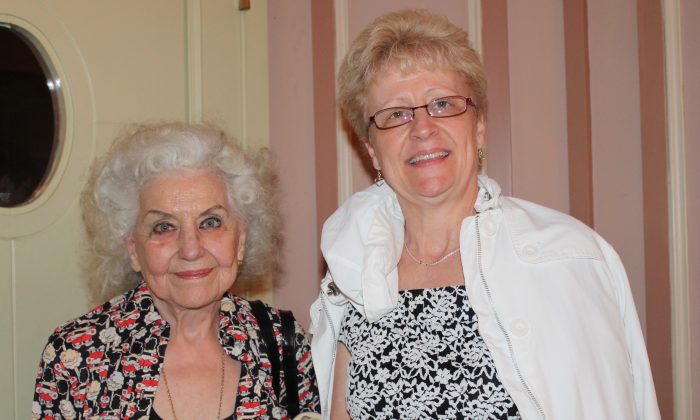 PHILADELPHIA—Former ballet dancer Reyez said the classical Chinese dance in Shen Yun Performing Arts touched her, describing how it opened her heart with beauty and laughter.

Shen Yun “brings out every aspect of the full emotions I can feel as a human being!” she said after experiencing the New York-based company’s revival of Chinese culture at Merriam Theater on May 5.

Classical Chinese dance, the heart of a Shen Yun performance, has constantly developed over many dynasties and eras, becoming one of the most difficult-to-master dance forms in existence.

“China’s deep cultural traditions are contained in classical Chinese dance, allowing its movements to be richly expressive, such that the personalities and feelings of characters can be portrayed with unparalleled clarity,” according to Shen Yun’s website. “It is therefore capable of depicting scenes from any time period, whether ancient or modern, Eastern or Western, in a strikingly vivid way.”

Reyez, who goes by her professional name, said the artists of Shen Yun were gorgeous and she appreciated the harmony between the artists, their costumes, and the colors presented on the digital backdrops.

Reyez also said the integration of music and dance was well done.

“Their music and their dance and their movements—it was so nuanced,” she said. “It’s just so thorough. Just wonderful to see what they did.”

She later said the performance was both terrific and perfect, and she felt enriched after seeing Shen Yun.

Felice, her daughter, joined Reyez at the performance, and said Shen Yun was very beautiful and artistic.

“I’ve never felt such beauty before,” she said.