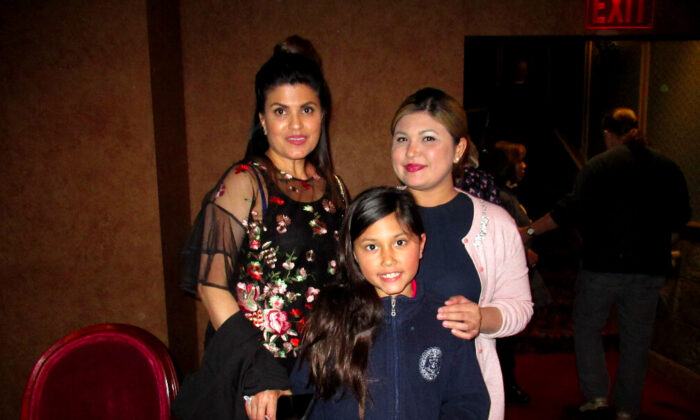 PHOENIX—For thousands of years, classical Chinese dance has been developed to be able to express the rich inner worlds of characters that populate China’s profound legends and historical events. And on March 4, 2020, at Shen Yun Performing Arts, one Arizona businesswoman recognized that the performance could have gone on much longer.

Since New York-based Shen Yun is reviving authentic Chinese culture, the history from which it draws its stories and themes spans China’s 5,000 years.

“It feels like there’s so much to share,” said Stephanie Watson, dental hygienist and permanent cosmetics business owner who attended Shen Yun at the Phoenix Orpheum in Arizona.

“In my mind, I was thinking ‘there has to be so much more that would be able to be shared.’ But this is great, little bits of the history, I’m sure there’s tons and tons more of history to share.”

Out of thousands of legends in China passed down through time, Shen Yun chooses new ones each season to share with the world, as well as ethnic and folk dances, plus the divinely-inspired lyrics of the musical soloists of the evening—bel canto singers and instrumentalists. All of it is accompanied by a live orchestra playing original compositions.

“I love [Shen Yun],” Watson said. “I love the costumes. My daughter loved the lantern [dance].”

“Lantern Grace” is one of the many vignettes that make up a Shen Yun performance. In this one, the female cast of dancers takes the audience back in time to an ancient dynasty’s palace “as court ladies bearing exquisite bronze lanterns glide to and fro,” according to the program.

“It’s just so meaningful because of it being stories, you know,” Watson continued. “We just love the history. And it’s our first experience learning about a lot of the Chinese culture. I mean we have some friends and some family that have Chinese backgrounds. But to see it at this level is amazing. Just to see it performed and just so beautifully done.”

Watson attended with a party of four ladies, each of whom comes from a different generation in their family: Watson, her daughter, her granddaughter, and her mother.

“My daughter got the tickets for us and we have been wanting to come for several years now. This is our first time,” Watson said.

Because Shen Yun is reviving traditional Chinese culture, its mission would not be complete without acknowledging the deeply spiritual civilization and lifestyle that Chinese people maintained since time immemorial. Their belief in the divine and in the value of spiritual practices was so strong that it took the Chinese Communist Party decades of violence to nearly destroy it completely. But Shen Yun is breathing new life into that divinely-inspired culture by weaving heavenly themes and spiritual traditions into its performance.

Watson said she loved the spirituality she saw in Shen Yun. “It’s dear to my heart because nowadays … our culture is learning so much more about different cultures and are a bit more open to it than maybe it was in the past five, 10, 20 years. So it’s hard to see the communists, how they did not allow that. And we are just so blessed in America, of course, to be able to express our religion and our speech. It’s amazing.”

“I loved the spirituality that they [Shen Yun’s artists] were able to share that here today with the show,” she said.

From the divine to the mundane, Watson appreciated the richness and variety she saw in Shen Yun.

“I love the village setting, to see the real-life people, too, because you see a lot of people who are worshiping and showing respect to their kings or emperor and that kind of thing. So, I like to see just the regular people. That was really neat, I liked that,” she added.

The message in Shen Yun, according to Watson, is love. “It feels like there is a lot of love. Love for the culture, love for the people.”

With reporting by Linda Jiang and Brett Featherstone.