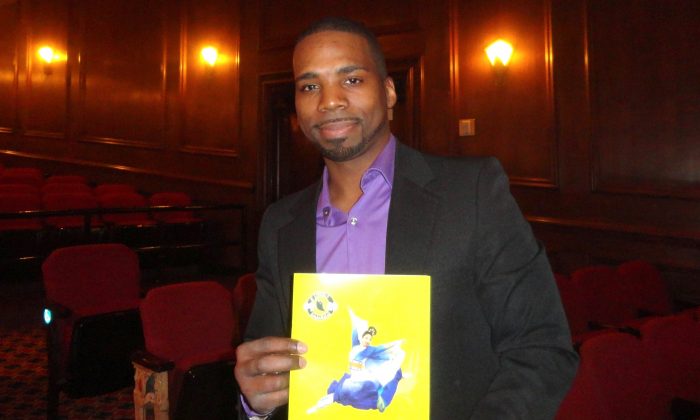 ROCHESTER, N.Y.—Renell Edwards, an actor and choreographer with a love of history and the arts, has now become a regular attendee of Shen Yun Performing Arts, and this year he had brought his aunt to the Rochester Auditorium Theatre to see it. It was his third year. And while he expressed an abiding love for Shen Yun itself, he said his favorite part of the experience was the opportunity to introduce new people to the performance.

“I felt wonderful. I felt excited, I felt thrilled. I felt a part of it. It’s very moving, it’s exhilarating. It’s so many different things. It’s brought me here for a third time,” he said.

The second time, he brought his “my mother, brother, kids, family members, everybody I could.”

Mr. Edwards is an actor, director, and dancer, and was featured in the films “Fury” and “Community Service the Movie.”

“I think these shows are exquisite. It’s got a lot of vibrant colors,” he said, before listing what it was, specifically, that he admired about the show: the cultural aspect, the spirituality, the courage to stand up and fight for one’s beliefs.

“It’s powerful, you know? It says a lot. Anything that’s for a good cause, I like being a part of,” he said.

Shen Yun brings classical Chinese dance and music to the world with the aim of restoring traditional Chinese culture. The dance is used to tell stories from China’s 5,000 years of civilization.

Apart from his acting, Mr. Edwards has aspirations to begin a non-profit organization that would give inner city schoolchildren an opportunity to see Shen Yun, and similar cultural programs.

“This is one of the things I’d like to introduce them to. Show them the passion that goes behind the dance, the commitment,” he said.

He added that he felt he had a “deep connection” with Shen Yun.

“I’ve always believed in a higher power,” Edwards said, referring to spiritual moments in the performance in which divine powers are portrayed interceding in human affairs on the stage. “Many different people might call it by a different name, but to me it’s essentially all the same — it’s all good, it’s all positive. It’s knowledge, it’s wisdom, it’s guidance.”

Mr. Edwards continued: “It takes me back to when I was a kid, how I used to feel. But the greatest thing,” he said, referring to the aunt he had brought this year, “is being able to pass it to someone else.”