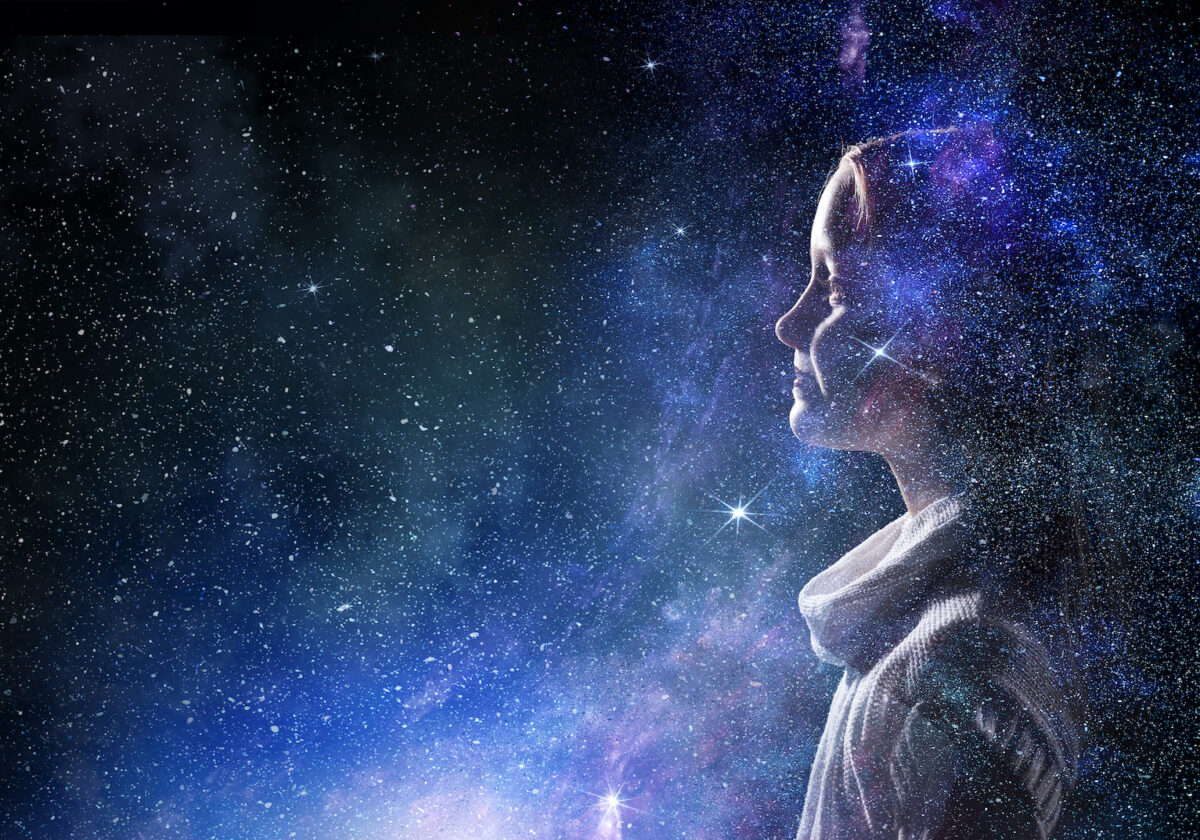 Intuition may be the powerhouse of wisdom lurking deep beneath the surface that can help us in all kinds once we tap into it. (Sergey Nivens/Shutterstock)
Traditional Wisdom

Why We Need Our Intuition

Our current knowledge affirms it's possible to know something without even 'thinking' about it
BY Emma Suttie TIMEMarch 29, 2022 PRINT

We’ve all had that feeling—an instant knowing that something isn’t right. Whether in a business deal or when a friend hasn’t called in a while, somewhere deep inside us we have a knowing, and we can’t explain why.

That is intuition, and it has been with us, buried deep in the limbic system for a very, very long time.

So what is intuition, and where does it come from?

Intuition is “a natural ability or power that makes it possible to know something without any proof or evidence: a feeling that guides a person to act a certain way without fully understanding why,” according to the Britannica dictionary.

We’ve all experienced it, that moment of inclination, when something we have no reason to know seems quite plausible or even certain to us. Some people have described it as the result of previous knowledge and experience culminating in an instantaneous understanding, but there may be more to it than that.

The Science of Intuition

Psychologists sometimes divide our thinking into two categories. The first is intuitive thinking, which some scientists believe is controlled by the right side of the brain. This thinking is quick, instinctual, and happens below the level of our conscious awareness. It comes from a deeper part of the brain, called the limbic system. This part of the brain is responsible for how we respond to threats (our fight-or-flight response) and behaviors needed for survival, like feeding ourselves, reproducing, and caring for offspring.

The second type of thinking is analytic reasoning, which is largely controlled by the left side of the brain. This thinking is slow, deliberate, logical, and conscious. Analytic reasoning happens in the outer part of the brain—the neocortex, which makes up approximately half of the brain’s total volume. It is responsible for attention, thought, perception, and episodic memory (a person’s unique recollection of experiences, events, and situations).

But then there is another ‘brain’ entirely. Scientists have discovered that over a hundred million neurons—which are the cells found in the brain—exist in the human digestive tract. Medical researchers call it the enteric nervous system, or ENS.

“The ENS has been referred to as the ‘second brain,’ based on its size, complexity and similarity—in neurotransmitters and signalling molecules—with the brain,” notes distinguished research professor Emeran Mayer, in an article in the journal Nature Reviews: Neuroscience.

Even more interesting is that scientists have discovered that this “second brain” in our guts can act independently of the brain, meaning it can make decisions about our bodies without discussing them with the brain first. This may explain why intuition is often referred to as a “gut feeling,” as it seems our “gut” has a thinking/feeling capacity all its own.

So how can our intuition serve us in a reliable way? It seems someone may have found an answer.

In her book “Radical Remission: Surviving Cancer Against All Odds,” researcher and psychotherapist Kelly Turner documents her findings of over a thousand cases of people who recovered following a severe and often terminal cancer diagnosis. She discovered nine key factors that almost all her research subjects had in common:

An entire chapter of Turner’s book is dedicated to intuition and gives multiple examples of it in action.

One woman who, in her own words, had lived a healthy physical life, exercised regularly, and had always eaten organic was diagnosed with ovarian cancer. She agreed to a hysterectomy (the uterus and ovaries being surgically removed), but her intuition strongly told her not to do the recommended chemotherapy. She explored other options and, in her search, found a book written by a cancer survivor. The book advised sitting with her cancer and asking it why it had come. She said, “The answer screamed back at me: ‘You have no joy in your life!'” For this woman, healing was not so much about the physical body but her emotional health, which had been badly neglected. Her recovery included adding more joy to her life and deepening her connection with spirit. The book states that six months after her diagnosis, her tumor markers were back within normal range, and she remains cancer-free.

Another woman, about to turn 65, had just received biopsy results showing she had breast cancer. Because her tumor was too big for a lumpectomy (removing just the tumor and not the entire breast), her doctor recommended a full mastectomy (removal of the entire breast), followed by radiation therapy and the estrogen-reducing pill tamoxifen. Her intuition told her to try alternative treatments first, so she politely turned down surgery and all other conventional therapies. Four days after her diagnosis, she had two dreams, which she interpreted as telling her she had everything she needed in her body to heal her cancer. After following a healing plan that included nutritional, herbal, emotional, spiritual, and energetic treatments, as well as physical exercise, she was declared cancer-free by her doctor, 16 months after her diagnosis. She remains cancer-free to this day.

In her book, Turner discovered that people accessed their intuition in different ways. For some, their intuition came to them from an inner voice “of deep knowing,” a physical feeling in their bodies, or messages or symbolism in dreams. For others, intuition comes in meditations, journals, or serendipitous coincidences, such as “bumping into a friend who told them exactly the information they needed to hear at exactly the right time.”

Dr. Judith Orloff, a psychiatrist and member of the UCLA Psychiatric Clinical Faculty, is also an empath and intuitive healer. While those credentials don’t usually go together, Orloff’s journey of accepting and opening to her intuition led her to integrate them into her clinical practice. She has written several bestselling books on the subject and is considered a pioneer in the field of energy psychiatry, which she defines as a combination of conventional medicine, intuition, spirituality, and energy.

Orloff says that she believes that everyone has an intuitive sense, but not all of us realize we can access it. She describes intuition as “that still, small voice inside of you—it’s your inner wisdom that can help you deal with anything, from health issues to relationships to death and dying.” Orloff also works with health care professionals around the country, teaching them to listen to their patients. She says physicians need to not only listen to what their patients say, but to be open to images, sensations, or dreams that come up for them, which can offer information about their situation, and aid in their healing.

Intuition might be a powerhouse of wisdom lurking deep beneath the surface that can help us in all kinds of ways if we tap into it. Turner and Orloff recommend different ways of accessing our intuition. Some examples are meditation, paying attention to our dreams, becoming sensitive to physical sensations (like a feeling in the gut), and simply asking for inner guidance. These are all ways our intuition may speak to us. So the next time you have something come up in your meditation, have a dream you can’t shake, or get a strong feeling about something, pay attention—something deep inside might be trying to tell you something, helping you to move in the right direction.