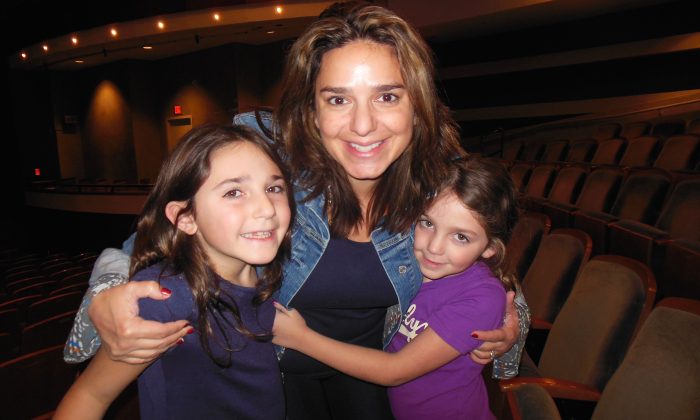 “It was beautiful to experience another culture. The costumes, the music—it’s not something we get to experience every day,” said Ms. Laves.

Shen Yun uses classical and ethnic Chinese dance to communicate the aesthetics and values of Chinese dynasties past.

Ms. Laves is a marketing consultant for technology products. She is principal consultant at Laves Marketing Group LLC. Her daughters are part of a Chinese immersion program at Austin public schools.

She said she was amazed by the performance and hopes more families from the immersion program will have the chance to see Shen Yun.

Ms. Laves said she was most touched by the beauty of the performance. Shen Yun employs large scale dances to communicate aspects of Chinese culture. The combined, synchronized movements often delight audiences.

Ms. Laves also said she was saddened to learn Shen Yun dancers can’t perform in China. “It was a reminder of the freedoms we have here, and appreciating that,” said Ms. Laves.