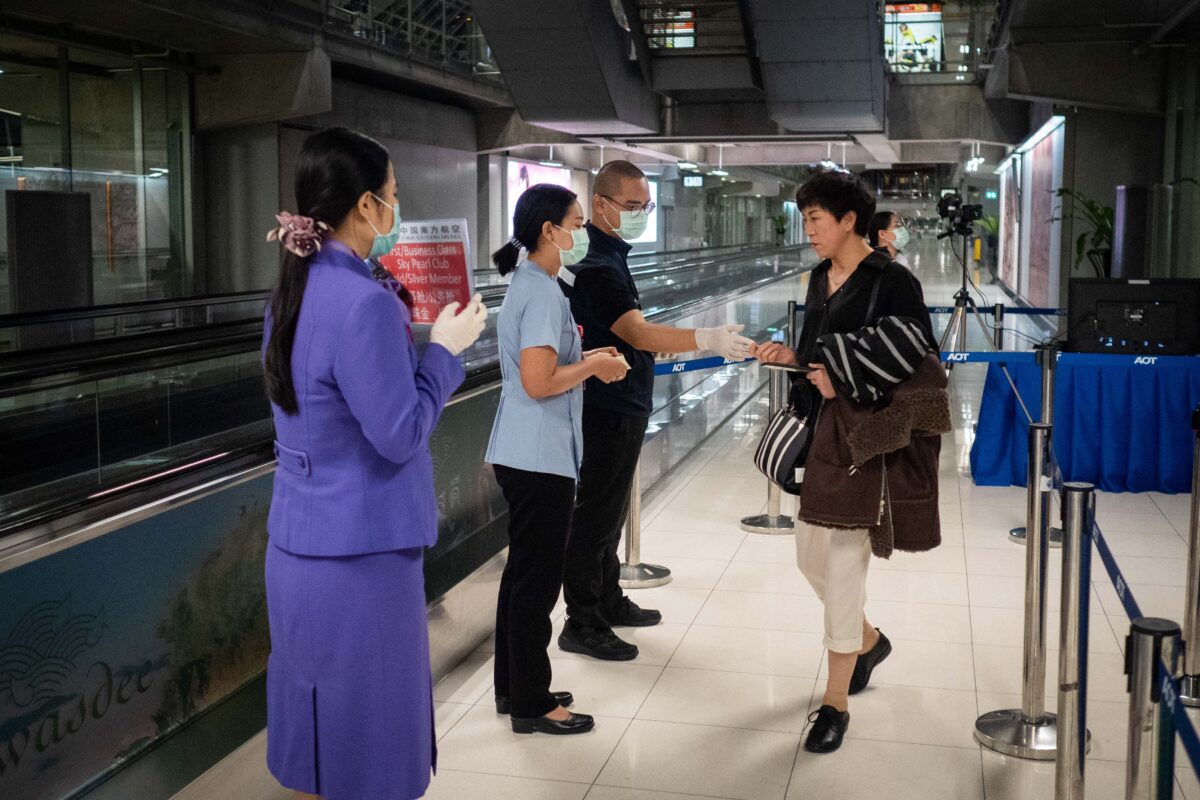 Public Health Officials hand out disease monitoring information after performing a thermal scans on passengers arriving from Wuhan, China at Suvarnabumi Airport in Bangkok, Thailand on Jan. 8, 2020. Thailand has ordered thermoscanning of passengers in four Thai airports, including Suvarnabumi, Don Mueang, Phuket and Chiang Mai. The disease surveillance and monitoring came about as a response to a pneumonia outbreak in Wuhan. (Lauren DeCicca/Getty Images)
Travel

US Warns Citizens in China Against Pneumonia Outbreak

BEIJING—The U.S. State Department warned Americans in China about an outbreak of pneumonia in the central city of Wuhan believed to be caused by a new strain of coronavirus.

The outbreak comes ahead of the Lunar New Year holidays in late January, when many of China’s 1.4 billion people will be traveling to their home towns or abroad. The World Health Organization is taking steps to ensure the disease does not spread further.

Thai health authorities said on Jan. 15 they were stepping up monitoring of passengers arriving at airports with infrared thermal scanners ahead of the holiday, when 800,000 Chinese tourists are expected to visit the country.

Memories remain fresh in Asia of a 2002-2003 outbreak of SARS, or Severe Acute Respiratory Syndrome (SARS), which emerged in China and killed nearly 800 people worldwide.

WHO has said there may have been limited human-to-human transmission of the new coronavirus in China within families.

And authorities in Wuhan confirmed on Wednesday that a married couple diagnosed with pneumonia may be infected by the new virus.

The Wuhan Municipal Health Commission did not say in the statement whether the couple represented an instance of human-to-human transmission. But it said the husband, who worked at a seafood market suspected of being at the epicenter of the outbreak, was the first to fall ill, and that his wife did not have any exposure to the market.

Some of the other people diagnosed also denied visiting the market, the commission said.

The authorities in Wuhan also confirmed that a Chinese woman quarantined in Thailand, the first case of the mystery strain of coronavirus to be detected outside of China, had come from Wuhan.

The State Department’s notice referred to an alert by the U.S. Centers for Disease Control and Prevention urging citizens in China traveling to Wuhan to avoid contact with animals, animal markets or animal products, among other precautions.

It also asked citizens those who had visited Wuhan and feel sick to seek medical care.