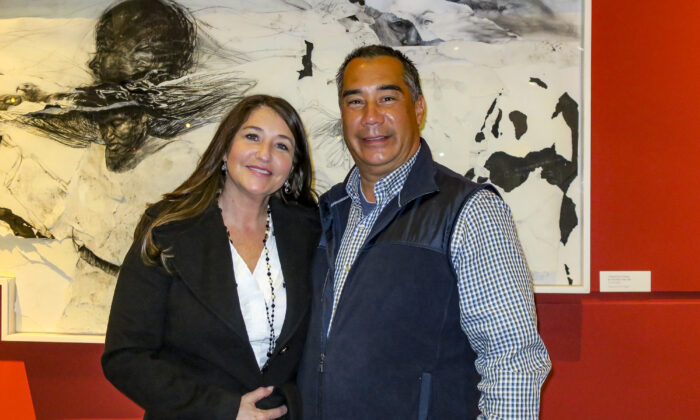 COLUMBIA, S.C.—Some people say that music is the soul of dance. The live orchestra of Shen Yun Performing Arts had theatergoers Ricky and April Richardson mesmerized through the whole performance.

“Music has always been that window that can bring you up or can bring you down, make you remember, or make you forget,” Ms. Richardson said. “It was beautiful,” she said of Shen Yun. “The music was impeccable. I can’t believe that it wasn’t just a soundtrack playing, that we were actually watching real musicians play, because they didn’t miss a beat.”

New York-based Shen Yun features its own orchestra that cleverly combines traditional Chinese instruments like the pipa and erhu with a classical western orchestra.

She said it allowed her mind to relax and reflect on what society has gone through over last few years.

“Most of the music made me relax, and some parts, my feeling was just reflection. The last couple of years have been a challenge for all of society and when you’re listening to that type of music, your mind relaxes in a way that lets thoughts flow through,” she said.

The erhu is a two-stringed instrument that is known for its versatility in mimicking the sounds of nature and the human voice. Mr. Nichols expressed that he was impressed by how much just two strings could do.

“That was awesome. The fact that you had that much music come out of two strings and the range of music that you get out of that,” he remarked.

They were also struck by how differently Shen Yun presented China in comparison to how China is seen today.

“I think that it’s sad in certain ways, and to be honest with you, I think this is the first time that I’ve seen an alternate to the communist China,” he said. “I didn’t know that they had that before communism and that people are trying to revive it, so that was pretty interesting.”