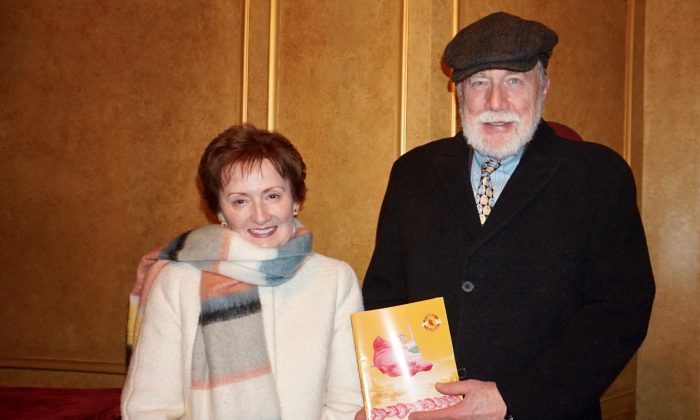 Janine Avery and her companion enjoyed the universal message of Shen Yun's performance at the Detroit Opera House in Detroit, Mich., on Feb. 17, 2018. (Valerie Avore /The Epoch Times)

“[The artists] are trying to help the Chinese to see their past and what their ancestors said, how they came forward in their culture.”

“Today, the communists have separated them from that, so they don’t know what their ancestors said and what they believed and what made them a great civilization.”

“I think it is just kind of too bad to let go of such an amazing civilization and to let go of all those thousands of years. Somebody knew something better than the communists, obviously. You know, communists didn’t make it better.”

“I think [the Shen Yun performance] speaks to everybody because it’s a universal message. Its not connected to a particular religion.”