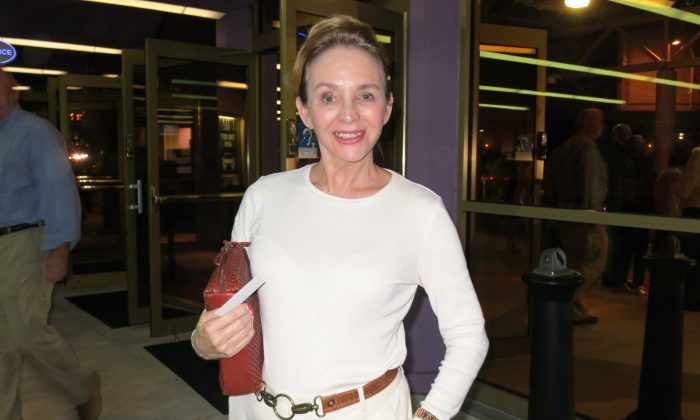 The New York based company has classical Chinese dance at its heart but also incorporates folk and ethnic dance as well as story based dances. According to the Shen Yun website, “These dances give dramatic portrayal to the cherished stories of past and present. Their figures embody the most exalted virtues of Chinese civilization, and convey a message or moral that is still relevant in our day.”

Ms. Foshee said, “The effects of the screen where they would actually jump out and end up on stage was fabulous. The Fable of the Magic Brush … that was fabulous! The effects behind the dancers I thought that was incredible.”

The website states, “With state-of-the-art graphics technology, Shen Yun’s digital-backdrop team creates vividly animated settings, extending the stage and transporting the audience to a world where heaven and earth are one.”

Ms. Foshee said, “I did not know what to expect. … The dancing was very elegant. I thought it was beautiful.”

There were so many aspects of the performance Ms. Foshee loved. The Shen Yun costumes delighted her with their array of brilliant colors, displaying a splendid spectacle for the eyes.

The blend of traditional Chinese instruments with a classical Western orchestra was another feature Ms. Foshee appreciated.

“I thought orchestra was fabulous.”