Shen Yun Is ‘Something like you’ve never seen before’ 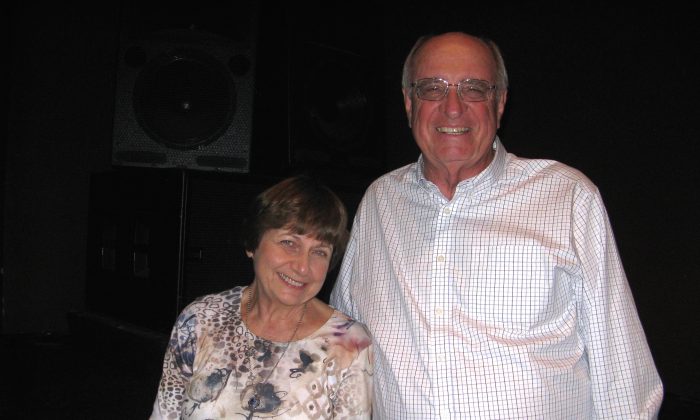 COSTA MESA, Calif.—Shen Yun Performing Arts danced across the stage of Segerstrom Center for the Arts on March 13, and Richard Riddle, retired owner of Church & Casualty Insurance Agency, and his wife Maryann Riddle, who also worked with the insurance company, loved the performance.

“I love it,” said Mrs. Riddle. “The special effects and the costuming … the color, it’s just spectacular, just very beautiful.”

The story of Shen Yun Performing Arts began in 2006, when “a group of leading classical Chinese artists came together in New York with one wish: to revive the true, divinely inspired culture of China and share it with the world,” according to the New York-based company’s website.

The performances center around classical Chinese dance and incorporate a live, full orchestra with both Eastern and Western instruments, vocal and instrumental soloists, elegant costumes, and a unique interactive digital backdrop that adds dimension to the dance.

Mr. Riddle was impressed with Shen Yun’s dancers, and he and Mrs. Riddle marveled at how the women danced across the stage.

“When the ladies move, it’s almost as if they glide,” he said. “They’re floating on the floor. It’s really interesting how they do that.”

Mrs. Riddle particularly enjoyed the background screen and thought it was very creative and fascinating.

“The way the screen is in the back, how they incorporate people coming and going,” she said. “I’ve never seen that before,” referring to an effect where the dancers appear to emerge on stage from the screen, or appear to leap from the stage to the screen.

Shen Yun’s bright colors on the stage made Mr. Riddle think of spring, all the time. He also enjoyed the humor in some of the dances and the aerial flips, spins and leaps which are all part of the classical Chinese dance. Actually, acrobatics emerged from this dance system, as the company’s website explains.

“It’s just beautiful, the way that they move so comfortably and so smoothly,” he said.

Both Mr. and Mrs. Riddle commented on the beauty of the female dancers’ costumes, which featured long, flowing sleeves.

“That was a lot of control,” said Mrs. Riddle. “The way that they did that, there was a way to wrap it around and get it, and they released it. The way they could control it, that was an art.”

Mr. and Mrs. Riddle said they would recommend the show to other people.