Shen Yun Is ‘Reinvigorating to the Heart,’ Says Musician 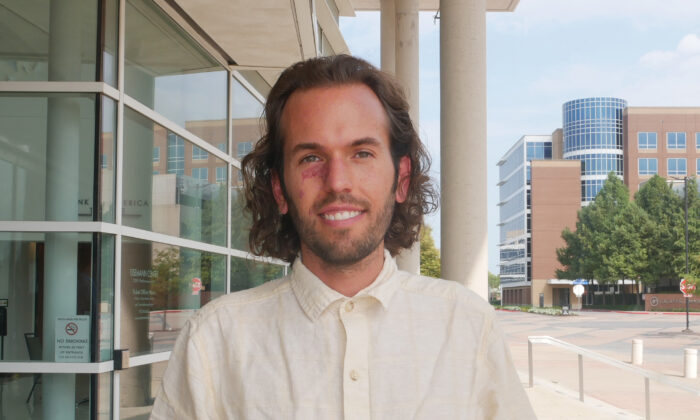 RICHARDSON, Texas—Music is a living, breathing art form, and for musician Carmelo Santini, lead guitarist of a regional gospel funk band, the music of Shen Yun Performing Arts took him through a journey of drama, balance, and immense energy.

“I think [the music] anchors the entire show together. It’s the centerpiece of the show and it’s incredible,” Santini said.“I could talk about the music for, I’m sure, at least thirty minutes.”

New York-based Shen Yun features a live orchestra that uses classical western instruments as the foundation of the orchestra while highlighting traditional Chinese instruments, such as the pipa and the erhu.

“The textures that they put together—the fusion of East and West—is really interesting and seamless,” Santini commented. “The composition and the backdrop with the story that the choreographer tells is really just brought to life by the music … the way that they sync together.

“I never say anything’s perfect, but I would say it was flawless. I thought it was amazing and it’s the second time I have seen the show.”

Santini continued to describe his experience of the orchestra, saying, “There were special moments, mostly the dynamics of the orchestra when they reduce everything very quietly and then they’re very percussive. The most dramatic moments of the show are when there’s silence.”

Santini said he’s always liked the song selections in Shen Yun. This year, he said the erhu soloist was “incredible.”

“I actually felt so much energy in my chest … I felt like I was going to have to stand up or my heart was going to jump or something,” he said of the instrumental performance. “And whenever it reached that point, it was like yin and yang almost—the balance and the contrast was profound.

“I think that the truth of the production reaches all audiences and that’s why it’s so successful. And then the way that it’s presented, it’s so refreshing. It brings joy back into life and perspective, and is like food for the soul, the spirit,” Santini said.

“Watching Shen Yun is reinvigorating to the heart. And actually, they even said that there used to be an ancient belief, which I obviously believe as a musician: that music reaches both the physical body, the ear, and the spirit or the heart.”

“It couldn’t get any better,” Santini said of Shen Yun.