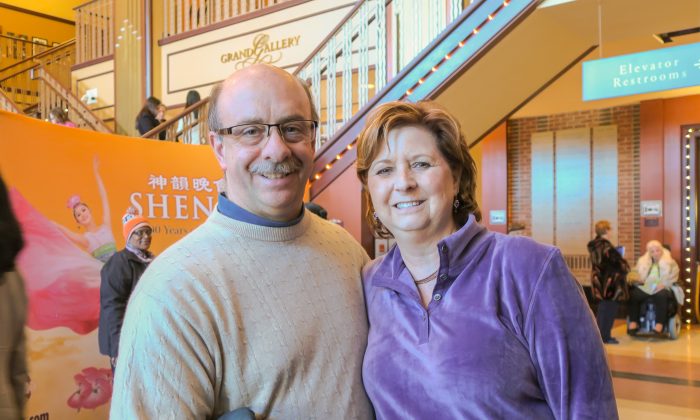 Ron Hugar and his wife attended the Shen Yun performance at the Paramount Theatre in Aurora, Ill., on April 7, 2018. (Maggie Xie/The Epoch Times)

[The performance is] very nice, very informative, very colorful. I didn’t know that Shen Yun was not able to have these performances in China. So, it was nice to see them outside [of China].”

“The costumes [and] the color of the costumes in the dance were the most impressive of all of that. [The colors made me feel] happy!”

“The backdrop was very nice. It gave it a modern feel even though it was ancient dance combined with modern techniques and technology. It was very fun the way they jump in and out of the screen.”

“It gives people a different idea of what China was and should be. The only China I know is from Disney World.”

“I’ve learned how colorful it [ancient Chinese culture] was, and hopefully that can return someday.”