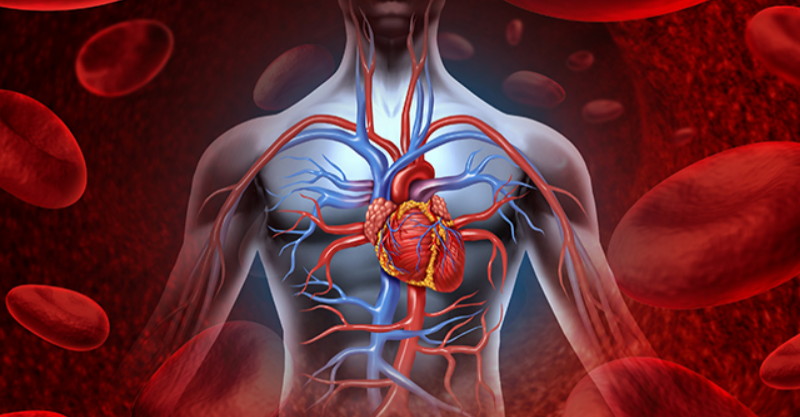 Pervasive Microplastics Are Damaging Your Cells

Since being developed, plastic has become a part of nearly every facet of daily life. Our food packaging is made of plastic, as is our clothes, our flooring, our upholstery, our face masks, and fuzzy blankets. It’s everywhere. A staggering amount of plastic also enters the environment as people dispose of single-use products, such as water bottles, personal care products, or plastic grocery bags.

Clothing made with synthetic plastic fibers designed to stretch and “breathe” releases microfibers into the water supply, and each time a plastic product is damaged, scraped, or abraded, it releases microparticles into the air. In the United States, for example, car tires, brakes, and road surfaces contain plastics. The friction of the tires on the road and brake use causes plastic to be released into the air.

These are just a few of the ways that plastic particles may be ingested or inhaled. While you likely don’t experience the direct effect every day, plastics are quite literally choking our ecosystem. Once airborne, plastics may stay in the atmosphere for up to 6 1/2 days and under the right conditions may travel between continents.

The amount of plastic that enters the environment grows each year as manufacturers continue to produce products in disposable containers and consumers continue to demand a disposable lifestyle. At a time when advocacy groups warn that plastics are falling from the sky and have become a global tragedy, the COVID-19 pandemic has driven the plastics problem to even greater heights.

Scientists have been collecting data on how plastics affect the environment, wildlife, and human health. However, a November 2021 paper suggests why past data on human health haven’t been consistent. Past research has highlighted the impact that plastic pollution and microplastics have on the environment and on wildlife. Data on the implications on human health have suggested there is emerging evidence that microplastics are toxic, and increase oxidative stress and inflammation. However, many studies haven’t drawn an association between microplastic consumption or inhalation and disease, and instead, identify research gaps and recommend further study.

The 2021 lab data published in the Journal of Hazardous Material was the first to find microplastic damaged human cells at levels relevant to the number of particles humans ingest. The study found that microplastics trigger cell death and allergic reactions.

The study was a meta-regression analysis of the toxicological impact that microplastics have on human cells. The scientists analyzed 17 studies, comparing the level of microplastics that cause cell damage and are consumed through water, seafood, and table salt. Evangelos Danopoulos from Hull York Medical School in the United Kingdom led the study. He commented on the results:

“Harmful effects on cells are in many cases the initiating event for health effects. We should be concerned. Right now, there isn’t really a way to protect ourselves. Once the plastic is in the environment, we can’t really get it out. It [research on plastics] is exploding and for good reason. We are exposed to these particles every day: we’re eating them, we’re inhaling them. And we don’t really know how they react with our bodies once they are in.”

Plastics: We Breathe Them, Drink Them, Eat Them

Danopoulos said the team’s next step is an animal study to evaluate health damage, as a human study wouldn’t be ethical. Microplastics researcher Steve Allen spoke with a reporter from The Guardian in December. He was encouraged by the results, commenting:

“This work helps inform where research should be looking to find real-world effects. It was interesting that shape was so important to toxicity, as it confirms what many plastic pollution researchers believed would be happening—that pristine spheres used in lab experiments may not be showing the real-world effects.”

Unfortunately, the ubiquitous nature of plastics in the environment has meant that globally most, if not all, people have been exposed to, and have ingested or inhaled, microplastic particles. A study published in late 2020 found microplastics in the snow and water samples on Mount Everest.

An analysis of the lowest place on the planet—water samples from the Mariana Trench in the Western Pacific Ocean—revealed the highest levels of microplastics found in the open ocean. Every ocean beach that has been tested has contained tiny plastic fibers and researchers have identified microplastics in the sediment from the Amazon River in Brazil.

In 2017, The Guardian published results of an investigation by Orb Media, which revealed 83 percent of the samples of tap water collected from more than one dozen nations contained plastic fibers. The United States had the highest rate of contamination in this study.

The researchers wrote, “Plastics become microplastics become nanoplastics, but they are all plastics, just of increasingly smaller size, allowing them to be more easily ingested and perhaps even cross the gastrointestinal tract to be transported throughout a living organism.”

Plastics in Clothing Are Absorbable Through Your Skin

Sherri Mason, professor of chemistry in the department of geology and environmental sciences at State University New York–Fredonia, has spent years studying microplastics in the water supply. In an article in American Scientist, she explains the relationship between airborne microplastic fibers and water contamination.

“In 2017, we examined 159 samples of tap water collected from 14 different countries. Eighty-eight percent of these samples showed evidence of microplastic contamination, with an average of 5.5 particles per liter. Almost all (98  percent) of these particles were microfibers, which suggests that air is the primary source of contamination.”

One study reported in National Geographic found 90 percent of table salt contained microplastics and The Guardian reported that research by Mason found Americans could be ingesting 660 particles of plastic every year if they consume 2,300 milligrams of salt each day.

Takeout food containers are another source of ingesting microplastics. One study published in 2020 found microplastics in different types of takeout containers, with the highest level found in those made of polystyrene.

BPA is a plastic additive used to reinforce products. The Center for Environmental Health (CEH) conducted months of testing that revealed even small clothing items for babies, children, and adults could contain BPA at levels 31 times higher than the limit placed by California environmental law.

BPA is an endocrine disruptor that mimics human hormones and can be absorbed through the skin. Early life exposure can increase the risk of developing disease. When the CEH tested socks, they found BPA only in those that were made with polyester and spandex. They initiated litigation against Adidas, Champion, GAP, Hanes, New Balance, and Reebok with the intent of forcing the apparel sector to remove the toxic substance from socks.

The proliferation of plastic has meant that even newborns are exposed to microplastics. A market report in 2021 showed the baby bottle market would reach $3.5 billion by 2026 and plastic bottles would account for $1.7 billion, or 48.5 percent of the market. A study published in Nature Food in 2020 analyzed the release of microplastics from plastic baby bottles to which infants may be exposed while consuming formula.

The team was led by John Boland from Trinity College Dublin. The analysis showed the bottles leaked a wide range of particles, from an average of 4 million up to 16 million plastic particles per liter. Boland commented on the study:

“We were surprised by the quantity. Based on research that has been done previously looking at the degradation of plastics in the environment, we had a suspicion that the quantities would be substantial, but I don’t think anyone expected the very high levels that we found.”

The researchers predicted that, globally, infants up to 12 months old may be exposed to 14,600 to 4.55 million microplastic particles a day, depending on region, which is higher than previously recognized due to the widespread usage of polypropylene baby bottles.

Not surprisingly, then, another study in late 2021 showed a disturbing amount of plastic in baby poop. The researchers found polyethylene-terephthalate (PET) in meconium samples, which is a baby’s first stool.

The concentration in infant stool was 10 times higher than what was found in adult samples. The plastic particles found in meconium samples suggest that microplastics are passing from mother to baby through the placenta.

Plastic use and pollution are the driving forces behind the growing challenge with microplastics in the environment and our food and water supply. During the pandemic, the problem grew at a far faster rate than in recent years. This is due in part to the waste from discarded masks, gloves, and other personal protective equipment (PPE).

Single-use medical plastic items have intensified the “pressure on an already out of control problem,” finds a recent study published in the Proceedings of the National Academy of Sciences PNAS. The result of this analysis showed that more than 8 million tons of plastic waste associated with the pandemic were generated and more than 25,000 tons have entered the oceans. Roughly three-quarters of the waste was produced by hospitals, which poses a long-lasting problem.

The paper calls for better medical waste management to protect the oceans and ultimately our food supply. The study categorized the amount of waste for different areas of the world: It found that only 30 percent of all COVID cases were detected in Asia, yet the region was responsible for 72 percent of the plastic waste discharge.

In addition to medical waste and personal protective equipment, the researchers also found larger quantities of packing material in the ocean and waterways, likely from the increase in online shopping during lockdowns. This made up 4.7 percent of the waste that entered the environment since the start of the pandemic.

Researchers predict that 70.5 percent of the waste deposited during the pandemic will end up on beaches by the end of the century. One crowdsourced project is tracking instances and observations of wildlife interacting with plastics and PPE litter, as well as noting cases where animals are trapped, tangled, or ingesting the COVID-19 trash.

Apparently, there isn’t enough plastic pollution in the food supply, so the Defense Advanced Research Projects Agency (DARPA) awarded Iowa State University and partners a $2.7 million grant to create a process that would make food from plastic and paper waste.

The intention is to use the product to feed the military men and women who have dedicated their lives to defending this country. They believe the ability to turn the paper and plastic waste products into a consumable could help with short-term “nourishment” and improve military logistics for extended missions. They estimate total funding could reach $7.8 million before the project ends.

The system seeks to convert plastic waste into fatty alcohols and fatty acids and paper into sugar that would then be bioprocessed by single-cell organisms into an edible mass that’s rich in protein and vitamins. In other words, the hope is that microorganisms can convert the endocrine-disrupting chemicals found in plastic to vitamins and proteins.

DARPA wants to turn plastics that leach hazardous chemicals, which researchers have found threaten human health, into foodstuff for the U.S. military. However, in an era where fake meat is valued over regeneratively and biodynamically grown real meat, it doesn’t take much to imagine that the next step could be plastic food for all.