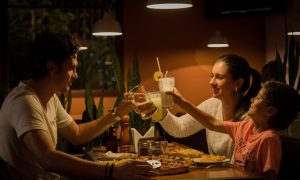 Food Then and Now: How Nutrition Has Changed
0 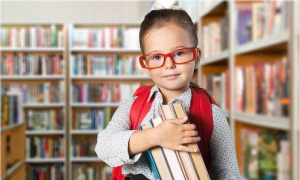 Young People Drowning in a Rising Tide of Perfectionism
0 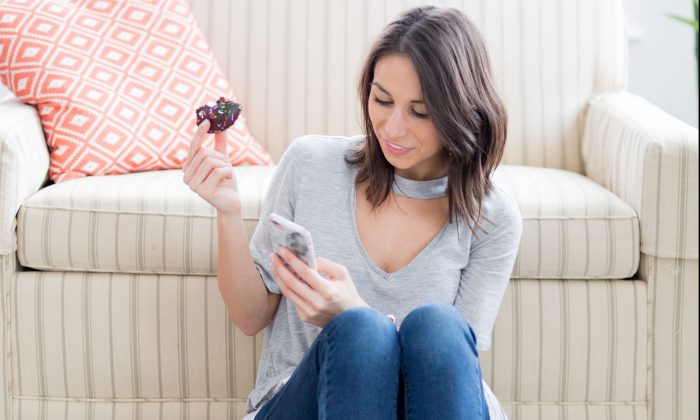 How Your Mindset Shapes Your Body

We know what to avoid: sugar, trans fats, a sedentary lifestyle, and other factors that have been promoted as clear contributors to this epidemic. So why do we keep getting bigger?

According to health editor Nancy L. Bryan, it’s because we’re overlooking the root cause: our mindset.

The impact our mindset has on our body is a subject that has fascinated Bryan for decades. Her book, “Thin Is a State Of Mind: The No-Stress Weight Loss Guide,” was first published in 1980. She says her ideas were considered “hippy-dippy” back then, but they’ve aged remarkably well.

Over the past 40 years, research has validated many of her observations.

The title of Bryan’s book doesn’t mean you can simply wish yourself thin. Instead, she points to evidence that our thoughts do indeed shape our body.

Stress and anxiety, for example, can stimulate fat-promoting chemicals like cortisol. This stress hormone is also known as the belly fat hormone because our abdominal region often swells with chronic surges of cortisol.

Scientists aren’t exactly sure why this happens. One hypothesis is that when our ancestors experienced prolonged bouts of stress, it meant their lives were in danger, so their bodies responded by creating extra abdominal fat to protect vital organs.

Although life is, in many ways, much easier than it’s ever been, we also face more things that drive us mad, and have less patience to deal with them.

The stress response is about survival and triggers the fight-or-flight state—an extreme reaction reserved for emergency situations. But today, it never seems to shut off. Although life is, in many ways, much easier than it’s ever been, we also face more things that drive us mad, and have less patience to deal with them. Debt, traffic, polarized politics, countless distractions, and detailed coverage of the latest crisis in the 24-hour news cycle can irk us into producing steady surges of cortisol throughout our day.

Dissatisfaction with our bodies adds to this modern stress mosaic. It’s frustrating to be fat, especially in an image-conscious culture where flab is considered a mortal sin. We may tell ourselves that looks don’t matter, curse unrealistic beauty standards, or camouflage ourselves under dark and blousy clothes, but we can never escape the judgment—particularly our own.

This stress and anxiety mindset follows us when we decide to shed extra pounds with a self-punishing approach: forcing ourselves into an overzealous exercise routine, restricting our diet to a miserable degree, and feeling worthless when we can’t stick to the strict regimen. Each disappointment contributes another shot of cortisol.

“We have set up exactly the wrong state of mind,” Bryan said. “We set ourselves up to fail.”

Overeating and under-exercising are significant factors in weight gain, but Bryan sees them more as symptoms than causes.

For example, when our stress response is activated, our inflammation increases, leading to painful muscles and joints. If it hurts to move, you’ll have less—perhaps zero—motivation to exercise.

Stress also prompts us to seek comfort, and for many of us that means food.

Bryan recalls a pattern throughout her life of overeating whenever life was tough. Her latest episode of stress eating began four years ago following her husband’s death. She noticed she was getting fatter, but she was too heartbroken to stop.

“Then one day, I realized that at this particular point in my life, I was eating in order to keep my grief out of my consciousness,” she said. “I was using food as a narcotic.”

According to Jacquie Lavin, head of nutrition and research at Slimming World, a weight-loss organization in the United Kingdom, also active in the United States, examining the emotional reasons behind why we indulge in the things that we shouldn’t is essential to overcoming these unhealthy urges.

Without exploring the emotional triggers that keep us fat, the only strategy we have is willpower: a mindset based in self-denial that doesn’t address the root cause of the compulsion.

“You have to step back and think: What are the things you need support with in your life? What can you do to raise your confidence? How can you tackle your stress and your anxieties? By doing that, you will probably feel the weight loss process is a lot easier,” said Lavin.

Without exploring the emotional triggers that keep us fat, the only strategy we have is willpower: a mindset based in self-denial that doesn’t address the root cause of the compulsion. Some people can soldier through on willpower for years, but it’s not a sustainable method in the long term. When willpower eventually gives out, and it always does, the weight inevitably returns.

In the process of adopting a healthy new mindset, you have to overcome the resistance from old patterns. Lavin sees two common roadblocks among those who struggle with their weight: perfectionism and rebelliousness.

Perfectionists see weight loss as an all-or-nothing endeavor, in which eating a single cookie is considered a major disaster. Devastated by this small failure, they give up and return to old habits.

Rebels find every reason to avoid doing what they’re told. Even if an established exercise and eating program works well for others, the suspicious rebel will be sure to ruin it. Because they lack confidence in their ability to follow through, they routinely sabotage their progress.

To calm the perfectionist, Lavin says, we need to be gentle and compassionate. Instead of subjecting ourselves to the harsh inner critic, we should treat ourselves as we would a good friend.

In the process of adopting a healthy new mindset, you have to overcome the resistance from old patterns.

“Because you would never beat your friend up, would you?” she said. “If you found your friend eating donuts, you would give them support and reassurance. You’d say, ‘You slipped a little bit, but tomorrow you’ll get back on track.’ Just say that to yourself.”

To tame the rebel, Lavin recommends that people understand their own personal triggers and develop their own plan to overcome them.

“When people decide what action they’re going to take, it makes them more likely to achieve it, because it’s their own,” she said.

Will a compassionate approach give you the beach body of your dreams by summer? Probably not, particularly if you’ve endured years of self-criticism and have habitually turned to food as your primary source of comfort. Changes in body and mindset will take time.

But time is a luxury many of us feel we can’t afford. People who struggle with weight are often busy taking care of others and believe they have neither the time nor energy to give back to themselves.

However, Lavin says that if we invest some time in ourselves, it can help us feel more in control of our lives.

While it’s possible to lose weight in a short span of time, experts say those who take it slowly are more likely to stay slim in the long term.

“If you’re eating a healthy diet, sleeping better, and losing weight, all of these things are going to reduce your stress level and get you out of this vicious cycle,” Lavin said.

While it’s possible to lose weight in a short span of time, experts say those who take it slowly are more likely to stay slim in the long term. If we adopt a more reasonable routine, and learn to bounce back from our failures, we can create a lifestyle that will last.

Bryan recommends learning meditation to help with this process because it quiets the reactionary mind and puts us in touch with our true selves.

Meditation also promotes big-picture thinking. When we see that our weight is triggered by stress, we can be more forgiving toward ourselves. It allows us some extra space for a new mindset to take hold.