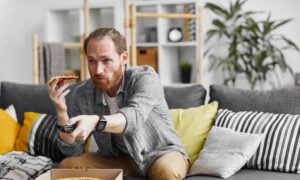 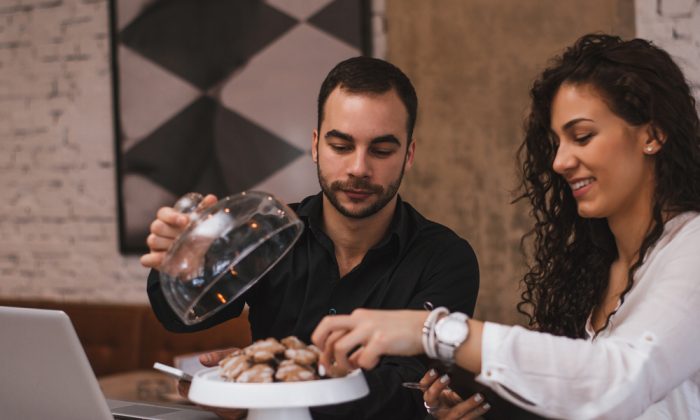 Sugar: A Dangerous and Addictive Drug?

Move over, cigarettes—sugar’s taking over as the modern public health pariah
By Conan Milner
biggersmaller
Print

We all know that eating too much sugar isn’t good for us, but does the sweet stuff qualify as a dangerous and addictive drug?

Most doctors and scientists remain hesitant to use the words “drugs” and “addiction” to describe sugar. It’s an indulgence, perhaps, but one we should be able to mediate with good old-fashioned self-control.

Yet our intake has increased remarkably. Two hundred years ago, the average American ate 2 pounds of sugar per year. Today, we each eat about 152 pounds a year, according to the U.S. Department of Health and Human Services.

Part of the reason experts are wary of labeling sugar as a drug is that it has always been part of the human diet. Although processed foods contain a lot of added sugars, whole foods such as milk, fruit, vegetables, and grains also naturally possess some sweetness. The difference is that in natural foods, sweetness always comes packaged with nutrients, such as antioxidants, magnesium, and B-vitamins, which serve to reduce the inflammatory response and hormonal upset that sugar on its own can trigger.

We know more sugar also means more calories, but we’ve been told that if we can burn off those empty calories, sweet treats cause no lasting harm.

But in recent years, a new narrative about sugar has taken hold. Large-scale studies now show that excess sugar consumption significantly raises the risk of obesity, diabetes, and heart disease and chronic inflammation. Inflammation also accelerates the aging process and may lead to cancer.

To prevent such problems, nutritionists urge us to eat no more than 10 percent of our daily calories in sugar. Most of us eat more than three times this amount, and we can’t seem to stop. The prevailing understanding is that we’re simply drawn to the alluring taste of hyper-palatable foods, but some research points to a level of physiological dependency on sugar that may rival cocaine and tobacco.

A recent article published in the British Journal of Sports Medicine looked at evidence of sugar’s potential to be a dangerous and addictive drug. It shows some surprising similarities between sugar and hardcore vices.

One of the authors, Dr. James DiNicolantonio, a cardiovascular research scientist from Saint Luke’s Mid America Heart Institute in Kansas and author of “The Salt Fix,” points out that even the form sugar takes resembles other drugs of abuse.

“It is processed in the same way that cocaine and heroin are processed from the coca and poppy plants,” DiNicolantonio said. “You take the sugar cane, boil it down, strip out all the nutrients, and refine it to the point of a pure white, crystalline substance.”

Delicious food in any form stimulates pleasure and reward chemicals in the brain, but the effect of concentrated sugar is uniquely intense. Ask anyone with a sweet tooth: Nothing brings more joy than sugar.

DiNicolantonio notes this is partly due to the destructive relationship between sugar addiction and dopamine levels in the brain.

“You end up constantly consuming sugar to boost your dopamine levels to feel good,” he said. “You’re getting these highs when you eat sugar and getting lows when you don’t. That’s a vicious cycle.”

A similar roller-coaster effect happens in the bloodstream. A strong hit of sugar spikes our blood glucose levels, which later crash once the body has processed the brownie, ice cream, or soda, leaving us hungry for more sugar in an attempt to stabilize.

Extra sugar causes insulin to spike as well. Over time, these insulin spikes can lead to insulin resistance, liver problems, and eventually Type 2 diabetes, according to Carolyn Dean, a medical doctor, naturopath, and author of several books on health and nutrition.

“Yes, sugar is a dangerous and addictive drug,” Dean told The Epoch Times, in an email.

Unlike essential nutrients—fat, protein, vitamins, and minerals—our bodies do not require sugar. But in times of scarcity, sweet foods can be critical to our survival. Sugar stimulates our bodies to create fat, which serves as energy storage to keep us going until we have access to more nourishing food.

But this biological mechanism that sustained our ancestors works against us in a sugar-rich world. When we eat sugar in any form, it signals the pancreas to secrete insulin, which allows cells to use the sugar for energy. However, if we eat too much sugar too often, we lose access to our more nutritious reserves.

“You [become] physiologically dependent on sugar for energy because you can’t really access your stored energy—fat and protein—due to the high insulin levels,” DiNicolantonio said.

So if sugar truly is dangerous, why are the dangers only now emerging, and why does scientific consensus remain elusive?

One reason is that critical information was buried for decades. The November 2016 issue of JAMA reports that researchers already understood that sugar led to coronary artery disease in the 1950s. To avoid bad press, the sugar industry sponsored a Harvard research program that successfully cast doubt on the hazards of sugar while promoting fat as the cause of disease.

But not everyone was fooled. In 1972, British scientist and nutrition professor John Yudkin published “Pure, White, and Deadly,” a book detailing the evidence of sugar’s harmful role on our health. His anti-sugar stance was so controversial that it cost him his reputation and ended his research career.

Evidence suggests that food industry influence may still obscure our understanding of sugar’s harmful effects. In 2016, University of California researchers examined all the studies of soft drink consumption in relation to obesity and diabetes published since 2000. They found that studies led by independent researchers revealed a clear link, while those sponsored by the soda industry saw no connection.

Further confusion comes from the different names given to concentrated sugars, such as evaporated cane juice or cane crystals, which suggest a healthier form. There’s also sugar’s sweeter, corn-based cousin, high fructose corn syrup (HFCS)—a product that was once promoted as a healthier alternative to sugar. Scientists have since found that HFCS causes more inflammation and promotes more fatty liver disease and insulin resistance than table sugar.

But a growing number of doctors are waking up to the shell game. Perhaps the best-known contemporary anti-sugar crusader is Dr. Robert Lustig, a pediatric endocrinologist at the University of California who specializes in the treatment of childhood obesity. Lustig considers both sugar and HFCS not only dangerous and addictive drugs, but poisons. He calls these sugar concentrates the “alcohol of the child,” in reference to the dependency and ruinous effects that befall young users.

In his latest book, “The Hacking of the American Mind: The Science Behind the Corporate Takeover of Our Bodies and Brains,” Lustig argues that our insatiable hunger for sugar has even shaped our sense of priorities. His book points to evidence that the highly stimulating dopamine rush of habitual sugar consumption has conditioned us to seek intense, short-lived pleasures rather than genuine happiness, setting us up for a life of addiction and chronic depression.

“Pleasure is the slippery slope to tolerance and addiction, while happiness is the key to long life,” he writes. “But if we don’t understand what’s actually happening to our brains, we become prey to industries that capitalize on our addictions in the name of selling happiness.”

DiNicolantonio says there’s never been a definitive study to prove that sugar is addictive, but notes there are obvious signs we should heed.

“If people are saying they can’t put down the sugar, we need to listen to them,” he said.

Dan Defigio, nutrition and fitness expert and author of “Beating Sugar Addiction for Dummies,” has worked with thousands of people to help them overcome their sugar dependence. He never intended to specialize in sugar addiction, but quickly realized that’s where people needed the most help.

“The need has been so strong, and it has probably gotten worse in the last 10 years,” he said.

If concentrated sugar is a dangerous addiction, getting clean presents a unique challenge. Unlike other drugs of abuse, sugar is cheap, socially acceptable, and hard to escape.

Like other addictions, psychology plays a big role in weaning oneself off sugar, because people often reach for sweets to feed an emotional void, Defigio says. This is why, even if we know it’s bad for us, it can still be really hard to quit.

In Defigio’s experience, only about 10 percent of people are able to quit sugar cold-turkey. For everybody else, it’s a process, and the biggest obstacle is “all or nothing” thinking. When the typical sugar addict fails at perfection, they quickly return to their old habits in shame and defeat.

“Think about the logic: ‘I fell off the wagon and I ate a cookie, so I might as well eat all the cookies,’” he said. “This is why sugar gets such a hold on people.”

As people learn to eat better and back away from sugar, Defigio also advises that they start to develop a relationship with exercise.

Exercise can give you energy and an endorphin high, replacing some of the sensations that you previously sought from sugar. It also makes your body more receptive to insulin, which helps to undo some of the hormonal upset caused by sugar.

As more people get wise to the effects of concentrated sugar, the sweet stuff seems to be heading down the same road as cigarettes. With an eye toward public health (and an opportunity to generate revenue), several cities now charge a tax on soda to discourage excess sugar consumption.

Research shows that taxing sweet drinks does cut down on use. But Defigio doesn’t believe this type of punitive solution is sustainable. Instead, he says we need to focus our energy on being more proactive about how we live our lives, treat our bodies, and feed ourselves.

“The big picture is learning to make healthier long-term decisions on a regular basis instead of just slapping on another 15 cent tax,” Defigio said.