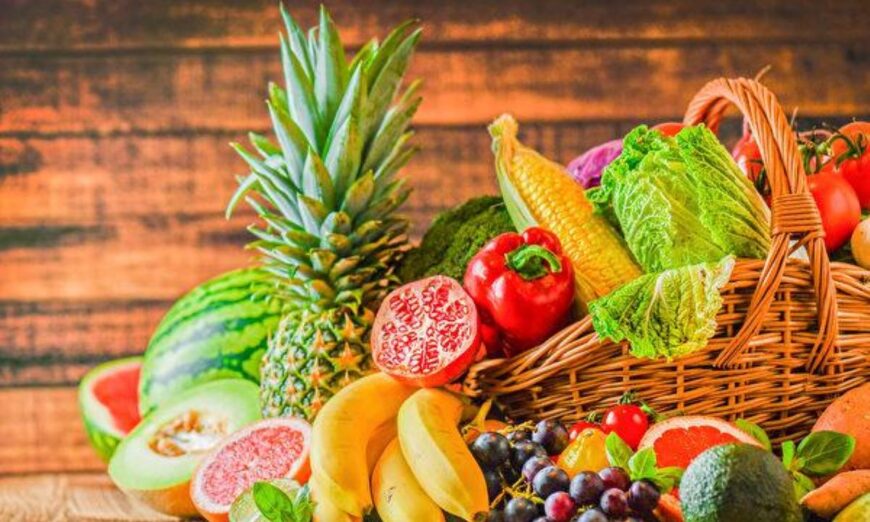 Fruits and vegetables are far more than fiber, carbohydrates, and protein. They’re complex synergies of vitamins, minerals, carotenoids, and polyphenols that can help us avoid the most prolific killers of our age. Research shows that fruits and vegetables can reduce the risk of chronic diseases, such as cardiovascular disease and cancer.

A research team led by Atsushi Goto, a professor at Yokohama City University, and Hitoshi Nakagama, president of the National Cancer Center Japan, conducted a 20-year research survey on the association between eating fruits and vegetables and all-cause mortality. The results, published in October 2022 in The Journal of Nutrition, an Oxford journal in the UK, show that people who consumed more vegetables and fruits had a 7 to 8 percent lower risk of death over 20 years, compared with those who consumed fewer vegetables and fruits.

European and American research had previously revealed that eating more fruits and vegetables can reduce the incidence of cardiovascular disease and the risk of all-cause mortality effectively, according to Goto. Yet the diet, lifestyle, and heredity of westerners are different from Asians. Thus, the research team selected 95,000 male and female volunteers, aged 40 to 69, from 11 Japanese prefectures and cities between 1990 and 1993, after excluding patients with cancer, cardiovascular disease, and liver disorders, for a long-term questionnaire survey.

Based on the results of the questionnaire, the researchers compiled statistics on the daily fruit and vegetable intake of the participants and divided them into five groups according to the amount of intake, from highest to lowest. The group with the lowest fruit and vegetable intake was the control group, which was compared to the other groups for subsequent risk of death from all-cause, cancer, and cardiovascular and respiratory diseases.

In 2018 (20 years later), the follow-up results show that the risk of all-cause death was reduced by 8 to 9 percent in the high fruits and vegetables intake group, while the risk of death for cardiovascular disease was reduced by approximately 9 percent.

The analysis of fruit intake shows that the risk of all-cause death was reduced by 8 percent in the highest intake group, and the risk of death by cardiovascular disease was decreased by 13 percent. It was particularly noticeable in women.

According to the result of the analysis, the research team concluded that vegetables and fruits, which are rich in vitamins and dietary fiber, play an important role in people’s health. It’s recommended to intake more than 300 grams (10.5 ounces) of vegetables and more than 140 grams (5 ounces) of fruits daily.

“I hope this research result can provide data as a basic reference to the general public about the daily intake of fruits and vegetables,” Goto said.

Additionally, research on nearly 1.9 million people worldwide conducted by scientists from the Harvard T.H. Chan School of Public Health and other institutions also revealed that an appropriate amount of daily fruit and vegetable intake can extend life expectancy. The research results were published in the American medical journal Circulation in March 2021.

The research discovered that not all vegetables and fruits can reduce the risk of mortality. Starchy vegetables, such as peas, corn, and potatoes, and some fruit juices aren’t associated with lowering the risk of death from all-cause or certain chronic diseases.

Green leafy vegetables, such as spinach, lettuce, and kale; citrus fruits; berries; and carrots, which are rich in beta-carotene and vitamin C, have all shown benefits in reducing the risk of all-cause and cause-specific mortality.