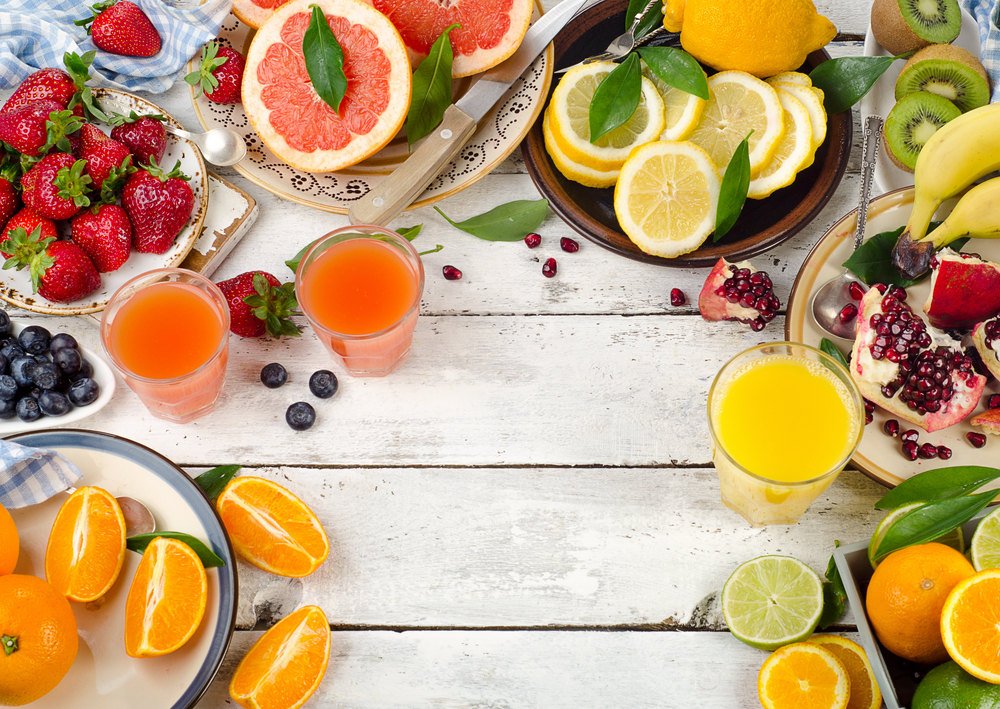 Vitamin C is required for many bodily functions, as it is, but now it seems it can even help with anxiery. (Shutterstock)
Supplements

What are the risks and benefits of using vitamin C for depression and anxiety?
BY NUTRITIONFACTS.ORG TIMEMarch 26, 2022 PRINT

“Emerging evidence suggests that higher daily intake of ﬁber-rich fruits and vegetables is associated with lower incidences of anxiety in adults and at the same time, greater happiness, higher life satisfaction, and greater social-emotional well-being.” So, “persuading people to consume more fruits and vegetables may not only benefit their physical health in the long-run, but also their mental well-being in the short-run.” Fruit consumption, for example, has a protective association with leading killers like heart disease, stroke, diabetes, and cancer, as well as depression. The question is: why?

Several different mechanisms have been proposed. For example, it may be the antioxidants and anti-inflammatory properties of produce scavenging the free radicals that are involved in some of the inflammation associated with depression. If that’s the case, what about just taking vitamin C supplements? The brain has some of the highest levels of vitamin C in the body; so, the thought is if we take extra vitamin C, it may have some sort of therapeutic role in brain diseases, especially given that it’s not just an antioxidant, but also has other critical functions in the brain, such as helping to build neurotransmitters like dopamine. But you don’t know whether it actually helps, until you put it to the test.

One study found a beneficial effect of adding vitamin C as an adjunct treatment to an antidepressant, while another study found no benefit from vitamin C supplementation.

So, there are mixed results for vitamin C and depression. Here’s another study that found no benefit when it came to depression, but those randomized to vitamin C instead of placebo pills did show a significant decrease in anxiety level. And this wasn’t only seen in this study.

The effects of oral vitamin C supplementation on anxiety in students: a double-blind, randomized, placebo-controlled trial. High school students were given 500mg a day or placebo. Taking 500mg of vitamin C is about what you’d find in five oranges, four yellow kiwifruit or guavas, or one and a half yellow bell peppers. Within just two weeks, the vitamin C reduced anxiety compared to placebo, along with providing a significant drop in heart rate.

Given these data showing vitamin C may have an anxiety-reducing effect, researchers sought to find out if only a single dose could acutely affect emotional states. And indeed, within only two hours of taking some vitamin C, subjects experienced a significant drop in anxiety compared to placebo, though only among those who started out the most anxious in the first place.

As a bonus, vitamin C supplementation may lower your blood pressure a few points, but whole fruits and vegetables can do the same thing, and may even do it better for those who need it the most. As I’ve shown previously, even just adding two servings of fruits and vegetables a day can have psychological well-being benefits within only two weeks. And you won’t be put at risk of kidney stones like you would with vitamin C supplements—though that appears to be only a problem in men.