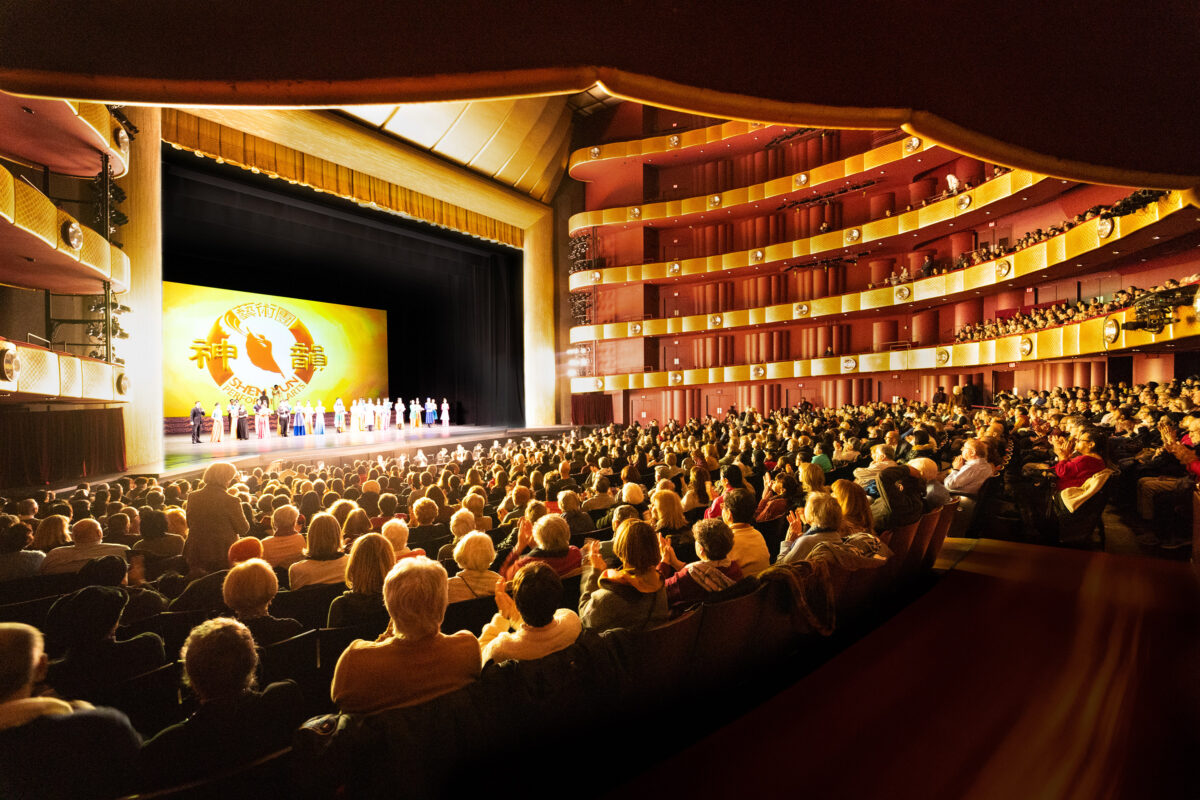 Overseas Chinese are familiar with Shen Yun. They know that Shen Yun’s performances are often sold out, the program is brilliant, and the artists are mainly Falun Dafa practitioners.

But there’s one thing the audience may not be familiar with—that the Chinese Communist Party (CCP) has gone to great lengths to sabotage Shen Yun around the world.

Shen Yun Performing Arts was founded in 2006 and is headquartered in New York. Its members include Falun Dafa practitioners. Shen Yun says its mission is to revive the five-thousand-year-old divine culture of China, and its “artistic inspiration comes from Confucianism, Buddhism, and Taoism, which are the true essence of traditional Chinese culture.” Shen Yun has six groups touring across more than 150 cities around the world, with more than 1 million seeing the show every year.

In March 2019, Shen Yun performed 15 consecutive shows at Lincoln Center in New York City, almost all of which were sold out. Although Shen Yun is an artistic production founded by overseas Chinese, people of Chinese descent account for less than 10 percent of the audience. Most of the audience are locals, and the performance has attracted many local politicians and business celebrities.

Over the years, Shen Yun has received numerous international accolades. It is precisely Shen Yun’s deep penetration among mainstream segments of society that flusters the CCP.

The CCP Has Exhausted All Means to Block Shen Yun

The CCP has tried almost every means to disrupt and ban Shen Yun overseas. However, it has only made Shen Yun increasingly popular with audiences around the world.

According to a CCP insider who is familiar with the matter, from the beginning of Shen Yun’s formation in 2006, more than a dozen CCP agencies and departments, including the Ministry of Culture, Ministry of Foreign Affairs, Ministry of Public Security, Ministry of State Security, the Propaganda Department, among others, have been mobilized to disrupt Shen Yun’s world tour. Specific measures are described below.

From ‘Four Confidences’ to ‘Four Inferiorities’

The CCP’s means of blocking and obstructing Shen Yun have had the opposite effect of increasing Shen Yun’s publicity. The CCP’s obsessive focus on Shen Yun has only increased the audience’s curiosity.

Shen Yun’s Impact on the CCP

“Benevolent governance” and “way of the king” as espoused by the teachings of ancient Chinese philosopher Mencius have some merit even today.

The CCP has ruled through domestic violence, oppression of the people, human rights violations, and persecution of religious beliefs. Externally, the CCP has lost the trust of its neighbors and has carried out espionage against friendly nations.

While what Shen Yun shows to the world is not only superb dance and music performances and dynamic backdrop design. It also depicts the traditional belief in the harmony between man and nature, respect for the Divine, and the timeless virtues of benevolence, righteousness, etiquette, wisdom, and faithfulness displayed on stage.

These traditional values uplift the audience’s hearts and inspire their minds. This is the secret of Shen Yun’s indomitable vitality and the reason why the CCP loses confidence in the face of Shen Yun.