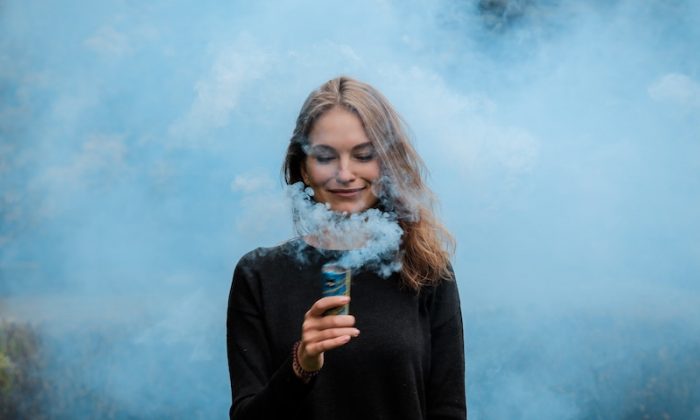 The placebo effect taps into what Howick calls our 'inner pharmacy'—chemicals with a drug-like effect that are naturally produced inside our body.
Fitness & Nutrition

Modern medicine has entered a new era, in which many suffer from overtreatment
By Conan Milner

By any measure, modern medicine is a miracle. Countless lives have been saved, epidemics averted, and suffering eased, thanks to the medical advances of the past century.

But this miracle comes with miserable side effects. Widespread addiction to prescription drugs, antibiotic-resistant superbugs, and out-of-control health care spending are a few of the problems that plague the system.

According to medical researcher and philosopher Dr. Jeremy Howick, modern medicine has clearly benefited our lives, although we’ve also lost touch with how to determine a proper dose of it. We’ve developed effective treatments for diseases that killed mercilessly in the past, but now we suffer from a new problem: too much medicine.

“For the first time since World War II, life expectancy is going down in the U.S.,” Howick said. “We do need medicine, but we’re taking way too much of it, to the point where it’s bankrupting us and it’s not healthy anymore.”

Howick’s book “Doctor You: Introducing the Hard Science of Self-Healing,” offers a compelling solution to our unhealthy dependence: learning to tap into our body’s ability to heal itself.

The concept of the body as a self-healing organism isn’t new. In fact, it’s been around as long as people have been treating illnesses. Ancient doctors from around the world noted that, given enough time and support, the body will often correct itself.

Of course, it’s much easier to come to this conclusion if all you have is observations from nature, ancient traditions, and primitive tools. Arriving at this insight today is far less likely. One big reason is our sense of entitlement. Along with the miraculous cures that emerged in the 20th century has come an expectation that there must be a pill for every ill—or there may soon be one, given enough research and funding.

This expectation has produced incredible cures, but it has also warped our understanding of what it means to be healthy. Today, 20 percent of Americans take at least five prescription drugs per day, often with little understanding or oversight about how these drugs interact with each other. Medical errors now rank as the third-most-likely cause of death in the United States. Prescription drug errors alone kill more than 100,000 Americans annually.

Meanwhile, drug researchers look at the body’s ability to self-heal more as a statistical annoyance than a blessing. In order to deem a drug effective, trials have to prove that it can outperform a placebo. The placebo effect shows that even when patients take a fake drug, their symptoms often improve.

And it’s not just pills. A 2014 study at Oxford University looked at more than 50 placebo-controlled studies of various minor surgical techniques and found that placebo surgery was as effective as the real thing in more than half the trials.

We tend to think of the placebo effect as a delusion caused by deception in order to determine an unbiased truth. It’s why double-blind trials ensure that both researchers and patients are kept in the dark about who takes the placebo and who gets the genuine drug.

But the placebo effect may also demonstrate how our minds and bodies are naturally bent toward healing—no deception necessary. In a 2016 study from Harvard Medical School, researchers discovered that even when patients were told they were taking a fake pill, the ritual of having it prescribed by a real doctor still resulted in significant improvement in back pain.

Other studies on so-called open-label placebos for IBS, depression, allergic rhinitis, and ADHD all have shown positive effects.

The placebo effect isn’t merely a trick of the mind. It taps into what Howick calls our “inner pharmacy”—chemicals with a drug-like effect that are naturally produced inside our body.

Becoming conscious of our inner pharmacy may make it more effective. One study looking at preoperative patients examined how much of an effect such insight had on painkiller use. Researchers educated half the patients about endorphins—the body’s own painkilling chemicals—while the other half received no such education.

After the operations, everyone in the non-educated group filled their painkiller prescriptions, but only 10 percent of the educated group opted for drugs.

So if our inner pharmacy can be stimulated simply by suggestion, why isn’t more done to promote this self-healing mechanism? Howick believes it’s primarily an issue of profit. The medical industry sees the healing potential, just not the market potential.

“If you work at GlaxoSmithKline, you have an amazing cafeteria with healthy food, way healthier than you get in any hospital,” he said. “They teach mindfulness and yoga. They have programs to help their workers from taking drugs, but their business model for us is for us to take more drugs.”

Fortunately, we don’t have to wait for the pharmaceutical industry’s blessing to access our body’s self-healing abilities. Diet and exercise are well-established strategies for improving our health, but there are many other things we can do to influence our well-being. We can keep close friends, have gratitude, and cultivate a positive outlook. Perhaps part of us has always known that such behaviors are good for us, but recent science is bringing clarity to their therapeutic value.

Mounting research has begun to quantify the therapeutic value of these approaches in the same way we quantify the effect of drugs.

Even the demeanor of our doctor can have a quantifiable effect on our health. Howick says that a doctor who expresses empathy can have many of the same benefits as over-the-counter drugs for pain, depression, and anxiety.

Once referred to as “bedside manner,” empathy is an idea close to Howick’s heart. He’s the director of Oxford University’s Empathy Program, which looks at the effect that empathy has on healing. His team published a systematic review of randomized trials that demonstrates just how powerful it can be.

One study found that doctors who receive empathy training see their patients’ pain reduced by a point on a 10-point scale. It may not sound like much, but it’s enough to take the pain from severe to moderate, or moderate to mild. For some patients, that small shift can make a huge difference.

“In the context of the opioid crisis, people often start taking these drugs and it leads them on a path to stronger and stronger drugs, and for many, it leads to dependence and death. Whereas communication can actually help,” Howick said.

One reason why empathy is so effective is that helps alleviate the feeling of loneliness that so many of us suffer. Research has found that, on average, feeling isolated is as bad for your health as smoking. Having another person with whom we can share our worries and concerns, and knowing that someone has our back, can give us a much-needed feeling of support and reduces our stress.

So how do we determine when to take medicine and when to let nature take its course?

First, consider the severity of the problem. Drugs used to treat a mild headache, for example, don’t perform better than a placebo. Big problems, however, require more intervention.

“If you get in a car accident, go to the hospital. But most things that we go to our family doctor for do not need drugs,” said Howick.

When you need medical care, opt for the most conservative, least expensive, and lowest risk treatment option first. Drugs and surgery can be lifesavers, but they can also have side effects worse than the disease they are designed to treat.

When facing a serious health problem, consider the evidence behind the suggested cure. Aggressive cancer treatments, for example, are often the first choice among patients desperate to save their lives. They rarely realize, however, that these harsh procedures were never approved, based on trials where they look at mortality as an outcome.

“You want to know if you’re going to live better and longer,” Howick said. “The majority of these trials were based on surrogate outcomes—like tumor-shrinking—which is important from a pathophysiological point of view, but it might come back more aggressively.”

Modern medicine can rescue us from extreme circumstances, but for general health maintenance, seek modalities that work with your body’s self-healing system.

Ed Paget, an osteopath and movement coach from Alberta, Canada, recently saw a patient who had suffered from a migraine for more than six months.

“It was so bad she couldn’t drive, had to quit school, and would go to the hospital just to get some pain relief,” Paget said.

But getting to the bottom of his patient’s pain required some sleuthing.

“We looked at all the areas of her body that could be impacting or contributing to her migraine and the one thing that stood out was a fall that she had on her tailbone prior to getting the pain,” he said.

With some gentle hands-on work to put her tailbone back in line, the migraine disappeared.

“The body is always trying to get better,” he said. “Even if you are dying of cancer, a cut on your skin will start to heal. Most of the time, we have to find the reason the body isn’t recovering. Remove it and let nature do the rest.”

Finally, realize how strong you truly are. Nature is full of self-healing mechanisms. And as a part of nature, our bodies naturally exhibit similar features. Every 15 minutes, our bodies make a billion and a half new cells. Pound for pound, our bones are stronger than steel. Our blood vessels are swimming with powerful cells that constantly seek and destroy harmful microbes.

Consider that, in a world where we are surrounded by numerous forces that can cause our demise, serious illness is relatively rare.

“People may say, ‘Well if the body is so amazing, how come we get sick?’ But it’s the other way around, given that all the parasites and germs that come into our body all the time could potentially kill us,” Howick said. “The fact that most people remain healthy for their whole lives, that is the amazing thing. And that’s a testament to the incredible nature of the human body.”