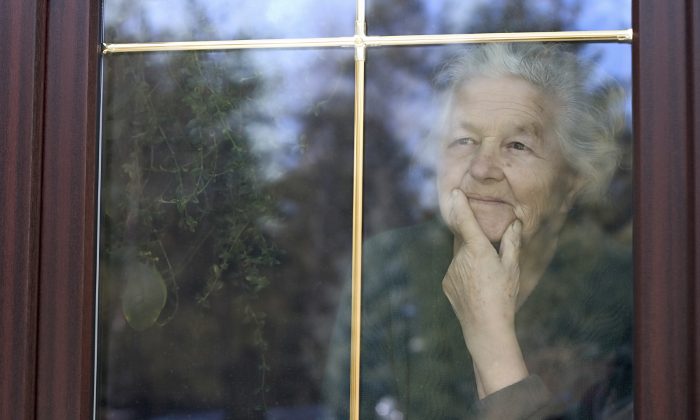 Contrary to popular belief, Alzheimer's disease is not a normal sign of aging. (absolut_100/iStock)
Global Q&A

Your Memory Lapse is Not Necessarily Alzheimer’s Disease

You go to the store to grab a few things, but once inside you can’t remember what you came to get.

Although forgetfulness can be annoying, it doesn’t necessarily mean you’re developing Alzheimer’s disease.

The progressively worsening dementia in Alzheimer’s is caused by the proliferation of abnormal structures in the brain known as beta-amyloid plaques and tangles.  However, this degenerative condition is not a part of the normal aging process.

The Epoch Times talked to Dr. Gregory Jicha of the University of Kentucky’s Sanders-Brown Center on Aging to clear up some common misconceptions about Alzheimer’s disease, and what can be done to prevent it.

The Epoch Times: What’s the difference between dementia and plain old forgetfulness?

Dr. Gregory Jicha: In general, what happens with the brain as we age is that our thought processing slows down, but the accuracy of what eventually comes out of the system—our wisdom so to speak—actually improves. It increases no matter how long we live.

So you may run into someone at the grocery store. You know you know them but their name escapes you. After you work your way through that awkward conversation, boom, the name pops into your head.

Or you may have this experience where you’re discussing a movie or a TV show and you just can’t pull up an actress’ name. But an hour later, boom, that name pops into your head. That’s slowing of thought, but it’s still working.

For the folks who develop Alzheimer’s, it’s not going to come over time. It’s not a matter of allowing the brain to catch up. It’s just not going to work.

A common complaint we hear in the aging population is coming up with names, or coming up with a word they want to use. If it’s coming, but it’s just coming slower than before, that would be normal. If it isn’t coming at all, that could really be Alzheimer’s disease.

If folks are not just having difficulty coming up with names of people or words, but they’re having difficulty expressing themselves or understanding what other people say to them. These are all clues that this isn’t just a slowing down with aging, but that there are difficulties with the brain and how it’s functioning.

ET: Could you also explain the difference between Alzheimer’s and dementia?

Dr. Jicha: Dementia has many different causes. Alzheimer’s is just one of them. One could have dementia or memory problems that are causing difficulty with daily life because they have Alzheimer’s plaques and tangles in the brain. Or they could have dementia because they had a couple mini-strokes. That damages the brain in a different way biologically.

So when we say dementia we’re really talking about an umbrella term that encompasses all of the different things that could happen to the brain to influence our thinking and function. Once a patient or family member reports memory changes that are bothersome and affecting their life, the doctor knows there is a dementia present. What he has to figure out is the medical reason. Is it Alzheimer’s? Is it vascular disease? It is a metabolic problem? Is it a problem with the medicines one is taking? Is it one of the other dozen different forms of degenerative dementia?

ET: So dementia is the symptom, while Alzheimer’s is just one possible diagnosis.

Dr. Jicha: That is correct, but you know many folks don’t like using the “A” word. This is true even of doctors. Sometimes people just feel more comfortable saying “dementia,” as opposed to Alzheimer’s. I have patients who see me who say, “I don’t have Alzheimer’s, my doc just says I have dementia.” This is irrespective of whether they have Alzheimer’s or not.

It makes them feel a little bit better, but really it does a disservice to patients and family members, because we need to know what the medical reason is in order to make sure we’re treating it most effectively.

ET: Some people believe that dementia is just a natural side effect of getting older. Is this true?

Dr. Jicha: Absolutely not. I have the pleasure of treating people who are over the age of 90, even over the age of 100 on a regular basis, and many of these folks maintain their sharpness and their cognitive abilities despite the other age related issues that one could accumulate over time. So it’s not inevitable.

We know from autopsies looking at brain tissue that a 90-year-old brain is certainly different than a 20-year-old brain, but when it comes to Alzheimer’s disease or other forms of pathology the brain can be completely clean and never develop these different problems.

We know that healthy brain aging is achievable and that gives us a lot of hope.

ET: What risk factors are there for dementia, and what can we do to prevent it?

Dr. Jicha: The risk factors for dementia are many, and they are going to be different for each individual person. The first that should be mentioned is some of the risk attributed to genetics. We know diseases like Alzheimer’s will run in families.

With that being said, these are not inescapable genetics. If you inherit one of these genes, you’re going to be more likely to come down with Alzheimer’s or a disease like it, but it’s not inevitable. Of course, we can’t change our family or genetic profile, so if you have a relative who suffers from a disease like Alzheimer’s you’re going to have to work a little harder to avoid some of the other risks that are part of our environmental exposure—our avoidable risks.

These avoidable risk factors largely fall into two categories. One is injuries to the brain. Anything that injures the brain is going to make you more susceptible to the development of dementia and Alzheimer’s disease. We know that head injury, concussions, especially repeated concussions, increases your risk not only for Alzheimer’s but for other brain diseases like Parkinson’s. We know that NFL football players are coming down with memory problems from repetitive, closed head injuries at very early ages, secondary to other forms of dementia, such as CTE [chronic traumatic encephalopathy–a progressively degenerative condition caused by repeated concussions and traumatic brain injuries].

We also know that folks who have had strokes or who are having wear and tear from a vascular cause on the brain are going to be much more susceptible to dementia and Alzheimer’s. Hence, within that category of brain injury related to vascular damage we see many of the avoidable risk factors for dementia: uncontrolled diabetes, high blood pressure, and high cholesterol. These are risk factors for strokes and heart attacks, but they are also risk factors for Alzheimer’s.

Now if you have diabetes or high blood pressure and your doctor is controlling it well, and your blood sugar, lab values, and measured blood pressure are all normal, you’ve essentially eliminated that risk for Alzheimer’s. So it’s very important that those medical risk factors are addressed.

The other risk factors beyond medical problems that could injure brain are really looking at what we know is important for brain health. We do know that physical exercise is not only good for the body, it causes the release of BDNF (brain derived neuro trophic factor)—in essence Miracle Grow for the brain. Something that gets breathing and your heart rate up a bit is very powerful for brain health. So if you’re leading a sedentary lifestyle, that’s a risk for Alzheimer’s.

Likewise, a healthy diet, a Mediterranean diet rich in vegetables, olive oil, and nuts is remarkably beneficial for the brain. If your diet is the converse of that, it is in and of itself a risk factor for Alzheimer’s.

We also know that cognitive activity stimulates the brain and keeps it healthy. So if you live a lifestyle where you are devoid of cognitive stimulation that is also a risk factor.

So if we reduce injury to our brains, and also think about what we can do to improve brain health, we can really target major environmental risk factors and prevent Alzheimer’s as we age.

ET: How do you tell the difference between Alzheimer’s and other forms of dementia?

Dr. Jicha: We’ve developed the ability to actually determine if the disease is biologically Alzheimer’s in living humans. We can do that simply by looking at a picture of the brain—a cat scan, or an MRI—that may show shrinkage or atrophy in the brain in a pattern that is consistent with Alzheimer’s. We can actually measure Alzheimer’s in spinal fluid, and we can do scans now that look at amyloid in the brain. This can tell us what we used to have to wait for an autopsy to find out.

With that being said, most people are not going to undergo that testing. They’re going to recognize the symptoms first through memory change that is occurring over a very short period of time—a year or several years—representing a change from past performance. That’s when they’ll seek out medical help.

The purpose of seeking out medical help is to see what we can do to slow that process. There is a practice parameter that doctors should follow that has been developed by the American Academy of Neurology. It includes a series of blood tests and a picture of the brain to look for other medical causes that could mimic Alzheimer’s disease.

Are My Memory Lapses Normal or Could This Be Alzheimer’s Disease?

Many folks are concerned when they start to develop a memory problem. They don’t want to visit a doctor because they’re afraid of getting the bad news. But in a community based study we found that almost one out of three people who develop a memory problem will have an identifiable neurological reason that is not a degenerative neurological disease.

Of course, we don’t have a cure for Alzheimer’s disease. We’re working on those medicines. Right now we don’t have them, but what we do have available are medicines that can help with memory, that can help slow down the progression of symptoms, that could buy people six months, a year, two years, maybe more of quality life and quality time.

Just because someone comes down with Alzheimer’s doesn’t mean that life is over for them. It means that life is precious and we need to make the most of it every day. More than likely, if caught early we can have years and years ahead of us, but only if we can recognize the problem and make sure that there aren’t other medical issues complicating matters.