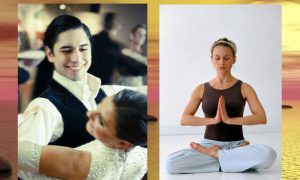 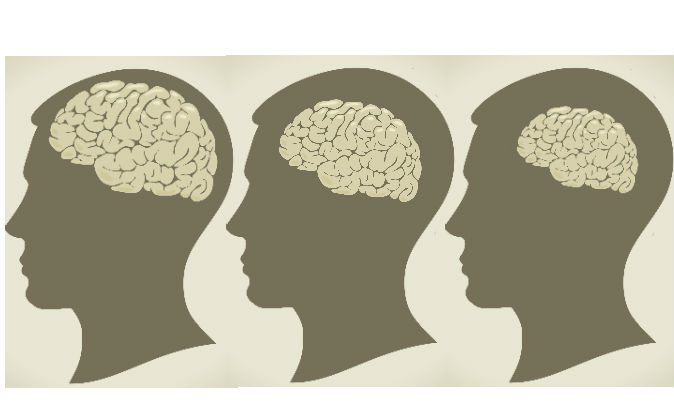 Your brain may be shrinking you may be losing as much as 0.4 percent every year. (Vladgrin/iStock; edited by Epoch Times)
Alternative Health

Your Brain Is Shrinking but You Can Reverse It

Meditation isn’t just about being “zen” or something ideological. It has physical impacts on the brain and thus great potential in preventing diseases of the brain. Here’s a look at changes in the brain due to meditation as they’ve been observed in various studies over the years.

Stop Your Brain From Shrinking

Everyone experiences brain shrinkage as they age, sometimes starting as early as the age of 30 but usually after the age of 40. By the end of your life, the volume of your brain tissue will probably be close to that of a 7-year-old child. A higher rate of shrinkage can contribute to dementia, premature death, depression, risk of stroke, and more.

This Is Your Body On Meditation (Infographic)

A 2011 study at the University of California–Los Angeles also found that meditation could slow brain shrinkage due to aging. Eileen Luders, who led the study, said in a press release, “If practiced regularly and over years, meditation may slow down aging-related brain atrophy, perhaps by positively affecting the immune system.”

Keep All Your Wires Connected

Meditation not only strengthens gray matter, it also strengthens white matter (a network that connects the gray matter). A University of California–Davis article describes white matter: “[If the brain] were a computer network, gray matter—a … portion that contains nerve cells and capillaries—would be the computers and white matter the cables.”

Luders said: “Our results suggest that long-term meditators have white-matter fibers that are either more numerous, more dense or more insulated throughout the brain. … We also found that the normal age-related decline of white-matter tissue is considerably reduced in active meditation practitioners.”

In addition to preventing brain shrinkage, meditation can help you emit a supernormal level of gamma waves.

Gamma waves are described as “some of the highest-frequency and most important electrical brain waves.” The production of gamma waves requires thousands of nerve cells to act at extremely high speeds in unison.

Some of the monks in his study produced gamma wave activity more powerful and of higher amplitude than any documented case in history.

Davidson found some of the monks in his study produced gamma wave activity more powerful and of higher amplitude than any documented case in history. The movement of the waves was also far better organized than the wave movement produced by the non-meditating test volunteers.

In 2012, neuroscientists at the University of Wisconsin attached 256 sensors to the skull of Tibetan monk Matthieu Ricard. They found that when he meditated on compassion, he also emitted gamma rays at a level that shot off the charts, according to the Smithsonian Mag website.

Strengthen Parts of the Brain Related to Happiness and Peacefulness

Ricard has been dubbed the “world’s happiest man.” Researchers could tell by looking at the activity in different parts of his brain that he has “an abnormally large capacity for happiness and a reduced propensity towards negativity,” according to Smithsonian. The study found similar effects—though not so pronounced—even in people who only meditated for 20 minutes per day over the course of three weeks.

MGH’s Sara Lazar, Ph.D., said in a press release that the study demonstrates changes in brain structure consistent with the improvements experienced by the participants, such as “a sense of peacefulness.”

Over the course of eight weeks, Lazar observed that the concentration of gray matter changed in brain regions associated with learning and memory, emotion, self-referential processing, and perspective taking.