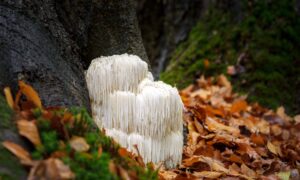 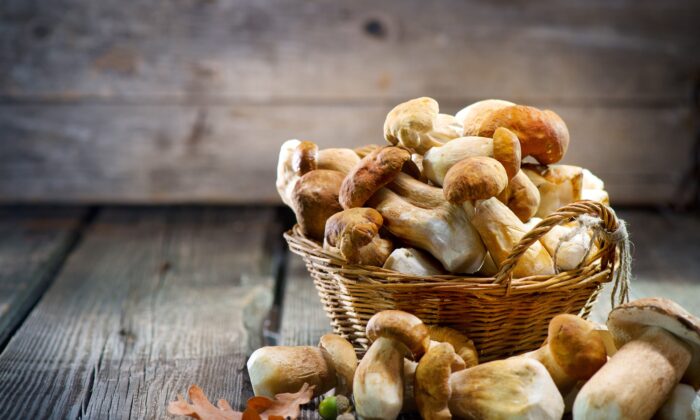 A recently published literature review found that eating 18 grams of any type of mushroom contributes to reducing your potential risk of cancer. Mushrooms aren’t plants or animals. They are umbrella-shaped fruiting bodies of a fungus that typically grows above ground.

Mushrooms produce millions of microscopic spores that are spread by animals or the wind. Once these have germinated in wood or soil, they send out a network of rooting threads called mycelium that can persist for many years. Mycelium digests the surrounding nutrients externally and then absorbs those nutrients.

Scientists don’t believe that all mushroom species have been identified. Neither do they agree on how many species there may be, with estimates ranging from a low of 45,000 cataloged species in 2015 to a high of 1.5 million to 5.1 million yet to be discovered and named. According to a paper in the American Society for Microbiology, in 2017, there were 120,000 identified species, which the researchers estimated may be just 3 percent to 8 percent of the actual total.

In ancient Egypt, mushrooms were thought to bring long life. They have also been used for centuries by Chinese medicine practitioners. The Greek physician Hippocrates used the amadou mushroom for cauterizing wounds and as a potent anti-inflammatory. The first people populating North America used puffball mushrooms to heal wounds.

Despite a long history of medicinal use, Western medicine has only just begun exploring the depth of benefits available from fungi. As people develop methods to test individual compounds, they have discovered that “mushrooms are nature’s miniature pharmaceutical factories, rich in a vast array of novel constituents and wide open for exploration,” two such researchers wrote in the journal Integrative Medicine.

2 Mushrooms a Day May Lower Your Risk of Cancer

Researchers from Pennsylvania State University performed a literature review and meta-analysis seeking to assess an association between the risk of any type of cancer and mushroom intake. They pulled data gathered from Jan. 1, 1966, to October 31, 2020, and found 17 out of 841 identified studies that met the criteria for inclusion.

Analysis of data from more than 19,500 cancer patients revealed individuals with the highest consumption of mushrooms had the lowest risk of any type of cancer. Importantly, there was substantial variation in the results between studies.

However, researchers also found that the higher consumption of mushrooms was consistently associated with a reduction in risk in cohort studies and case-control studies when compared against those eating the least number of mushrooms.

Interestingly, the scientists found a specific link between high mushroom consumption and low risk of breast cancer, which they wrote may be “due to the small number of studies which examined associations of mushroom intake with other site-specific cancers.”

The scientists reported in a statement that those who consumed 18 grams of mushrooms, or about one-eighth to one-fourth cup, daily had a 45 percent reduced risk of cancer. John Richie, one of the researchers at Penn State, commented on the results:

“Overall, these findings provide important evidence for the protective effects of mushrooms against cancer. Future studies are needed to better pinpoint the mechanisms involved and specific cancers that may be impacted,” he said in a press release.

Another researcher on the team pointed out: “Mushrooms are the highest dietary source of ergothioneine, which is a unique and potent antioxidant and cellular protector. Replenishing antioxidants in the body may help protect against oxidative stress and lower the risk of cancer.”

According to the U.S. Department of Agriculture, on average, people eat about three pounds of fresh mushrooms every year and 87 percent of those are grown domestically. Mushrooms have a high nutrient content, providing essential minerals such as manganese, copper, zinc, selenium, calcium, magnesium, and iron.

Compared to their size and weight, they are a rich source of protein and fiber. They are high in potassium and sulfur, as well as many of the B vitamins such as riboflavin, niacin, and pantothenic acid.

Mushroom varieties have antioxidants that other plants or fungi don’t possess, such as ergothioneine. One paper in the journal Molecules says, “ET [ergothioneine] is concentrated in mitochondria, suggesting a specific role in protecting mitochondrial components, such as DNA, from oxidative damage.”

Mushrooms also contain unusually high levels of glutathione, important for the detoxification of heavy metals and other contaminants. Glutathione is often described as the “master antioxidant” as it plays a powerful role in reactivating other antioxidants.

Researchers at Penn State University think the high amounts of glutathione and ergothioneine in mushrooms give them anti-aging potential. These two antioxidants can help combat many of the diseases of aging, including cancer, coronary heart disease, and Alzheimer’s, they said.

One of those researchers expanded on that point in a release following the publication of a paper in Food Chemistry.

“What we found is that, without a doubt, mushrooms are the highest dietary source of these two antioxidants [ergothioneine and glutathione] taken together, and that some types are really packed with both of them,” said Robert Beelman, professor emeritus of food science and director of the Penn State Center for Plant and Mushroom Products for Health.

“There’s a theory—the free radical theory of aging—that’s been around for a long time that says when we oxidize our food to produce energy there’s a number of free radicals that are produced that are side products of that action and many of these are quite toxic.”

Beelman said the body uses mechanisms such as ergothioneine and glutathione to control these free radicals, but eventually, free radicals accrue and cause damage associated with diseases such as cancer and Alzheimer’s.

The current study analyzed the potential relationship between mushrooms and cancer. However, Beelman has focused on the relationship with neurodegenerative conditions, pointing out that in countries such as France and Italy, where people have more ergothioneine in their diet, they have lower incidences of neurodegenerative diseases. Meanwhile, in the United States, where people have less ergothioneine in their diet, there are higher rates of diseases such as Parkinson’s and Alzheimer’s.

“Now, whether that’s just a correlation or causative, we don’t know. But, it’s something to look into, especially because the difference between the countries with low rates of neurodegenerative diseases is about three milligrams per day, which is about five button mushrooms each day,” said Beelman.

One way many people get those health-promoting benefits is from consuming shiitake mushrooms. These are popular and versatile, a great addition in a variety of dishes. They have a rich buttery flavor, which becomes smokey when the mushrooms are dried. They’re loaded with vitamins, minerals, and compounds that are remarkably beneficial for your health, even though they are close to 90 percent water.

When dried, mushrooms offer the greatest nutritional value as they are more concentrated. One nutrient is lentinan, which is an active polysaccharide that appears to enhance T helper cell function and stimulate interferon, interleukin, and normal killer cells.

One study in 2015 revealed that whole dried shiitake mushrooms could improve human immune function. The researchers engaged 52 healthy adults who ate up to 10 grams of mushrooms each day for four weeks.

At the end of the study, the scientists found an increase in the proliferation of T-cells and natural killer cells and a greater ability to activate receptors. Biomarkers suggested the mushrooms improved gut immunity and reduced inflammation. Compounds in shiitake mushrooms have been found to effectively treat or protect against cancer, infectious diseases, inflammation, and heart and liver problems.

Another study published in Nutrition Reviews showed that the lentinan and several beta-glucans in shiitake mushrooms exhibited “marked anticarcinogenic activity, immunity-stimulating effects and may participate in physiological processes related to the metabolism of fats in the human body.”

Including mushrooms in your daily diet may also help keep your cognitive functioning intact. Research published in the Journal of Alzheimer’s Disease found adults who routinely ate two portions or more of mushrooms a week reduced their odds of mild cognitive impairment by 43 percent.

This was independent of confounding factors such as heart disease, high blood pressure, age, and alcohol and cigarette consumption. The researchers defined one portion as three-quarters of a cup of cooked mushrooms. This was meant as a guideline since the results demonstrated that even a small portion each week could be beneficial.

Ultimately, the researchers concluded the reason the participants who ate two servings of mushrooms each week had a reduction in mild cognitive impairment was the result of ergothioneine, found in each of the varieties of mushrooms included in the study.

Choose Organic or Grow Your Own

I highly recommend adding mushrooms to your diet as they are an excellent addition to any salad and go great with all kinds of grass-fed meat and wild-caught fish. However, it is important to choose organically grown mushrooms as the fungi easily absorb air and soil contaminants.

Growing your own mushrooms is an excellent option and likely a far safer alternative than foraging for wild mushrooms.

Although foraging may sound like fun, it’s vital to recognize the need for caution. Unfortunately, there are no simple rules to distinguish the difference between toxic and edible mushrooms. And, in more than 95 percent of cases in which toxicities were reported, amateur mushroom hunters had misidentified a poisonous mushroom.

The severity of the poisoning can vary, but the most toxic effects come from mushrooms containing Amanita phalloides. There’s no antidote for amatoxin poisoning, so it’s essential if you have any reason to suspect someone has ingested an amatoxin-containing mushroom you don’t wait for symptoms but seek immediate emergency treatment.

There are some medications that may help lessen the severity of the poison, but they aren’t always successful. The most famous of the Amanita mushrooms is the lethal death cap mushroom, which may kill more people each year than any other type of mushroom.