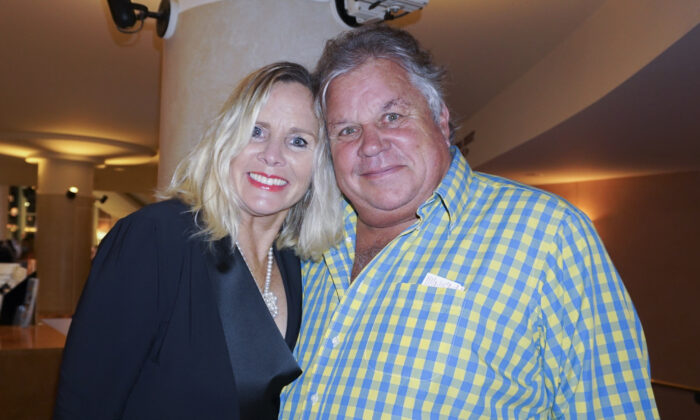 WEST PALM BEACH, Fla.—Kat Conway is a filmmaker and former dancer. After seeing Shen Yun Performing Arts, she was happy to have experienced firsthand the diversity and spiritual wealth of China’s 5,000-year-old culture.

“I grew up dancing, so I have an extra appreciation for these dancers,” she said.

“It’s absolutely incredible to learn more about the Chinese culture—a different aspect or different interpretation,” Conway said. “I didn’t realize they were so spiritual.”

The dancers of Shen Yun are trained in classical Chinese dance as well as China’s dozens of ethnic dance styles. According to Shen Yun’s website, China has a total of 56 distinctive ethnic groups. Every year, Shen Yun showcases a few of these cultures, sharing the essence of their beliefs and traditions with audiences around the world.

Conway said she enjoyed the dances from different areas of China and was fascinated to learn about the “Yi” people.

“Their dances reminded me of country-western [or] Dutch, which is very interesting,” she said.

Bill and Helena Gates are owners of a company involved in national defense. They brought their granddaughter, Grace, to see Shen Yun to inspire her.

Coming from Eastern Europe, Mrs. Gates saw many similarities between the scenes Shen Yun portrayed of modern-day China and her experience of communism in her home country.

She felt that no matter the government, the people of every nation all have the same wish.

Mr. Gates said it is worth noting that Shen Yun is not able to perform in China. He said he hoped that those who can travel out of China will see Shen Yun.

John Garvey, CEO, and President of Garvey Venture LLC was struck after learning about the oppression suffered by many people under the ruling Chinese Communist Party in China.

“It’s heartrending to see the oppression,” he said.

Mr. Garvey was referring to the dance telling the story of Falun Dafa practitioners who are persecuted for their faith. The story ends on an uplifting note of hope.

“I think it’s a universal feeling or aspiration. I think it resonates in other religions too, particularly like in Christianity, for instance,” he said.

“I think it’s extremely important to preserve those cultural traditions and, and then to pass them on to future generations … to others in the world,” he said.