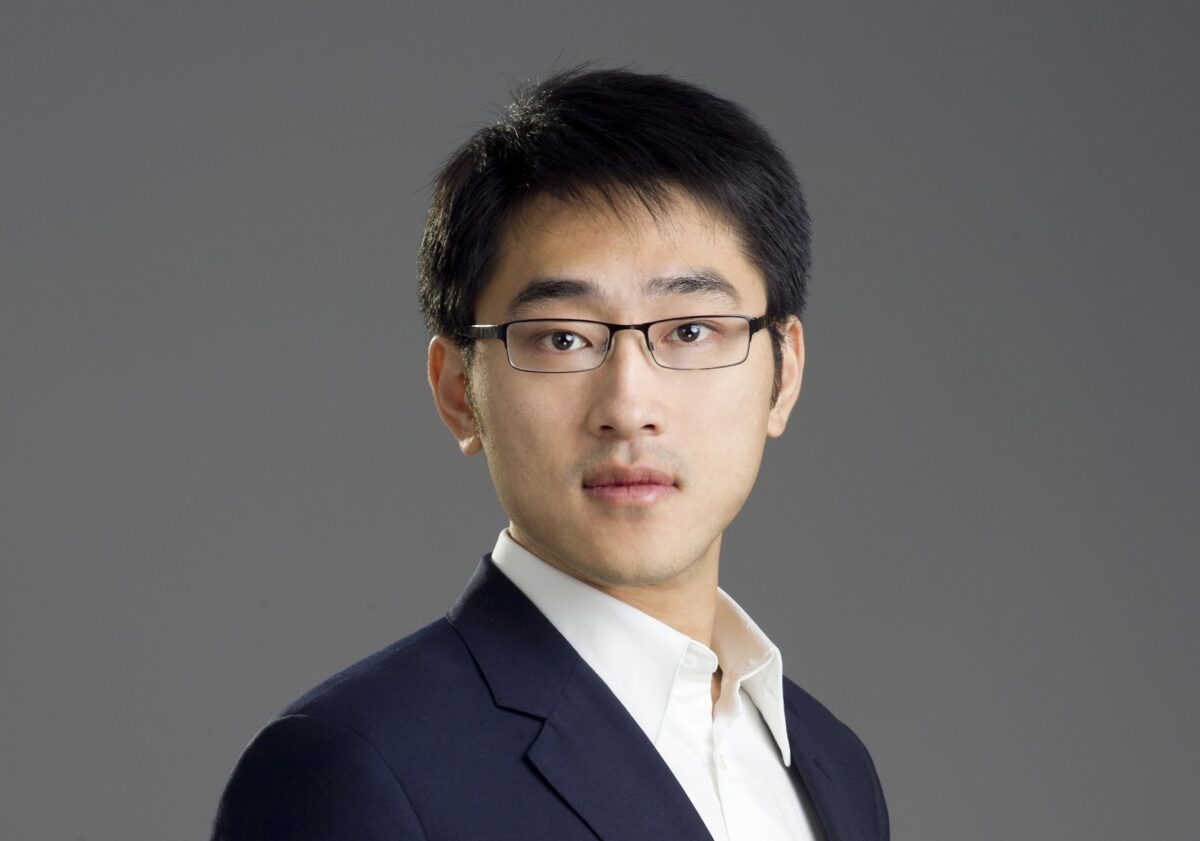 What Does Ballet Have to Do With Classical Chinese Dance and Shen Yun?

Gu attended Beijing Dance Academy at age 20 to specialize in classical Chinese dance and was part of an intensive program that condensed a six-year curriculum into four years. He went on to earn a number of prestigious awards, including the 2003 First Prize for trio dance at China’s most renowned competition, the Peach & Plum Cup Dance Competition, the Teacher’s Award, first prize at the Beijing Dance Competition, and the Shandong Province Dance competition, among others.

His illustrious career was seemingly cut short when Gu sustained an injury in his torso. To his dismay, he realized he would have to retire from the stage.

Nonetheless, he wanted to continue working with classical Chinese dance, so Gu took a teaching position in Los Angeles.

How Shen Yun Is Different

In the United States, he was intrigued to discover that New York-based Shen Yun Performing Arts was sparking widespread interest in classical Chinese dance all across the country. He finally saw a performance of Shen Yun for himself and was so inspired artistically that he sought to join the company.

At Shen Yun, Gu quickly discerned many differences from the training he was used to, not the least of which was the fact that ballet was nowhere to be found, not even in teaching dance fundamentals.

“I am, you could say, a product of Beijing Dance Academy and trained in this particular hybrid Chinese-ballet style, so I know exactly which aspects are ballet and which are Chinese dance,” Gu said.

For many years, Gu explained, Beijing Dance Academy taught this hybrid style, which originated decades ago, when dance teachers from the Soviet Union were invited to the academy. The school wanted to create a formal training system that could effectively teach large numbers of students in Chinese dance, a form that had been previously passed on only in an apprenticeship-like manner.

So the teachers drew upon what they knew, which was Russian classical ballet, to give more structure to the teaching of the myriad Chinese dance techniques and movements. This, as a side effect, introduced ballet movements into Chinese dance.

One can clearly see this mixed style in dances in which the upper body follows Chinese dance movements but the footwork is almost all ballet, Gu said. Those more familiar with dance might also be able to detect that the Beijing Dance Academy style of dance uses the aesthetic of ballet, that its sense of beauty actually comes from the language and culture of ballet.

What was done at the academy was replicated in schools elsewhere, and what Beijing did set the tone for what was taught across the nation.

But now, things are changing.

“This Chinese-ballet hybrid became the basis of what was dubbed ‘classical Chinese dance’ by the Beijing school, but in the last decade, Beijing Dance Academy has also been removing the ballet parts and is trying to rediscover real Chinese dance,” Gu said. “But Shen Yun, from the beginning, has done without ballet.

“Shen Yun has its own way of teaching [classical Chinese dance]. … Shen Yun’s training from the ground up has been Chinese dance, whether it be in the pedagogy or the choreography or other aspects. They’ve never incorporated ballet.”

Perhaps most fascinating for Gu was that the beauty this dance style achieved was entirely its own, something drawn purely from traditional Chinese culture.

“Take the ways of movement, for example. These are really natural ways of movement,” Gu said, explaining how the limbs and body parts work together when one takes a step to walk, or turn, or bend. It’s a language of movement you can see in things like tai chi, bagua, and Chinese martial arts. Gu has done some research himself, finding historical drawings and images of some movements in ancient Chinese culture.

“[Different styles of dance] all have their own body language to express their views of human nature and have their own inherent characteristics,” Gu said.

Even between different styles of Chinese dance, he says one can notice a big difference. Many dancers in China have foundational training in Chinese dance. But if you use those movements together with the language of contemporary dance to tell a story, the effect is quite different from using the body language of traditional Chinese culture to tell the same story.

How Shen Yun Looks to Traditional Chinese Culture for Inspiration

What Shen Yun is after, he says, is expressiveness and the authentic, traditional Chinese culture.

To find that authenticity, Shen Yun’s choreographers have delved far into history, looking to ancient dance forms that were performed in palaces for sacred rites and rituals, or for entertaining emperors and foreign dignitaries. When China’s last dynasty ended and the country became a republic, some of these elegant court dances continued to be passed down in Chinese opera houses, where they developed and absorbed theatrical and regional influences.

The result was an exceptionally rich and varied art form that Shen Yun is now working to revive and reinvigorate.

Today, Shen Yun is not the only company interested in classical Chinese dance, but it is safe to say that it is the most authentic in its approach.