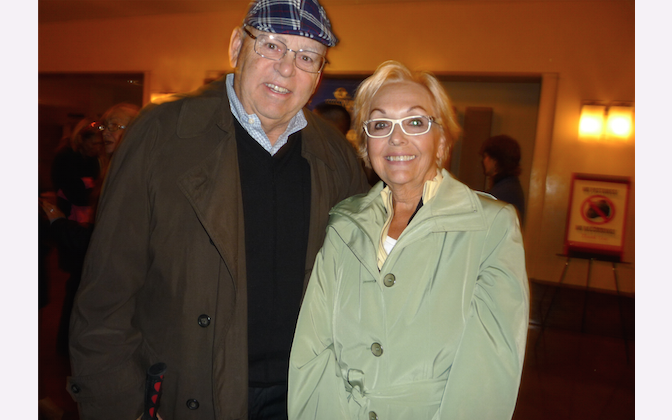 ESCONDIDO, Calif.—Buddy and Diana Frank were awestruck by Shen Yun Performing Arts, on Friday Feb. 28, at the California Center for the Arts.

Mr. Frank is the vice president of Slot Operations at Pechanga Resort & Casino and his wife Diana is recently retired. After this evening, they shared an appreciation for Shen Yun’s display of classical Chinese dance.

Mr. Frank said his favorite part was “By far, the dancing. Both the men and the women were very special. The way they moved so fluidly, on and off the stage, it was beautiful to see.”

Although Mr. Frank has seen many shows in the center, he said the other performances were “nothing quite like this.”

Shen Yun was also Mrs. Frank’s first encounter with classical Chinese dance. One of the things that impressed her was the coordination of the dancers. “I think the synchronicity of all the dancers was so good,” she said.

Combined with the many large-scale group dances in Shen Yun performances, the product is breathtaking visuals.

Besides taking in the beauty and splendor of China’s 5,000 years of civilization, Mr. and Mrs. Frank enjoyed seeing the history and stories that comprise China’s rich traditional culture.

According to the Shen Yun website, “mini-drama pieces draw upon stories and legends that span China’s history from the Yellow Emperor and through the Tang and Song dynasties and all the way to the modern day. A unique feature of Chinese civilization is that its history has been documented and passed down uninterrupted for 5,000 years, sometimes in vivid detail. This provides Shen Yun with vast source material, making it possible to revive this ancient culture on a present-day stage.”