UK Doctor: ‘I Wept Out of Pleasure’ at Shen Yun 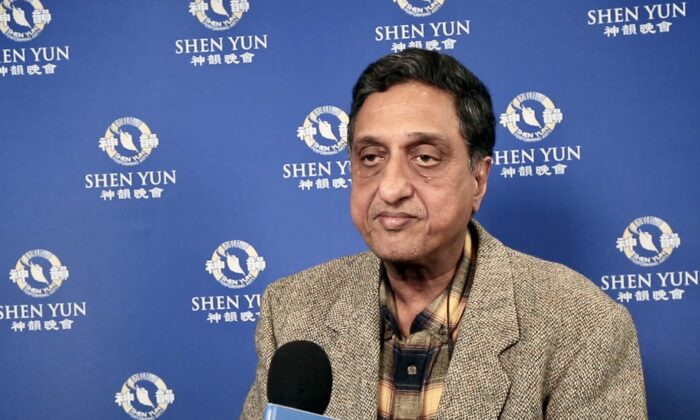 BIRMINGHAM, U.K.—Pediatrician Dr. Taher Kagalwala was initially overwhelmed by emotion while watching Shen Yun, a performance that he described as spellbinding.

“I’m amazed. I don’t have words to express myself because I booked these tickets about 5, 6 months ago, and I was really looking forward to this,” he said.

“What I liked about it was its structure: the way they started from the mythological stories of human beings descending from Heaven, and then eventually the modern times where they talked about issues concerning communism,” Dr. Kagalwala said. “But through it all, I could detect an undercurrent of love, compassion, empathy, and the basic human qualities that are present in all civilizations everywhere in the world.”

As the curtain opened on the first act, the scene filled Dr. Kagalwala with emotion.

“I can honestly tell you that in the first few minutes, I actually wept out of pleasure because it moved me to a level that I’ve not seen before—the first performance after the Heavens … it was captivating, spellbinding, and emotionally very, very upheaving, to be honest. I literally kind of, wept for a few seconds before I caught myself and, started enjoying the performance.”

Throughout the performance, whether the piece presented was a dance, an instrumental solo, or a song, Dr. Kagalwala saw the principles of humanity demonstrated.

The tenor sang a simple song containing “not a lot of words but a lot of meaning.”

“The meaning of the song was that we have traveled through time, we have seen a lot of ups and downs, but at the end of it all, we are still connected to our heritage, to our traditions,” he said. “And when we move into the future, we shouldn’t forget the past.”

Dr. Kagalwala hails from India, a country with similarly deep spiritual traditions, but which are under threat as well due to modern ways of life.

“I think I would like to see Shen Yun in India,” he said. “I’m going to definitely share this information with my family, my extended family, my friends from all over the world and I will tell them that if Shen Yun performs where you are, or you can go there, don’t miss it.”

To the artists, he extends “a very big thank-you”; and to the artistic director: “I would like to say to him that he has done a great job and he deserves all the accolades that he’s got and more. And I would say that if I were to see him in real life, I would hug him and say ‘You’ve done a fantastic job, and please keep it up.'”