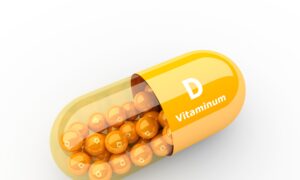 Could Many Covid-19 Deaths Have Been Prevented?
0
Share Now
FacebookTweetParlerEmail
Copy Link 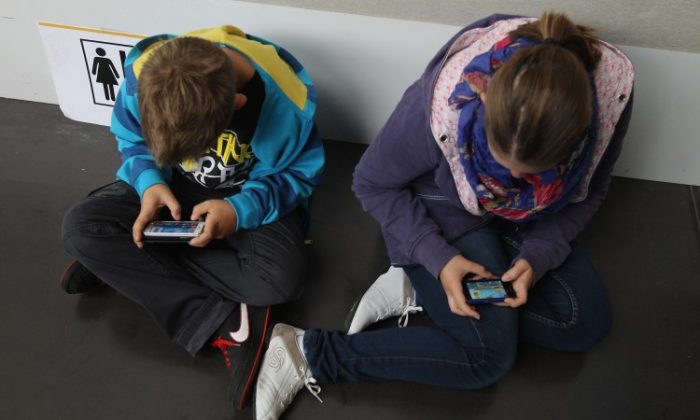 Too Much Technology: Children Growing Up With Weak Hands, Fingers

Smartphones and tablets are convenient babysitters and pacifiers for bored or crying children.

But they may be preventing those children from developing the necessary hand strength to hold pencils, cut with scissors, and perform tasks children their same age could easily do just a decade ago.

A new review from the Heart of England Foundation NHS Trust reports that kids are coming into classrooms ill-prepared for writing and other activities that require finger muscle strength.

The British pediatric doctors behind the report put the blame on technology—and the lack of traditional activities young children often do, such as stringing beads, coloring, and other pastimes. “Children coming into school are being given a pencil but are increasingly unable to hold it because they don’t have the fundamental movement skills,” Sally Payne, the head pediatric occupational therapist with the Heart of England Foundation NHS Trust, told The Guardian.

Payne points to the swap from Tinkertoys to tablets for this loss of fine motor skills.

“It’s easier to give a child an iPad than encouraging them to do muscle-building play, such as building blocks, cutting and sticking, or pulling toys and ropes,” she said. “Because of this, they’re not developing the underlying foundation skills they need to grip and hold a pencil.”

In the earliest stages of development, this setback can be detrimental to kids throughout their childhood if it’s not addressed by teachers, parents, and professionals.

In their report, the British health organization told the story of 6-year-old Patrick, a young British boy who entered primary school without the muscle strength in his hands to properly hold a pencil.

His mother, Laura, blames the amount of time she let him use technology for his dilemma.

“In retrospect, I see that I gave Patrick technology to play with, to the virtual exclusion of the more traditional toys,” she told The Guardian.

“When he got to school, they contacted me with their concerns. He was gripping his pencil like cavemen held sticks. He just couldn’t hold it in any other way and so couldn’t learn to write because he couldn’t move the pencil with any accuracy.”

After six months of work with an occupational therapist, Patrick has caught up to other children his age in hand coordination abilities.

Mary Mayhan, an occupational therapist with more than 20 years of experience in Alabama, says she’s seen these changes in children’s abilities in the past decade, too.

“Ten or 15 years ago, we were getting referrals for kids with weak hands that had a specific diagnosis, whether that was Down syndrome, cerebral palsy, spina bifida. Now we’re getting kids with referrals for these issues, and in increased numbers, who have no known diagnosis. They’re just your average child with no background medical reason that would make them have this problem,” she told Healthline.

However, Mayhan isn’t as quick to blame the loss of fine motor skills entirely on the greater proliferation of technology. Instead, she says another change may be impacting a child’s growth: the loss of time babies spend on their tummies.

“Thirty years ago or so, [doctors] started saying babies shouldn’t sleep on their stomach because of SIDS [sudden infant death syndrome], and that got miscommunicated to where parents thought, ‘Oh, I should never put my baby on his stomach,’” Mayhan said. “Fine motor skills and dexterity in the hands are developed when babies are on their stomachs and when they’re crawling or reaching,” she explained.

“Tummy time is really important. When they’re awake and they’re playing, they need tummy time to develop those back extenders, core muscles, and the dexterity in their hands. That plays a huge role in the dexterity in hands. When you add [the lack of time on their stomachs] to the use of technology—when you’re at the store, you’ll see toddlers with a phone instead of a little toy—they’re without those developmental times,” Mayhan said.

Whether a child’s developmental delays are the result of too many YouTube videos or because they spent too much time in a bouncy seat isn’t clear yet.

What is clear is that parents can help their children at a young age get on better footing for their entrance into elementary school and later in life.

A Call to Parents

The hazards of too much screen time may go beyond the 10 digits on your child’s hands.

Colleen Carroll, the author of “Hooked on Screens” and a childhood screen addiction specialist with a doctorate in education, says today’s children are developing eyesight problems as a result of increased screen time, too.

“More studies need to be done on this for hard proof, but there is a strong correlation that video games and use of tablets and smartphones over time increases vision problems,” she told Healthline.

Today’s children also are seeing lower cardiovascular fitness and higher rates of obesity. In fact, the most recent statistics on childhood obesity show the problem is getting worse, not better.

Compare that to statistics from just two years before, 2013 and 2014, when only 9 percent of children 2 to 5 years old were considered obese.

“Children are not getting the exercise they need,” Carroll said. “They don’t play outside or play physical games anymore because they stay inside on screens.”

Carroll is a firm believer in limiting the amount of time children spend in front of screens, small and large. And that goes for kids 18 months to 18 years old.

“Most parents of young kids are millennials, so they grew up with screens—although they had less time on them, on average—so they do not suspect screens are causing these issues,” Carroll said.

“This exacerbates the problem because they don’t recognize the correlation. They don’t reduce screen time without doctors’ recommendations. Even sometimes that doesn’t work, because screens are addicting and make for great babysitting.”

Carroll recommends you quit your kid from their smart devices cold turkey.

Set strict limits around the amount of time a child can use a device and require them to meet specific requests before they get to sign on.

“Kids should only be on screens after all other chores and homework are done, and have had an opportunity for outside play as well,” she said. “After that, I recommend no more than an hour for kids up to middle school per evening, and two hours on the weekends maximum. Parents need to remember that kids are on screens all day at school as well, in most cases.”

As with any addiction or habit, pulling the tablet or smart device out of your child’s hands may be difficult, but Carroll says stay firm.

It’s the best way to prevent health issues and set them up for success and proper development later on.

“If a child is appropriately stimulated in other ways during this time, there is little room for idle screen time,” Carroll said. “Be creative, but hold your ground. Screen addiction does not go away on its own.”

Kimberly Holland is a freelance writer for Healthline, which first published this article.