Therapist Attends Shen Yun Every Year, ‘Sometimes More Than Once’ 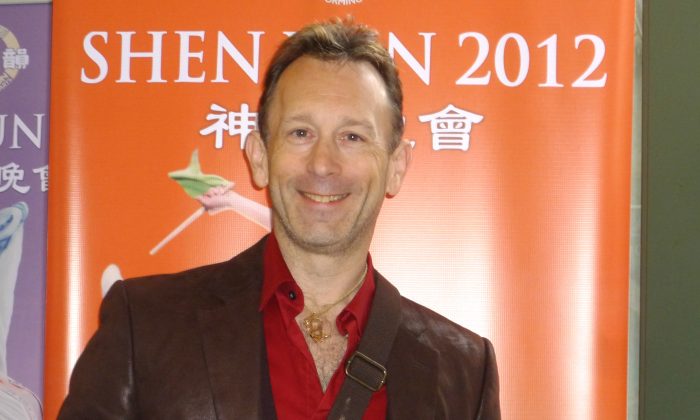 David Snyder, a therapist, acupuncturist, hypnotherapist, and practitioner of oriental medicine, attends Shen Yun Performing Arts at the California Center for the Arts in Escondido, Calif. on Feb. 22. He says he attends every year, sometimes more than once. (Jane Lin/Epoch Times)

“We come back year after year,” he said at the California Center for the Arts on Sunday, Feb. 22.

“It kind of catches your spirit … the energy, and the mood, and the atmosphere,” said Mr. Snyder. “It’s very exhilarating to be here and to be part of that.”

After decades of communist rule, this traditional culture, its values, and its profound spiritual beliefs were nearly lost.

But through the universal language of performing arts, Shen Yun has brought back the best of these traditions, with the world’s foremost classically trained dancers showcasing stories and legends from Chinese history, a unique live orchestra with both Eastern and Western instruments, vibrant backdrops, colorful costumes, and inspiring musical soloists.

“Many of us, we think about dance on one level, but very few of us ever really get to learn about the history, the myths, and the folklore of Chinese culture,” said Mr. Snyder.

This year, the powerful drumming performed by the dancers onstage during the opening scene really caught Mr. Snyder’s attention and started his heart beating faster.

He was also very moved by a later scene that displayed the virtue of compassion, and he enjoyed the soprano soloists and their lyrics that described the importance of finding the truth.

“I think everybody has the right to pursue that truth and to express it,” he said. “I think the spiritual element is the same message that’s found in many different approaches to spirituality.”

Mr. Snyder’s wife is Chinese, and they are both very passionate about Chinese culture. Mr. Snyder said he especially loved the folk dances this year.

“[There were] a lot of new dances that I haven’t seen before for different parts of China,” he said.

Mr. Snyder said he appreciates all the different parts of Shen Yun’s performances.

“This is actually one of the best shows I’ve ever seen,” added Mr. Snyder. “I enjoy the music. I enjoy the dance. I enjoy the fables and the stories.”