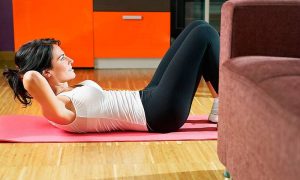 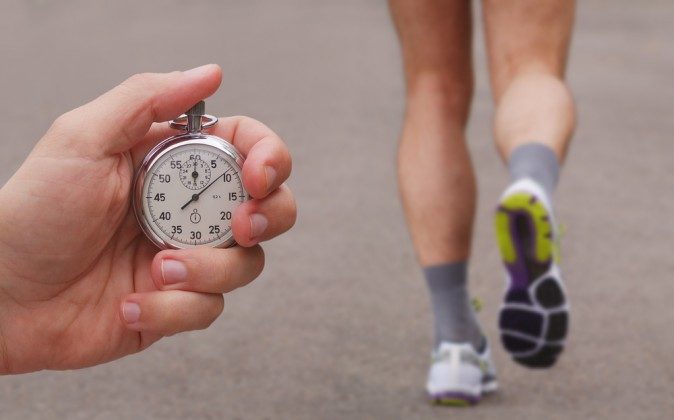 The Truth About Exercise: The Case for High Intensity Workouts

Not only does it beat conventional cardio as the most effective and efficient form of exercise, it also provides health benefits you simply cannot get from regular aerobics, such as a tremendous boost in human growth hormone (HGH), aka the “fitness hormone.”

Perhaps best of all, HIIT requires only minutes, compared to hours, each week. In the featured video, Dr. Michael Mosley, author of Fast Exercise: The Simple Secret of High-Intensity Training, shares his own experiences with HIIT.

The Truth About Exercise

As Dr. Mosley reports in the featured BBC special, groundbreaking research suggests that as little as three minutes of high intensity training per week can produce significant health benefits.

Dr. Mosley was able to improve his insulin sensitivity by 24 percent by putting in a mere 12 minutes of intense exercise per week, for four weeks. Such an effect is truly amazing, and indeed important, as improving and maintaining good insulin sensitivity is perhaps one of the most important aspects of optimal health.

He performed the exercises on a stationary bike. After warming up, he cycled “all-out” for 20 seconds, rested for a couple of minutes, and then gave it his all for another 20 seconds.

The HIIT approach I personally prefer and recommend is the Peak Fitness method of a 50% longer exercise time of 30 seconds of maximum effort followed by less recovery of only 90 seconds for a total of eight repetitions.

When you’re first starting out, depending on your level of fitness, you may only be able to do two or three repetitions, which is perfectly alright. As you get fitter, just keep adding repetitions until you’re doing eight.

About a year ago, I personally modified the number of repetitions I do from eight to six, as it was sometimes just too strenuous for me to do all eight. By listening to my body and cutting it back to six reps, I can now easily tolerate the workout and go full out. Plus, I no longer dread doing it.

I also do alternatives to elliptical now where I will do six sets with a barbell and ten pounds on it and do deadlifts, bent over rows, upright rows, squats, clean and jerks and bicep curls all in rapid succession with no breaks. It is not quite as intense but goes for about 60 seconds and really pushes me metabolically. I also rest for a few minutes until I recover. I think the variety is good.

Another tweak I made is to incorporate Buteyko breathing, which means I do most of the workout breathing only through my nose. This raises the challenge to another level.

There are very compelling reasons for trading your hour-long walk on the treadmill for a 20-minute high intensity routine, and research shows that in this case, less time can indeed lead to a greater payout, if done correctly. As Dr. Mosley writes in his book, Fast Exercise:

“I believe that we have now produced sufficient data to be able to recommend short bursts of high-intensity exercise as a safe and effective alternative to conventional workouts, removing the ‘time barrier’ as an excuse for not exercising.

This will hopefully boost compliance and help people take up an approach that will lead to a healthier way of life. The great thing about HIIT is that it can be done in the workplace or at home without preplanning or missing an episode of your favorite TV show.”

A study published in the journal Cell Metabolism1 in 2012, showed that when healthy but inactive people exercise intensely, even if the exercise is brief, it produces an immediate change in their DNA. While the underlying genetic code in the muscle remains unchanged, exercise causes important structural and chemical changes to the DNA molecules within the muscles.

This contraction-induced gene activation appears to be early events leading to the genetic reprogramming of muscle for strength, and to the structural and metabolic benefits of exercise. Several of the genes affected by an acute bout of exercise are genes involved in fat metabolism. Specifically, the study suggests that when you exercise, your body almost immediately experiences genetic activation that increases the production of fat-busting proteins! Besides lowered body fat, other benefits associated with high intensity interval training include:

Intermittent Movement: Another Crucial Piece of the Puzzle

In the video, Dr. Mosley also meets with Dr. James Levine, a Mayo Clinic obesity expert whose research suggests that the best way to lose weight is to increase your non-exercise activity thermogenesis, also referred to as NEAT. This is the calories you expend during your day-to-day living, through body movement that have nothing to do with traditional exercise.

Mounting research clearly shows that undisrupted sitting for long periods of time is an independent risk factor for chronic disease and early death—even if you exercise vigorously each week. More and more, we’re starting to realize the importance of keeping your body in perpetual motion—bending, stretching,  reaching, standing up…

Using so-called “fidget pants,” Dr. Levine measures how much Dr. Mosley and other volunteers move during any given day, and how that non-exercise movement translates into calories burned. As it turns out, even slight increases in daily motion can result in several hundreds of calories burned.

When asked which might be more important for health: intermittent bursts of high intensity exercise a few times a week, or more or less non-stop non-exercise movement throughout the day, Dr. Levine notes that those who exercise regularly will clearly continue to do so because they love it.

But a large section of the population gets no exercise whatsoever and think nothing of it. For those people, paying careful attention to their intermittent movements—the movement inherent in their daily living—becomes incredibly relevant and important for their health. In a nutshell, the key to optimal health is to “keep off your bottom as much as possible.” It’s just that simple. That in no way detracts from the importance or benefits you can reap from a regular fitness regimen though.

According to Dr. Levine, “there should never be an hour where you’re sitting down.” One solution, provided your job can accommodate it, is to do your work standing up. Another solution, suggested by Dr. Vernikos, is to make sure you stand up at least once every 15 minutes or so. In a previous article, I collected a list of 30 videos demonstrating quick and simple exercises you can do when you stand up.