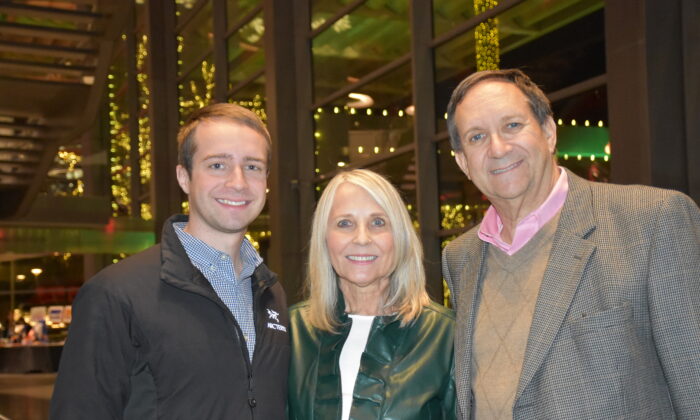 DALLAS—”Renewal of Heaven and Earth” is a divinely-inspired dance that graced the stage of Shen Yun Performing Arts at the Dallas AT&T Performing Arts Center. Its artistry and the miracle depicted in the story touched the heart of attorney Daniel Durand and his family.

“The renewal, they came back to life, I thought that was very inspiring. That was one of my favorite [pieces]. It showed that they went through trauma and, with their faith, they were brought back to life and were renewed,” said Durand, who owns and operates his own law firm.

Overall, Durand said New York-based Shen Yun “was absolutely incredible. The choreography is amazing, all the outfits are absolutely stunning, and the stories told through each performance were really unique and moving.”

Shen Yun’s mission is to revive authentic Chinese culture which is deeply spiritual and believes in the existence of other realms and divine beings. Thus, Shen Yun depicts the Creator and heavenly themes using the highly-expressive art form of classical Chinese dance.

Durand saw parallels between China’s traditions and his own spiritual beliefs and appreciated the expression of common values in the night’s performance.

“The common value is that if you have faith you can overcome adversity and renewal with results, which is the way you need to live or should live,” he said.

Durand’s wife, Elizabeth, is a speech pathologist who joined him for the show along with their son, David.

“It was lovely, absolutely lovely, and I’m just amazed at what these performers could do,” Elizabeth said. “The orchestra, the dancers, just to be so physically fit and everybody in unison. It was lovely. The synchrony and everything of the performers was really quite, quite enjoyable and very colorful.

“You know when you think about the choreography, that somebody has to get everybody doing the same thing at the same time, and just the costumes that were so colorful, you know, that took a lot of time, a lot of effort, a lot of thought. And to create that for all of us—that was very nice, very nice,” she said.

Elizabeth was thoroughly impressed by the skill and artistry displayed in the whole production.

“I would say ‘bravo’ to those who can do that. I mean I know that I don’t have that talent or gift but I certainly can appreciate someone else having that talent and being able to put everything together like that—remarkable, absolutely remarkable,” she said.

Their son was pleasantly surprised at how much he liked Shen Yun.

“It was an eye-opener for me. This is not what I would normally view. I mean, I watch the Super Bowl—this was unbelievable. The athleticism displayed here, it was greater! It was beautiful, it really was,” David said.

“I would say so. When I see the performers kind of just moving across that stage and they look like they’re floating, I’m watching so carefully how are they able to move so swiftly and so precisely,” Elizabeth said.

“I think it speaks well of Shen Yun that they want to keep this tradition alive. I think that is a very powerful message. We’ve become such a disposable society. We throw this away, we throw that away. But to lose your culture, I think, would be such a big crime.  There is such beauty in that performance there that I say we are fortunate to be able to see it, we really are. I again applaud all those who work so hard to put on this performance for us. Really lovely, very lovely,” Elizabeth added.

The Durands said they want to come back and see Shen Yun again.

“Every year is different. You know, that’s an awful a lot of work. Again, I applaud them for doing it. Bravo to them. Bravo. To all of them. Tell them thank you, thank you very much,” Elizabeth said.