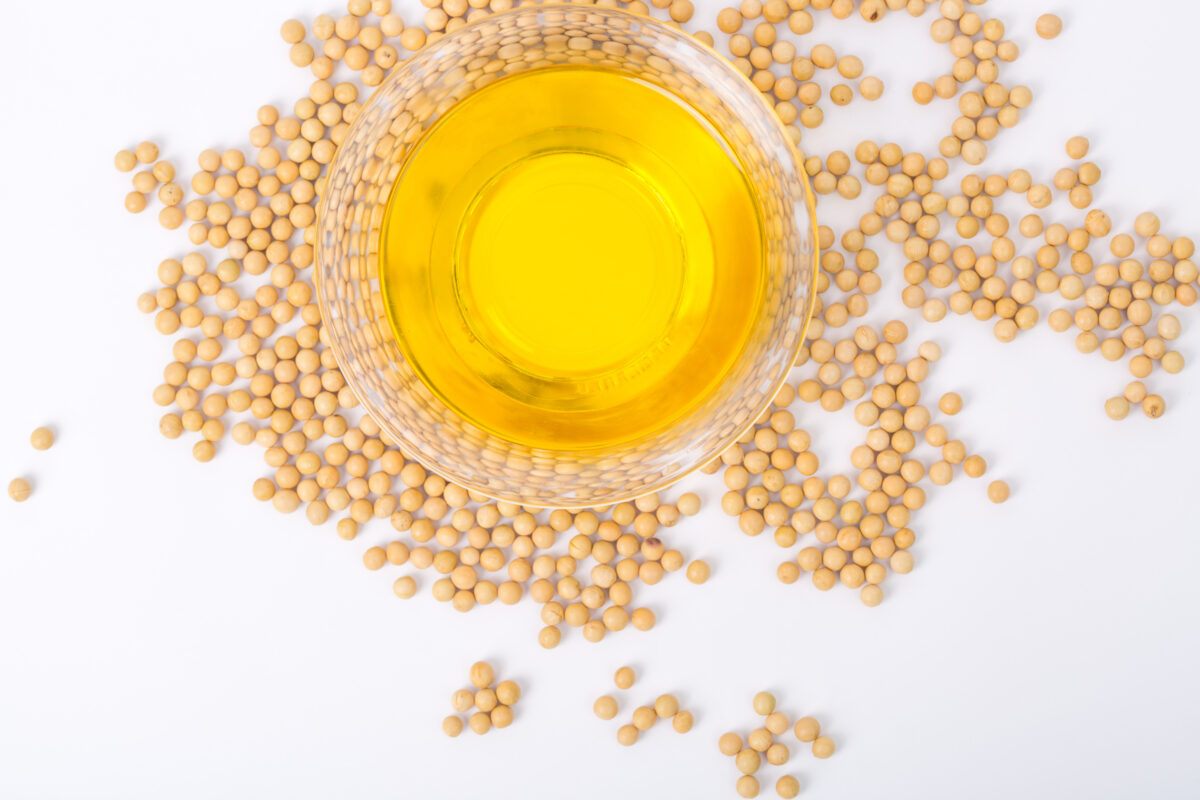 The Absolute Worst Cooking Oils for Your Health

Your choice of cooking oil can make a profound difference in your health. I’ve often warned against the use of soybean oil. Not only is partially hydrogenated soybean oil loaded with trans fat, which has been linked to heart disease, it’s also a source of an omega-6 fat called linoleic acid (LA), which is highly susceptible to oxidation and is typically from GMO seeds.

The problem results once you start to digest this fat, as you break it down into harmful sub-components called advanced lipid oxidation end products (ALEs) and oxidized LA metabolites (OXLAMs) that can cause significant damage at the cellular level. For example, an ALE called 4HNE is a mutagen known to cause DNA damage. Studies have shown there’s a definite correlation between elevated levels of 4HNE and heart failure.

Additionally, LA breaks down into 4HNE faster when the oil it is contained in is heated. This is largely why cardiologists recommend avoiding fried foods. ALEs and OXLAMs also play a very significant role in cancer and heart disease.

Then, in 2020, that same team published research showing soybean oil, both the modified and unmodified versions, actually produced genetic changes in the brains of mice, and they were not for the better. However, this time LA was not the primary culprit.

Soybean Oil Linked to Genetic Changes in the Brain

In this surprising study, the researchers compared diets high in three different types of fat.

It is surprising, because I would have thought that the LA produced the damaging effects, but LA was ruled out. So, they have identified yet another reason to avoid consuming soy products. As reported by the UC Riverside, the researchers:

“… did not find any difference between the modified and unmodified soybean oil’s effects on the brain. Specifically, the scientists found pronounced effects of the oil on the hypothalamus, where a number of critical processes take place.

‘The hypothalamus regulates body weight via your metabolism, maintains body temperature, is critical for reproduction and physical growth as well as your response to stress,’ said Margarita Curras-Collazo, a UC Riverside associate professor of neuroscience and lead author on the study.

The team determined a number of genes in mice fed soybean oil were not functioning correctly. One such gene produces the ‘love’ hormone, oxytocin. In soybean oil-fed mice, levels of oxytocin in the hypothalamus went down.

The research team discovered roughly 100 other genes also affected by the soybean oil diet. They believe this discovery could have ramifications not just for energy metabolism, but also for proper brain function and diseases such as autism or Parkinson’s disease …

[T]he research team has not yet isolated which chemicals in the oil are responsible for the changes they found in the hypothalamus. But they have ruled out two candidates.

It is not linoleic acid, since the modified oil also produced genetic disruptions; nor is it stigmasterol, a cholesterol-like chemical found naturally in soybean oil. Identifying the compounds responsible for the negative effects is an important area for the team’s future research …

Seed Oils — A Most Harmful Ingredient in the Modern Diet

While that UC Riverside study claimed the genetic changes in the brain applied only to soybean oil and no other vegetable oils, there are loads of other research showing vegetable oils, also known as seed oils, are some of the most harmful foods you could eat.

In the video above, Dr. Chris Knobbe, an ophthalmologist and founder and president of the Cure AMD Foundation, a nonprofit dedicated to the prevention of age-related macular degeneration (AMD), gives an excellent synopsis of why seed oils are the unifying mechanism behind westernized chronic diseases like heart disease, obesity, cancer and diabetes. Some of the points he makes are:

Obesity? Same story. With a prevalence of just 1.2% in the 19th century, obesity increased 33-fold in 115 years, to a prevalence of 39.8% in 2015. By 1990, meanwhile, 24% of U.S. adults were diagnosed with metabolic syndrome, which is a combination of high blood pressure, dyslipidemia, insulin resistance, hyperglycemia and visceral obesity.

Macular degeneration and osteoarthritis followed similar striking increases, causing Knobbe to ask, “What was so ubiquitous during this time that could have prompted these changes?” Dietary history provides the answer, with the introduction of four primary processed foods — sugar, industrially processed seed oils, refined flour and trans fats — acting as the culprits.

The problem with seed oils is that they’re incredibly proinflammatory and they increase excessive oxidative damage in your body. This oxidative stress, in turn, triggers mitochondrial damage and dysfunction that then drives the disease process. Several studies have demonstrated the truth of this.

The OXLAMs (LA metabolites) are also cytotoxic, genotoxic, mutagenic, carcinogenic, thrombogenic, atherogenic and obesogenic. Then, there’s the issue of direct toxicity from pesticides and herbicides.

Most of the vegetable oils produced today — especially canola, corn and soy — are made from genetically engineered crops and are therefore a significant source of toxic glyphosate exposure. According to Knobbe, the reason these oils have been able to remain in the food supply, despite their high toxicity, is because they’re not acute biological poisons, but chronic ones.

Ancestrally raised animals had very low omega-6, but this changed significantly once animals started being raised in concentrated animal feeding operations (CAFOs). CAFO pork, for example, can contain up to 20% omega-6 fats, thanks to them being fed a diet high in omega-6 grains. The results of this dietary change have been significant.

Today, omega-6 fats make up anywhere from 20% to 30% of the average person’s daily calories, with 80% of it being LA. Instead of 80 grams per day, your goal is to get it under 7 grams per day. That would but you into the healthy percentage range of LA that our ancestors from a mere 150 years ago consumed.

According to a report by Jeff Nobbs, 6 in 10 Americans have a chronic disease, and heart disease, asthma, cancer and diabetes have increased 700% since 1935. During this time, Americans have been smoking and drinking less, exercising more and eating “healthier” according to conventional guidelines to lower saturated fat and sodium. Nobbs, too, believes seed oil is the missing link that explains why Americans keep getting sicker.

Processed Seed Oils Harm Your Health in Many Ways

Aside from oxidation, inflammation and mitochondrial dysfunction, processed seed oils and vegetable oils like soybean oil also harm your health in other ways. For example, they’ve been found to:

1.Damage the endothelium (the cells lining your blood vessels) and cause an increase in penetration of LDL and very low-density lipoprotein (VLDL) particles into the subendothelium.

In other words, these oils get integrated in your cell and mitochondrial membranes, and once these membranes are damaged, it sets the stage for all sorts of health problems. With a half-life of 600 to 680 days, it can take years to clear them out of your body. They also get incorporated into tissues such as your heart and brain. One result of this could be memory impairment and increased risk of Alzheimer’s disease. Canola oil, in particular, has been linked to Alzheimer’s.

3. Make your cell membranes less fluid, which impacts hormone transporters in the cell membrane and slows your metabolic rate.

4. Inhibit cardiolipin, an important fat in the inner membrane of your mitochondria that needs to have non-damaged fat to perform optimally and facilitate optimal function of the electron transport chain and production of ATP.

Cardiolipin also works like a cellular alarm system that triggers apoptosis (cell death) by signaling caspase-3 when something goes wrong with the cell. If the cardiolipin is not saturated with DHA, it cannot signal caspase-3, and hence apoptosis does not occur. As a result, dysfunctional cells are allowed to continue to grow, which can turn into a cancerous cell.

5. Inhibit the removal of senescent cells, i.e., aged, damaged or crippled cells that have lost the ability to reproduce and produce inflammatory cytokines that rapidly accelerate disease and aging.

8. Impair your immune function and increase mortality from COVID-19. Saturated fat, on the other hand, may lower your risk of death. The authors of that study noted that unsaturated fats “cause injury [and] organ failure resembling COVID-19.”

More specifically, unsaturated fats are known to trigger lipotoxic acute pancreatitis, and the sepsis and multisystem organ failure seen in severe cases of COVID-19 greatly resembles this condition. In short, linoleic acid contributes to the inflammatory domino effect that eventually kills some people with COVID-19.

How to Avoid These Dangerous Fats

Considering the profoundly serious damage they cause, eliminating seed and vegetable oils from your diet can go a long way toward improving your health. This includes soy, canola, sunflower, grapeseed, corn, safflower, peanut and rice bran oil.

Also, be mindful of olive oil and avocado oil, as both are commonly adulterated with cheaper seed oils. That said, even pure olive and avocado oil are loaded with LA. If, like me, you’re in the habit of eating olive oil, I would strongly encourage you to limit your intake to 1 tablespoon per day or less. In my view, olive oil is not a magic bullet and if you are already consuming 80 grams of LA per day, it will only worsen, not help, your health.

To avoid these oils, don’t cook with them, of course, but also avoid processed foods, condiments, fast foods and restaurant foods. If you eat out, you’re undoubtedly eating unhealthy amounts of seed oils, as most restaurant foods are loaded with it.

Fried foods, dressing and sauces tend to be key culprits. Your best bet is to prepare most of your food at home, so you know what you are eating and, in the case of seed oils, what you’re not.

Conventionally raised chicken and pork are also very high in LA, and therefore best avoided. As mentioned earlier, CAFO animals are routinely fed grains such as corn, and as a result, their meat becomes high in LA, as the corn is loaded with it. You can learn more about this in Joe Rogan’s interview with Dr. Paul Saladino, author of “The Carnivore Code.”

How Much Linoleic Acid Is Too Much?

Many now understand that your omega-6 to omega-3 ratio is very important, and should be about 1-to-1 or possibly up to 4-to-1, but simply increasing your omega-3 intake won’t counteract the damage done by excessive LA. You really need to minimize the omega-6 to prevent damage from taking place.

Ideally, consider cutting LA down to below 7 grams per day, which is close to what our ancestors used to get before all of these chronic health conditions, including obesity, diabetes, heart disease and cancer, became widespread. If olive oil puts you over the limit, consider cooking with tallow or lard instead.

If you’re not sure how much you’re eating, enter your food intake into Cronometer — a free online nutrition tracker — and it will provide you with your total LA intake. The key to accurate entry is to carefully weigh your food with a digital kitchen scale so you can enter the weight of your food to the nearest gram.

Cronometer will tell you how much omega-6 you’re getting from your food down to the 10th of a gram, and you can assume 90% of that is LA. Anything over 10 grams is likely to cause problems.