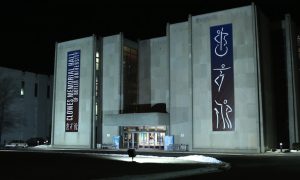 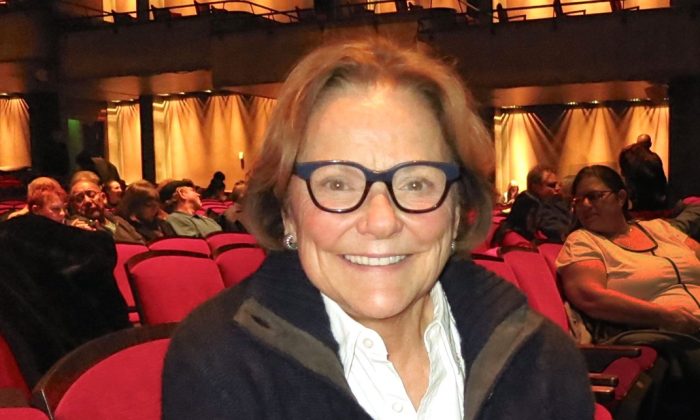 INDIANAPOLIS—”It’s wonderful I am really overwhelmed with the beauty and the stories. The stories are very interesting,” said author Judy Singleton after seeing Shen Yun Performing Arts on Jan. 16 at Clowes Memorial Hall of Butler University.

New York-based Shen Yun has four touring companies that travel the world simultaneously. Its endeavor to tour the Midwest has brought Shen Yun to Indianapolis where it will deliver three performances before embarking on its next stop in Dayton, Ohio.

Shen Yun strives to revitalize traditional Chinese culture through classical Chinese dance. Its program consists of 20 mini-dramas that depict scenes from ancient times to the present, and retells stories from China’s mythology, history, and literature.

Over the years Ms. Singleton has received several awards including the Big Sister’s first “Corporate Mentor Award” in 1997, and Purdue’s “Community Service Award” in 1993. She received special recognition for advocating for women in the areas of business and politics.

At intermission, Ms. Singleton commented that she felt the underlying theme was about “the importance of culture, the importance of heritage, your personal and cultural heritage, that people need to understand—who they are. And, to get in touch with their feelings, their humanness, their spirit, that’s what it feels like.”

“God, Jesus, Buddha, Creator, the great one in the sky, and you are able to live in this world knowing that there is something greater than you. I think that’s what keeps us grounded. Otherwise why would we live?” she added.

But along with the joy, there was a serious side to what Ms. Singleton experienced.

“It makes me feel sad to think about how the tradition cannot be embraced by the people who love it, and I just feel sad for the Chinese people,” she said.

Since 1949, under the rule the communist regime, most of the traditional aspects of Chinese culture that had been prevalent for thousands of years and several dynasties, have been suppressed and forsaken.

Shen Yun’s music is comprised of original compositions, performed by a live orchestra featuring both Western and Eastern instruments.

“The music helps because music is soulful. That’s the way I hear it. Everybody needs a different music to feel it in their soul,” Ms. Singleton commented.

“I feel like I could be one of them (the dancers). I could feel my body moving with them, feeling and being—just being. I feel light and how powerful you can be, and that power is power from the heavens, power from humanness … goodness always prevails in the circle of life,” she concluded.