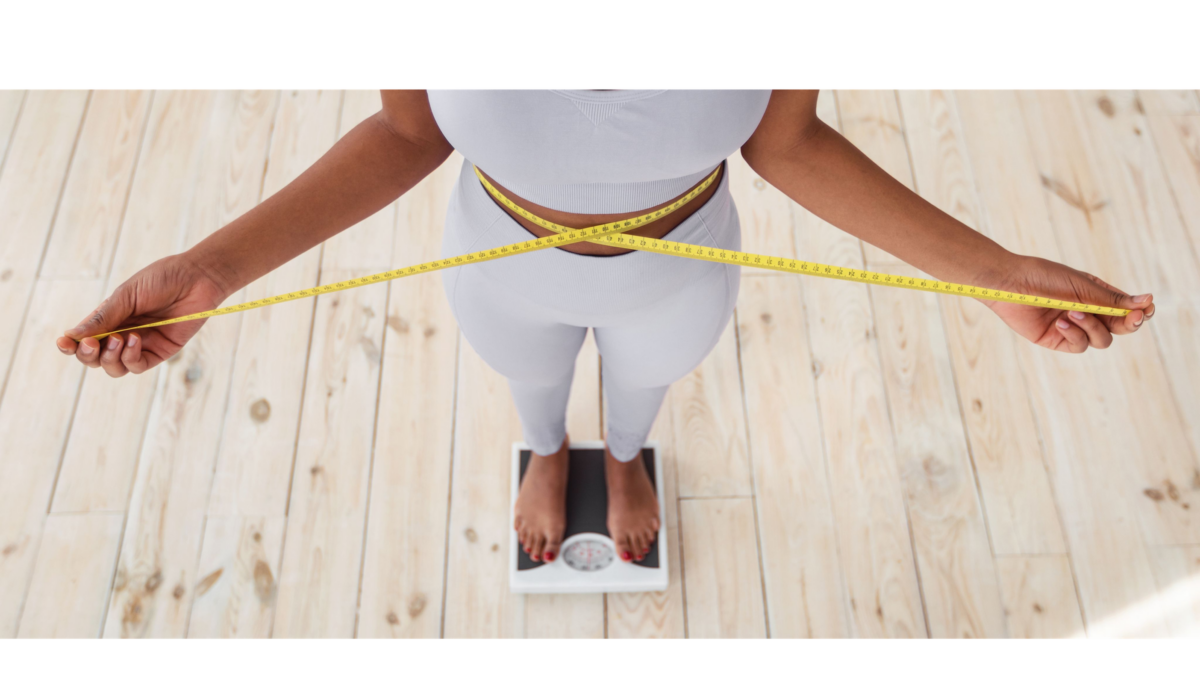 Slim Down, Look Younger and Clean Your Cells in Just 15 Days

A group of participants went through this groundbreaking protocol for activating your body’s autophagy, or cellular housecleaning mechanism. All 35 achieved results within 15 days.

Naomi Whittel is the former CEO of Twinlab and has written an interesting book about how to achieve radiant health by activating your body’s natural autophagy processes. In “Glow 15: A Science-Based Plan to Lose Weight, Revitalize Your Skin, and Invigorate Your Life,” she shares a number of valuable strategies for doing this naturally. Her deep-rooted interest in healthy living was an outgrowth of her lifelong struggle with eczema, an autoimmune deficiency.

“The inflammatory process just ravaged my body,” she says. “My skin would bleed, it would pus. My parents were so conscious, they would even be aware of the kinds of material I would wear because our skin needs to breathe — it’s our largest organ — and the foods that I ate. I was born on a biodynamic farm and yet this autoimmune disorder and so many [other health problems] that I developed over time controlled my life.

So, I have always been trained to eat specific foods and drink certain types of water. My parents never let me have fluoridated water. I was never vaccinated. So much thought went into what I was putting on and into my body, and yet I couldn’t squelch the inflammation. When I was in my mid-teens, I would constantly cover myself with long sleeves, kind of like what I’m doing today. But it wasn’t for the same reasons.

I would cover myself because I was so ashamed of what I really looked like. It was the spring dance, and there was a boy that I really wanted to go to the spring dance with. My mother said to me at that time, ‘You know, you shouldn’t always cover yourself.

You have a lot of friends. You can have some more self-confidence.’ I listened to her, and I wore short sleeves and shorts. My skin was exposed, and he got a glimpse of me, and he didn’t invite me. That was a defining moment, because I had been so rejected by the way I looked.”

From Natural to Conventional and Back

Following that spring dance rejection, Whittel decided to try the conventional route for a change. For a time, she used steroids to control her eczema, but the side effects prompted her to return to her all-natural roots. In her early 20s, she was able to eliminate about 95% of her eczema using a combination of Chinese herbs, acupuncture and fasting to detox.

Alas, when she was preparing for pregnancy a few years later, she discovered she had heavy metal toxicity, which her doctor attributed to the Chinese herbs she had taken, due to the soil they were grown in and the way they were processed.

“I had poisoned my body through these herbs that had been so therapeutic,” she says. “That was the other defining moment for me. I decided I needed to know, from that moment forward, exactly where things came from. So, I started the process of always going to the source … Ultimately, I built a company called Reserveage, where we aimed to find where things come from.

I started with the polyphenols, the antioxidants, that come from the red wine grape, and I searched all over the world for the grapes that had the highest levels of these different polyphenols, including resveratrol … I ultimately landed in Bordeaux, where the organic and biodynamic vineyards are so rich in these powerful nutrients.

I was in Calabria, Italy, when I first started to really learn about the citrus bergamot fruit. The researchers over there were teaching me about drinking whole citrus bergamot tea. The lead researcher, Dr. Elzbieta Janda, was drinking four or five cups of this every day, and while I was there, I was doing that with her. I asked her, ‘Why?’ … She said to me, ‘I use it to activate my autophagy.’ That was the first time I had heard the word.”

“Auto” in Greek means “self,” and “phagy” means “to eat,” so autophagy refers to a self-eating process in which your body digests damaged cells. It’s basically a cleaning out process that encourages the proliferation of new, healthy cells. Reserveage, which was later sold to Twinlab, was founded on the principle that each and every ingredient is carefully sourced and processed in such a way to ensure the highest quality and purity possible.

This includes doing soil testing and working with the farmers and middlemen to understand and clean up each step of the process from farm to bottle. Unfortunately, few companies actually invest the time and resources necessary to do this. “It surprises me, because it’s a disconnect,” Whittel says. “Ultimately, there’s so many things that can go wrong along the way.”

Whittel worked with Jeff Bland, Ph.D., on a trip to Alaska to investigate the manufacturing of cod liver oil. “For me personally, fish oil is an important part of my health. Because of my autoimmune disorders, I grew up drinking a little shot every morning of cod liver oil … But when I built my company, Reserveage, I never could find a source other than krill, that I was comfortable bringing out into the market,” she says. What’s the problem with most fish oil? Whittel explains:

“What happens is the fish are caught in large nets. Even if you think the fish oil is coming from Norway or Europe, it’s caught in Central and South America in these large nets. The fish are then brought onto and thrown into the bottom of the boat … [where] they go completely rancid.

They’re just left there. By the time they get to Europe, the guts are so rancid that in order to get the omega-3s out, they have to go through a process of extracting these poisons and this rancidity.

[In the end], you’re left with something that has none of the cofactors. It’s been so heavily contaminated to clean out the rancidity that if you want to get any of the benefits of the vitamin A or vitamin D, they have to be added back. So, there’s a huge disconnect … When I learned about this, it just ruined my relationship to fish oils.”

Bland told her he’d partnered with David Little, an engineer and fisherman who owns six large fishing boats in Alaska. Little built and implemented a flash freeze process on his boats. As soon as the cod are caught, they’re flash frozen.

The fish are sold to the Japanese, but they weren’t doing anything with the livers and guts of the fish, which is where the fish oils are extracted. So, Bland and Little partnered up to extract the fish oils from the fish guts, while the rest of the fish gets shipped off to Japan.

The beauty of this process is that it preserves the specialized pro-resolving mediators (SPMs) in the oil — many of which are powerful anti-inflammatory components — along with the vitamin A and D. “I was able to literally take the oil right out of the processing equipment and drink it, right there in the factory,” Whittel says. “It smells fresh, and it [tastes] good.

That’s why I, for the first time in my career, felt confident enough to bring a cod liver oil into the market … There’s nothing like it, from a cod liver perspective, out there.”

This story is just one cautionary story of many, showing you really need to do your homework when it comes to food and supplements. Whittel estimates about 98% of the omega-3 products on the market are inferior due to the way the fish are caught and processed. Aside from this Twinlab cod liver oil, krill is another excellent source of marine-based omega-3 fats. Contrary to cod, krill are also a far more sustainable source of these valuable oils.

The Importance of Cyclical Autophagy

Like me, Whittel also reached the conclusion that it is important to cycle many lifestyle choices to improve your health. For her, it began with the intuitive understanding that cells are either building or detoxing, and each phase has its own requirements. Fasting, meaning abstaining from food altogether, turned out to be a crucial component that ultimately allowed her to control the inflammation in her body, and she’s been doing cyclical fasting for nearly 25 years.

Again, one of the things fasting does is activate autophagy, your body’s cleanout process that cleanses and detoxifies the cell and recycles the parts of the organelles that are no longer needed, so that your cells behave more youthfully. But autophagy cannot remain continuously activated all the time. You also need to allow the cells to rebuild and rejuvenate, which occurs during the refeeding phase.

In her search for experts on autophagy, Whittel came across the work of Dr. Richard Wang, a dermatologist and autophagy expert, Dr. Beth Levine, whose focus is on exercise, and William A. Dunn, Ph.D., at the University of Florida, who has been researching autophagy for 30 years, among others. She then put together a protocol to build up her own health.

“… David Sinclair at Harvard … was sharing with me a lot of the insights around how we can reduce the impact of these accelerated agers. When you look at all the ways that we age — the effects of the DNA impact, the inflammation, the telomere shortening, all of these things — autophagy and the way that autophagy slows down as we age due to these accelerated agers, is at the foundation of the way we age.

So being able to activate [autophagy], and then also deactivate it, is something that is fundamental to the aging process. ‘Glow15’ is that protocol. What was so fascinating, when I first did it on myself, was that my energy skyrocketed. I increased my lean muscle mass and reduced my body mass index by about 6%, so I went from 24 to 18% [body fat].

I wasn’t doing anything other than activating my autophagy. My energy, my mental focus, my sleep improved, and I just felt so much better. And I looked younger, for sure, so everyone in my world said, ‘Hey, what are you doing?’ Then I started to try it on my friends and family. Then some of my friends at Jacksonville University, some of the researchers there, said, ‘Why don’t we create a lifestyle study?’

So, we took a group of 35 participants, and we put them through this lifestyle. Every single participant achieved results … in 15 days, and that’s how the book got the name ‘Glow15.’ They lost weight, they reduced their fine lines and wrinkles … they got off medications. It was truly remarkable, the benefits. So that’s how the protocol was developed.”

How to Activate Autophagy

So just how do you go about activating your body’s autophagy mechanism? Here’s a summary of four of the 11 strategies detailed in her book:

“In 2016, the Nobel Prize in medicine was given to Japanese biologist Yoshinori Ohsumi for his research on autophagy … It’s going to be such a big part of our health and well-being over the next decade, and now the research is really starting to come together,” she says. Her book is an outgrowth of diving into the available research, so to learn more about autophagy and how to activate this rejuvenating process, be sure to pick up a copy of “Glow15.”