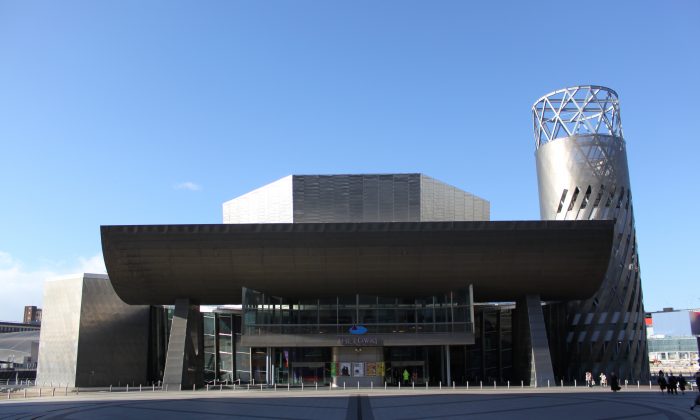 Shen Yun to Perform for the First Time in Manchester

SALFORD, United Kingdom—The Lowry, a building at the heart of the regeneration of Greater Manchester’s Salford Quays, will this week play host for the first time to Shen Yun Performing Arts, whose mission is to revive the 5,000 years of China’s divinely inspired culture.

“Through the universal language of music and dance, Shen Yun weaves a wondrous tapestry of heavenly realms, ancient legends, and modern heroic tales, taking you on a journey through 5,000 years of Chinese culture. Its stunning beauty and tremendous energy leave audiences uplifted and inspired,” states the Shen Yun website.

This is the first time Shen Yun has performed in Manchester, though it has in the past performed in other cities in the UK, like London, Cardiff and Edinburgh.

The Lowry opened in 2000 in Salford Quays and is regarded as an architectural destination, with two theatres and gallery spaces alongside waterside restaurants and cafes. It is named after artist LS Lowry, who was known for depicting Salford in his paintings.

The two-night run at The Lyric Theatre at the Lowry on March 31 and April 1 follows hot on the heels of Shen Yun’s performance at Birmingham’s International Convention Centre (ICC) on March 28–29.

You can see the talent right down to their fingertips!

Audience member Brian Jenkins commented after seeing Shen Yun at the ICC on March 28 that he was, “just in awe of everything, the precision of everything, the dance movements—they dance as one—it’s just amazing, just breath taking.”

“You can see the talent right down to their fingertips, everything is just so precise, and the music too. Such a joy!” said Pauline Gray.

“It was tremendous, I enjoyed every minute of it. I have never see anything like it before. I will certainly want to come again!” said Cathy Brown.

Shen Yun’s European tour began in February in Geneva, Switzerland, travelling to Austria, Belgium, Italy, Poland, the Netherlands, Germany, and Dublin, Ireland. Still to come are performances in France, Spain, Sweden, and other cities in Germany and Austria.