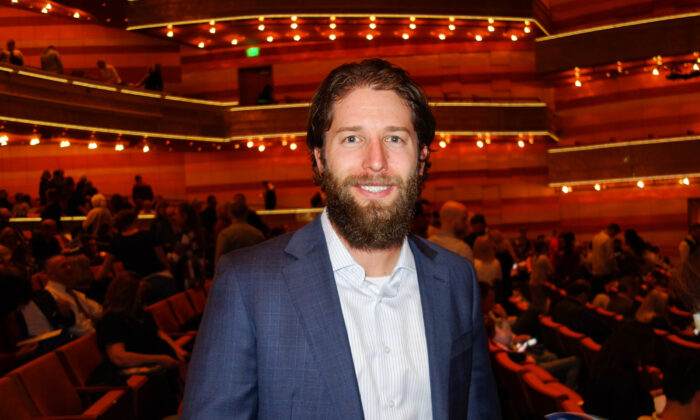 SALT LAKE CITY—Since the Chinese communist party became the ruling party in China, the identity of the nation has become rather skewed. Shen Yun Performing Arts has been touring around the world since 2006 with the aim to revive true, traditional Chinese culture.

“I have been to China several times with my work. I have been exposed to the culture that’s there now. It was kind of a mismatch between what I see now and what it used to be,” said Zach Bomsta, the CTO of Owlet Baby Care Inc.

Shen Yun, based in New York, has been using live arts to showcase China’s traditional culture before communism. The company also has several story-based dances—stories of hope set in modern China, particularly to raise awareness on the persecution of Falun Dafa.

“The dance with Falun Dafa was really touching,” Mr. Bomsta said. “I was just thinking that was so powerful.” He further explained that he had never seen a performance that has touched him so deeply and so much.

“When they talked about what the mission was, it kind of made me proud of my supporting that in a small way here. And really hoping for the best for Shen Yun and being able to accomplish that mission,” he added.

Falun Dafa, or Falun Gong is a peaceful practice that is based on the core principles, truth, compassion, and forbearance. When the practice became very popular in China, the Chinese government decided to crack down on the practice.

“I am very familiar with what’s going on with Falun Dafa in China. It is one thing to read about it and be horrified, but it’s another thing to see what is being played out even in this enactment here. It just really brings to life the atrocity and the horror of it. It makes you like ‘Yes, go Shen Yun. Go accomplish that mission,'” Mr. Bomsta said.

Despite the serious nature of the dance, Shen Yun‘s performances are filled with beauty, hope, and spirituality.

“I was surprised to see all of the references to a higher power because my multiple trips over there was just nothing like that before. So I thought that was really eye-opening and need to see,” he said.

Mr. Bomsta wanted to share his appreciation for Shen Yun‘s artists. If he could speak to them, he would say, “Thank you for what you’re doing and thank you for spreading the message, pursuing a mission. I am deeply impressed by the talent.”