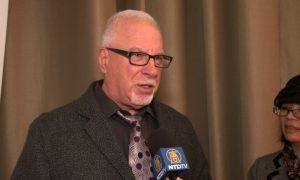 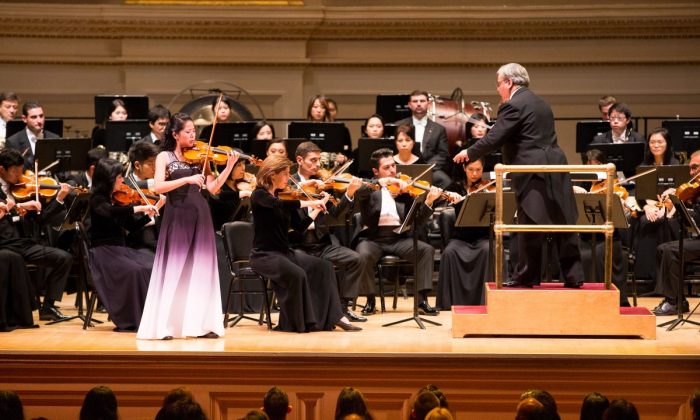 How Shen Yun Is Reviving the Classical Arts

The past centuries have shown incredible innovation, bringing technological and scientific progress that people in the early days of our civilization could not even imagine.

In the arts, however, we have seen a steady decline. Much of the body of classical art, including the most beloved works of symphonic music, opera, ballet, and painting, was completed by the 19th century with few acknowledged masterpieces after that.

I had often wondered why these traditional arts, which are respected and honored as some of the greatest achievements of humanity, experienced such a steep decline.

It is not that there was no artistic creation. The 20th century saw plenty of new works and talented companies and artists, but very few of these pieces have had the enduring appeal of their forebears. They’ve come and gone with trends, often becoming a vehicle for venting despair and the dark side of human nature.

Shen Yun: A Rebirth and Revival on Stage

As we entered the 21st century, however, a new phenomenon emerged with the appearance of Shen Yun Performing Arts. Established in 2006, this little-known company, created in New York by overseas Chinese artists, emerged on the world stage and awed audiences with performances of profound beauty and goodness, rooted in the classical arts.

The company’s mission was to revive 5,000 years of China’s divine culture. It rapidly grew in size, reaching hundreds of cities and millions of audience members around the world. Many of them said they had found inspiration in the artistry and values Shen Yun portrayed on stage.

In interviews, these audience members, including renowned artists, repeated the words “perfection,” “beauty,” and “divine.” Some were surprised at the flawless music, others were amazed at the coordination and athleticism of the dancers, and many were taken by surprise by the otherworldly beauty of the backdrops, which interacted with the artists on stage in perfect synchronicity.

As I watched the performances of Shen Yun Performing Arts and the concert performances of the Shen Yun Symphony Orchestra, I experienced the grandeur of the dance pieces and the virtuosity of the orchestra. I started to realize that the 21st century has actually brought us a revival of the classical arts, a revival that generations of people in the artistic community had been seeking.

In watching the combination of beauty and tradition with cultural and technological innovation, I felt it was almost as if the essence of humanity’s achievements had become embodied in Shen Yun’s performances. The artistic company was presenting Chinese dance and history, but the language and meaning were universal.

Knowing of the darkness that often manifested in other dance performances, I watched as divine inspiration was presenting itself on stage with Shen Yun. I was humbled and impressed at the same time.

Below are some of the aspects that make Shen Yun’s performances outstanding and innovative.

In the West, ballet has long been considered the most elegant and comprehensive dance system, offering performances of unrivaled athletic precision and ethereal grace for the past several hundred years. Few people, however, knew of classical Chinese dance, which had been passed down through thousands of years and had accumulated a rich vocabulary of movements, rhythms, and inner meanings.

Through its performances, Shen Yun brings classical Chinese dance, alongside Chinese ethnic and folk dances, to the forefront. The dancers‘ precision, athleticism, and synchronicity have impressed multitudes of audience members in many countries. This has allowed classical Chinese dance to take its rightful place alongside ballet as one of the most comprehensive dance systems in the world.

Shen Yun’s performances have not only brought us an unknown dance system, but they have also presented dance in its purest form, embodying universal spiritual values such as truth, kindness, and forbearance through the characters and scenes the dancers portray.

Shen Yun’s orchestra, which accompanies the dance pieces, is a combination of tradition, virtuosity, and innovation. By blending the distinct sensibilities of Chinese music with the power of a Western orchestra, Shen Yun has achieved a feat of musical harmony. Not only does a Western orchestra play original compositions—melodies that embody the Chinese spirit—but Shen Yun also incorporates traditional Chinese instruments such as the gong, pipa, and erhu as permanent members of the orchestra.

In listening to the music, we can hear the traditional Chinese instruments enhanced by the strength of the Western instruments. The effect is one that is pleasing to the ear yet also rich in meaning, history, and values.

By taking a Western symphony orchestra, which is already a complete body, and expanding its potential through the inclusion of Chinese instruments and musical styles, Shen Yun has thus brought about a groundbreaking development that is sure to have a tremendous effect on the development of classical music.

Another outstanding feature, likely to have a significant impact on the vocal arts, is Shen Yun’s revival of the authentic bel canto technique for singing in the upper register. Originally mastered by artists in ancient Chinese theater and early European opera, the technique has since been lost in both China and the West. However, Shen Yun has rediscovered it and is presenting it on stage today.

The lyrics of the singers’ songs are profoundly spiritual, offering reflections on the meaning of life and our place in the world today. These lyrics continue in the tradition of spirituality that has been long present in both Eastern and Western classical music, yet they transcend all spiritual beliefs, speaking to the innermost longings of our hearts.

Shen Yun’s Backdrops and Costumes Leave the Audience in Awe

While presenting traditional culture, Shen Yun makes admirable use of 21st-century technology, having patented a special technique that allows performers to interact with the digital backdrops in perfect timing. A feat of artistry, technology, and choreography, the backdrops take audiences to celestial kingdoms, imperial palaces, and colorful plains. They extend the stage and immerse us in a multisensory experience that even seems to make time travel possible. Presented in classical, realistic style, the images enhance the traditional beauty and grandeur of the dances.

In addition, the colors of the backdrops complement the dancers’ costumes, which are in themselves artistic creations based on extensive research and inspiration. According to the Shen Yun website, the costume designers are focused on harmonic balance and contrast, aiming to present both an authentic expression of divinely inspired traditional attire and a consummate stage effect. The result, certainly breathtaking with vibrant color combinations, often leaves the audience in awe.

Shen Yun’s rapid growth in less than 15 years is a testimony to our yearning for beauty, traditions, and divinely inspired values and aesthetics on stage. The pursuit of artistic excellence and divine inspiration by Shen Yun’s artists continues in the tradition of the Western classical masters, and brings in the vigor and inspiration from China’s 5,000 years of civilization.

In the future, we are certain to look at this time as a special period in our artistic history: the rebirth of a greater awareness of the purpose of the arts to elevate humanity and bring goodness into our lives.

This September and October, the Shen Yun Symphony Orchestra (SYSO) completed a tour in Taiwan, the United States, and Canada, performing some of the beloved original compositions for Shen Yun’s dances and songs, alongside classical favorites by Pyotr Ilyich Tchaikovsky, Bedrich Smetana, and Charles Gounod.

SYSO made its debut at Carnegie Hall in 2012 by popular demand. The public had listened to the beautiful music emanating from Shen Yun’s orchestra pit and wanted the musicians to have their own spotlight. Since then, the SYSO tour has rapidly expanded across North America and Asia.

Composed of talented musicians from around the world, SYSO harmonizes the traditions of East and West by incorporating traditional Chinese instruments such as the erhu and the pipa. These two instruments, known for their hauntingly beautiful sounds, add their delicate grace and celestial charm to the Western symphony orchestra.

Among this year’s classical favorites, Shen Yun presented Tchaikovsky’s Waltz-Scherzo, Op. 34, an exhilarating favorite of the violin repertoire, alongside Smetana’s “Dance of the Comedians” from “The Bartered Bride,” one of the greatest Czech operas. It also featured Gounod’s wedding march from his opera “Roméo et Juliette,” a stately and regal piece that is sure to touch audiences.