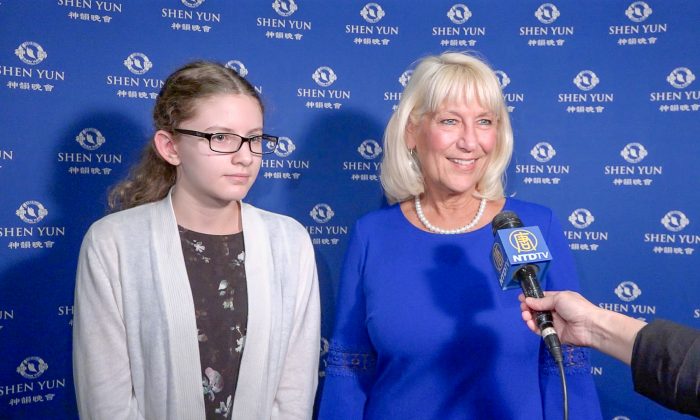 “It was a joyful show and I enjoyed it. I enjoyed the performances. The talent is remarkable. It is all very well done,” Hoffman said.

“It was beautiful. The actors were amazing. It brings a lot of joy and the stories are really well told through the choreographies,” Meink said.

“I thought that the choreography was beautiful and graceful, and that the color contrast on the entire was stunning,” Meink said.

Through music, dance, and a world of color, New York-based Shen Yun tours the world every year with the wish to revive the authentic, traditional Chinese culture through the arts.

China was once known as the Celestial Empire, and its culture thought to be divinely inspired. From the costumes that emulate the traditional dress said to be passed down from the heavens to the tales where mortals and deities coexist, Shen Yun tries to bring to life the essence of a culture that was once nearly lost.

Hoffman felt that through such beautiful artistry, there was a message that spoke to her.

“Peace and love and freedom” were the themes she saw. “They talked about love, and moving on, and doing nice things, being well and taking care of yourself, and doing good things for others. I thought that was very important.”

Many of the stories Shen Yun told were from ancient history, or present-day tales based on real events in China. But regardless of culture or point in time, Hoffman said the themes they showed really were universal.

“The message of love and caring and doing the right thing is always important, no matter who you are, where you are,” Hoffman said. “And I think that is a message that needs to be spread around the world, always and repeatedly.”