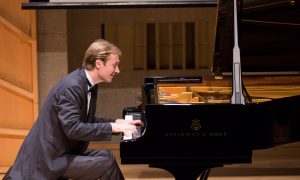 The Consolation of the Classics
0
Share Now
TelegramFacebookTweetEmailTellMeWeReddit
Copy Link 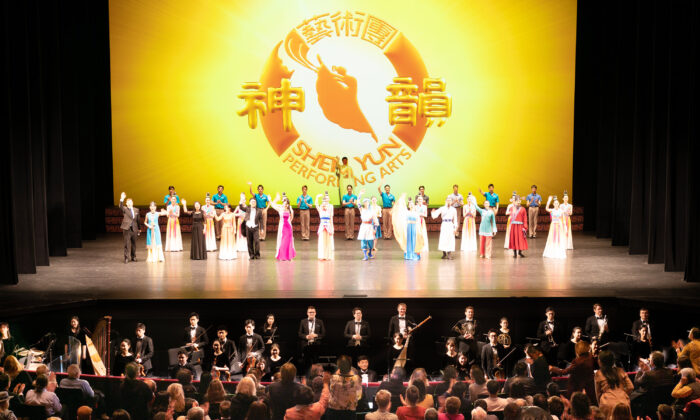 From the very first note and the first strike of the gong, the audience knows they are in for something special. An orchestra blending the musical traditions of the classical West and ancient China begins to play. The curtains draw, revealing a bright new world in heavenly, jewel-like tones. Shen Yun Performing Arts, a favorite of audiences worldwide, is returning to the stage this month, making its first stop in Stamford, Connecticut.

New York-based Shen Yun has risen to become the world’s premier classical Chinese dance company within just a dozen years, reviving an ancient art form that was lost in China under communist rule. In 2006, artists from around the world, including some who escaped persecution in China, came together in New York to form an arts company that could revive the 5,000 years of Chinese civilization, and present true traditional Chinese culture to the world. As of today, it is still the only dance company bringing classical Chinese dance to audiences around the world—an audience that has been growing and eagerly awaiting Shen Yun’s return after months of hiatus due to pandemic-related lockdowns.

At Stamford’s Palace Theatre, Shen Yun will put on three performances over the weekend of June 26 and 27; despite an announcement just weeks prior, tickets are already scarce. In four days, nearly two-thirds of the tickets were sold out.

This summer, the company will make stops in Colorado, South Dakota, Washington, and Texas. The schedule for 2021 and 2022 performances continues to develop and the calendar on ShenYun.com is being updated as more and more cities invite Shen Yun to perform.

Traditional Chinese culture is said to be divinely inspired, and this is reflected in Shen Yun’s name—which translates to “the beauty of divine beings dancing.” A typical performance is comprised of roughly 20 vignettes, including classical Chinese dances showcasing the aesthetic of various dynasties; depictions of famous historical figures or stories; ethnic and folk dances from the 50-plus ethnic minorities across China; and bel canto soloists who sing original works in Chinese. Shen Yun has several touring companies, each accompanied by an orchestra performing original works, famous for its ability to blend traditional Chinese instruments and ancient melodies with a Western classical ensemble and arrangement.

As The Epoch Times has long documented, audiences often speak of an indescribable lightness, a feeling of being uplifted, and praise the positive vision expressed by Shen Yun in addition to its artistic excellence. Most are learning, for the first time, about the true culture of China—an aspect of Chinese culture that the Chinese Communist Party has since its inception tried to suppress.

But because of this mission, Shen Yun has been banned from performing inside mainland China. The Chinese regime has long interfered with performances around the world, attempting to discredit the company and threaten theaters to cancel shows.

In Montpellier, France, Franco-Spanish pianist Emmanuel Ferrer-Laloë said the performers were excellent in every respect. “There is a palpable message behind it, a spiritual message. This traditional aspect is also very important. Traditions must be preserved,” he said at the Corum on March 12, 2020. “The expression of the dancers, in their movements, really express a lot of things, feelings, and impressions, it’s very, very, very well done!”

In Sydney, Australia, a Taiwanese-Australian businessman surnamed Lu bought 120 tickets for New South Wales firefighters and their friends and family—to thank them for their hard work during the summer bushfire season that was exacerbated by three years of drought. Their sacrifice moved Mr. Lu to gift them an opportunity to spend time with their families, and the refreshing experience of Shen Yun came to mind.

“I was deeply touched from the bottom of my heart when I first saw Shen Yun,” he said. “An inexplicable kind of feeling.”