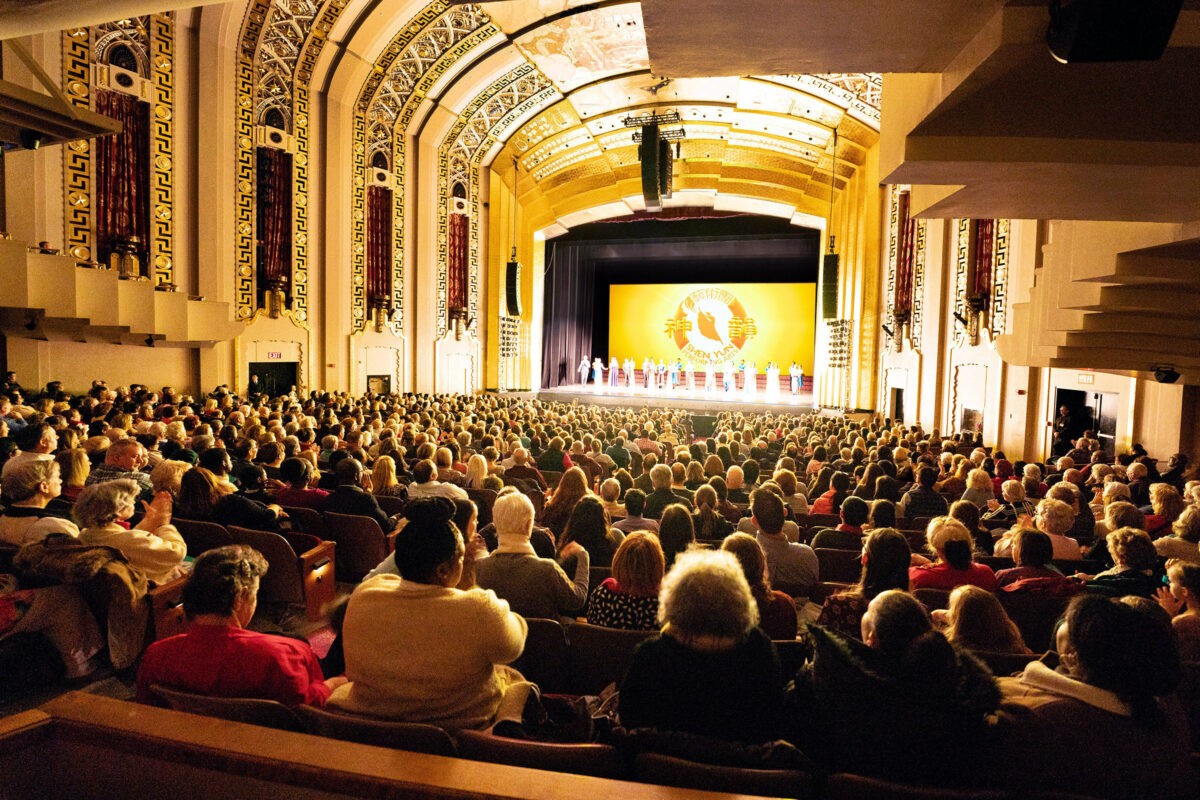 New York-based Shen Yun Performing Arts has found itself the target of coronavirus-related misinformation, in an apparent attempt to dissuade American audience members from attending the classical Chinese dance performance.

Recently, rumors have been circulating on social media that some Shen Yun performers had been infected with the coronavirus, advising people not to attend the company’s shows in the United States.

Those rumors prompted health authorities in Utah, where Shen Yun was performing at the time, to publicly dismiss the claims.

“We have investigated them and have no reason to believe that any members of the Shen Yun dance troupe are infected with COVID-19 [the disease caused by the novel coronavirus],” the Utah Department of Health posted on Twitter on Feb. 24. “These performances pose no risk to Utah residents.”

“Shen Yun is based in NYC (New York City), not China,” the Salt Lake County Health Department posted on Facebook on Feb. 24. “Many inaccurate COVID-19 rumors are circulating on social media. … False and inaccurate social media posts can be harmful.”

Shen Yun is a New York-based performing arts company founded in 2006 whose mission, according to its website, is to revive traditional Chinese culture through the arts. This touring season seven companies are due to travel to 160 cities around the world.

The performance has drawn the ire of the Chinese communist regime over its depiction of the ongoing persecution of spiritual group Falun Gong on stage. As a result, the group has since its founding experienced persistent attempts by the regime to thwart its performances in a variety of ways.

These online rumors are merely the latest in a long line of attempts by the regime to sabotage Shen Yun, Leeshai Lemish, an emcee with the company, told The Epoch Times on Feb. 27.

The Chinese regime is “using a catastrophe and the deaths of people in China to try to stop Shen Yun from performing by spreading lies,” Lemish said.

The emcee said that earlier in February the Shen Yun ticketing office in Salt Lake City had received phone calls from people with a Chinese accent. They claimed that Shen Yun was from China or that the company had just returned from South Korea (the country where the outbreak is most severe outside of mainland China) and asked for the show to be canceled. Some callers even became aggressive and started swearing, Lemish said.

The Utah Health Department told The Epoch Times that health authorities in the region also received similar phone calls prompted by the rumors.

“We decided the best way to reassure people who had tickets to the performance was through social media and messaging outlining the facts about Shen Yun and those involved in the dance troupe.”

Shen Yun wrapped up two performances in Salt Lake City on Feb. 26 and will return to the city on March 21 for another four shows.

In one call, which was recorded, to the Utah ticketing office, a woman with a Chinese accent asked questions “trying to find out where the companies are going, who’s going where and what city they’re going to, [and] what specific touring company was going to which city,” he said.

Another woman later called the same box office from a different number, asking the same questions. The salesperson asked the woman for a phone number to call back because he would ask the local presenter to return the query.

The woman gave the same number as the first caller, Lemish said. “So those two are connected. … They might be friends, relatives, or [other] relationships that made them use the same phone number.”

The same day, a third phone call was received by Shen Yun’s Las Vegas ticketing office, during which a woman with a Chinese accent asked the same kinds of questions.

Lemish added that he also received an email written in Chinese on the same day, from a person posing as a close acquaintance, asking where Lemish was, where he performed, and which cities he was due to tour.

The emcee believed those phone calls may have been part of the same campaign to have the U.S. shows canceled in various locations.

In South Korea, the Chinese regime also initiated false rumors about the company’s origins in an attempt to thwart performances there, Lemish said.

In the city of Ulsan, where Shen Yun performed two shows from Feb. 11 to Feb. 12, the theater manager received a phone call from a TV reporter who said that the Chinese Consulate had told the reporter that Shen Yun performers were from Wuhan, Lemish said, referring to the coronavirus epicenter in central China.

“The theater manager responded that Shen Yun is from the U.S. and most members are US passport holders. Shen Yun show is banned in China, and its members aren’t allowed to visit China,” he said.

The company performed in South Korea, touring three cities from Feb. 7 to Feb. 16. The coronavirus outbreak escalated in the country on Feb. 20, when the number of confirmed cases doubled in one day to reach 104. South Korea currently has more than 3,000 known infections and 20 deaths.

The outbreak in South Korea forced Shen Yun to cancel two shows in Chuncheon city scheduled for Feb. 22 and recall the company back to the United States.

Lemish said all Shen Yun performers are healthy and the performances are continuing as scheduled in the United States.

Since January, many Chinese have shared on social media, such as Facebook and WeChat, a Chinese social media platform similar to Facebook, that Shen Yun is from China, where the coronavirus outbreak originated.

To dispel the rumors, Shen Yun released a statement on its official website on Feb. 1. It said: “Shen Yun is based in New York, not China. Performers have not been to China in years, have not had recent direct contact with people from China, and in fact Shen Yun is not even allowed to perform in China.”

However, since the statement was released, the company has found a doctored version being shared by people on social media, Lemish said.

“Somebody in China took that page [of the statement] and created an image. They removed the texts of our press release. And instead of it, they put a text in Chinese and then translated it into English saying… that Shen Yun performers have already been infected by coronavirus,” he said.

In the past 14 years, the regime has deployed a range of tactics, including those using its embassies, consulates, pro-Beijing Chinese associations, and students to smear and frustrate Shen Yun’s performances around the world.

“You have a performance of traditional Chinese culture that Beijing, the Chinese Communist Party wants to stop,” Lemish said in a Jan. 8 interview with The Epoch Times’ “American Thought Leaders” program.

He said that the regime’s opposition to Shen Yun arises from the fact that the company seeks to revive traditional Chinese culture, which the Chinese Communist Party (CCP) has systematically tried to destroy and supplant with an atheistic, communist ideology.

Traditional Chinese culture is rooted in core values like integrity, honesty, loyalty, and spiritual fulfillment, he said. In contrast, the CCP wants Chinese people to repudiate old ideas about morality and spirituality and to believe instead in communist and social Darwinian ideas about struggle.

The CCP also has sought to suppress the company due to its depictions of the regime’s brutal persecution of practitioners of Falun Gong.

Falun Gong, also known as Falun Dafa, involves meditative exercises and a set of moral teachings based on the principles of truthfulness, compassion, and tolerance. The discipline gained immense popularity in the 1990s, with 70 million to 100 million people practicing by the end of the decade. However, threatened by this popularity, the CCP in 1999 launched a sweeping campaign of persecution and vilification against adherents.