Shen Yun Reminds Texas Audience What China Used To Be 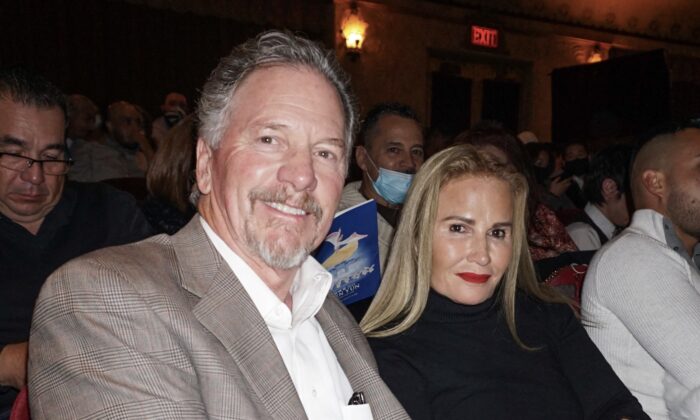 EL PASO, Texas—The current view the world has of modern China has blocked many from knowing what China once used to be. With Shen Yun Performing Arts touring internationally, it has reminded audiences that China’s 5,000 years of civilization haven’t been completely lost and that’s its beauty is something to celebrate.

Brett Preston and his wife Tatiana were struck by the depth of culture presented in the performance compared to how little depth there is in communist China now.

“What I like is it illustrates a culture that most people don’t realize exists within China,” Preston said. “Everybody sees just the communist structure. So there’s no depth coming out of the communist regime as far as explaining what the culture is, especially in different regions of the country.”

He commented on the variety found in Chinese culture and how, in contrast, the ruling communist regime is solely focused on promoting their singular voice.

“The communist regime just wants to demonstrate just one mantra,” he said. “It’s destroying the culture, the uniqueness of the different regions and everything. It’s trying to institute a certain plain message.”

They shared the belief that the New York-based Shen Yun’s mission of reviving Chinese culture and civilization is important.

“It’s good they’re reviving it. So many cultures are getting just washed away,” Dooling said.

Sometimes I think this many people together is more healing than not together.
— Claudia Powell

The Plaza Theatre welcomed a full house for the evening performance, despite the pandemic. Powell shared that sometimes being with people is better than being isolated.

Davis had watched one of Shen Yun‘s performances before and has wanted her friends to attend a performance with her.

“I’ve been studying Chinese culture for years and I have many friends from China, and seeing these performances brings me closer to the culture and my friends,” Davis said. “So I’m really glad that they started doing this all those many years ago. So hopefully, I get to keep coming back to every show,” she added.