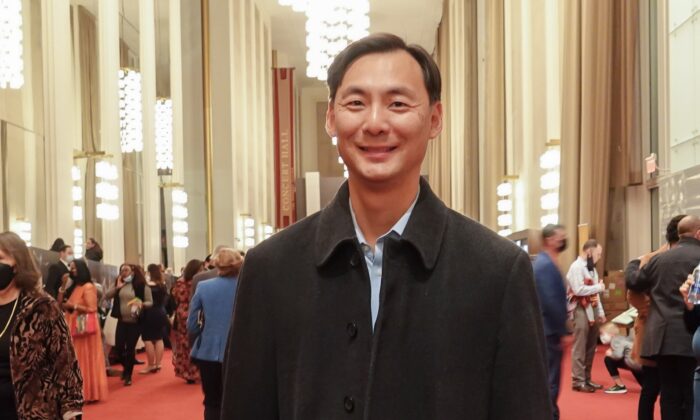 He shared his view that communism denies the “fundamental reality” that there is a Creator, a common belief shared by people worldwide.

“I think it’s very good to acknowledge that there is a Creator. And I think that is something that has been recognized by people all over the world. But I think atheistic communism denies that fundamental reality,” he said.

In the last 70 years, China’s 5,000 years of divinely inspired cultural heritage have been decimated systematically in order to rewrite history.

Now dean of Liberty University School of Law, Mr. Tan praised Shen Yun as a “beautiful, elaborate, and intricate” performance after seeing it at The Kennedy Center Opera House on the evening of Feb. 19.

The former state ambassador noted Shen Yun’s emphasis on virtues such as compassion, forbearance, and courage. In addition, “recovering the truth of a Creator of all people is something that’s very valuable,” he said.

“China has a long history of acrobatics and dance, and I think this [Shen Yun] was a sampling of that,” he said.

Mr. Tan said the mini-drama piece, in Shen Yun’s program, was the most striking for him as it was about forced organ harvesting in China. He added that he had researched the subject, “Sadly, this is happening in present-day China. And this is murder. This [organ harvesting] is a horrible tragedy that need not happen. And so this is something that is a crime that should be denounced and should be spoken up against.”

He described Shen Yun as “an expression of freedom as well as the celebration of classical Chinese culture.”