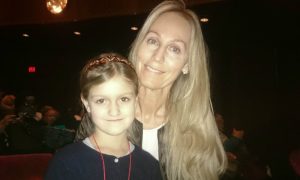 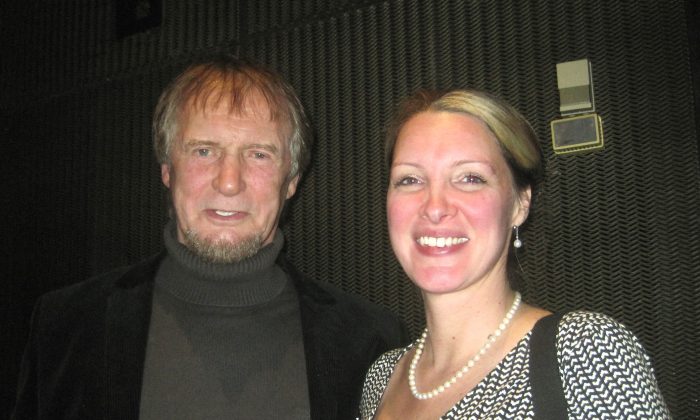 Among the enthusiastic audience were Paul Poetschke, a veterinarian, and Sina Kotzian, a financial controller for an engineering company.

“I like the colours, I like the music, I like the beautiful flow of the dances, and a lot of harmony. It’s very peaceful, yet spectacular,” said Mr. Poetschke.

“It makes me happy. It was beautiful, especially the opening. And the light! The way they work with the lights, it’s very nice.”

“And the screen in the back—it’s well done,” added Ms. Kotzian, referring to Shen Yun’s enormous animated backdrops, which interact with the dancers to help enact the particular pieces that tell stories from Chinese history.

Shen Yun’s mission is to revive traditional Chinese culture through the performing arts. The New York-based company uses classical Chinese dance to tell stories from classic literature and ancient myths that embody traditional values like loyalty, compassion, propriety, and respect for the divine.

“The stories are very simple. Obviously this is from older times, but the values are still the same today. … I mean it’s still the fight between good and evil,” said Mr. Poetschke.

“I think it’s every culture’s values basically, but they express it with beautiful, beautiful dance.”

Both said the performance left them with a feeling of serenity.

“I feel good. It is relaxing,” said Mr. Poetschke. “It’s like a beautiful dream.”

“Fantastic, it’s a beautiful show,” he said. Lots of colour.”

“It gets you … closer, brings [people] closer together,” he added.

He said he would tell his friends about Shen Yun.

“I will tell them that they have to come and see this, because it’s exciting, it’s colourful, and it’s also different.”