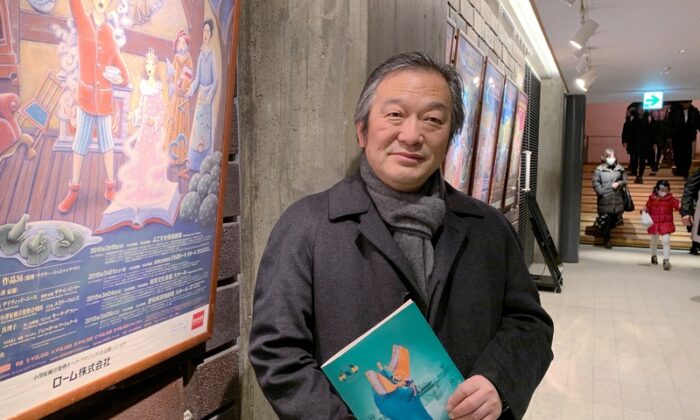 KYOTO, Japan—Toshihiro Morii, board director of Genki Agricultural Development Association, is an avid lover of Chinese culture and has watched Chinese performances many times.

He was among many elites from Kyoto’s mainstream society who attended the spectacular performance presented by Shen Yun Performing Arts New York Company at Rohm Theater on the evening of Feb. 1, 2020.

“Shen Yun revives the traditional [Chinese] culture destroyed during the Cultural Revolution,” he said after attending the show. “This is a great, pioneering work that is truly remarkable.”

“[Shen Yun] is really beautiful,” he added. “Every actor is very outstanding, and their movements are in great unison.”

“Not only is the entire stage brilliant and exuberant, but the dances are extremely graceful and beautiful.”

New York-based Shen Yun tours the world every year with a new lineup of a program containing classical Chinese dance, original scores, and a new set of costumes and digital backdrops to take you on a journey through 5,000 years of Chinese civilization. As stated on its website, Shen Yun’s mission is to revive the authentic traditional Chinese culture and share it with the world through the universal languages of music and dance.

“China has a very long and profound history and culture; however, they were [unfortunately] destroyed during the Cultural Revolution. It’s something remarkable to revive the traditional Chinese culture and further promote it,” he said.

“I often saw Chinese performances, but Shen Yun’s performance is totally different,” Toshihiro Morii recounted. “[Shen Yun’s] artistic value is so high that it is practically a performance in another dimension.”

From their dances, we can perceive that these actors have a sincere heart for reviving Chinese culture, and have a strong love for the [Chinese] nation.
— Toshihiro Morii

“The performance [presented by Shen Yun] can make people have a feeling of peacefulness and compassion,” he explained. “From their dances, we can perceive that these actors have a sincere heart for reviving Chinese culture, and have a strong love for the [Chinese] nation.”

He stressed that without rigorously and painstakingly training, “it is impossible to achieve this kind of high-level professionalism.”

In the meantime, he was amazed by the soothing music performed by the symphony orchestra combining Chinese and Western music instruments, in particular, the erhu solo.

“With the fusion of the erhu and the violin, [the melody] is very pleasant to ears,” he commended, “It is virtually a great treat [to listen to the erhu solo].”

“Though without a word, every story [in the dance dramas] is understandable.” He stressed, “It’s worthwhile to be here, and I will see it again next year.”

With reporting by Li Hua and Billy Shyu.