Shen Yun Is a Celebration of Life, Culture, and Tradition 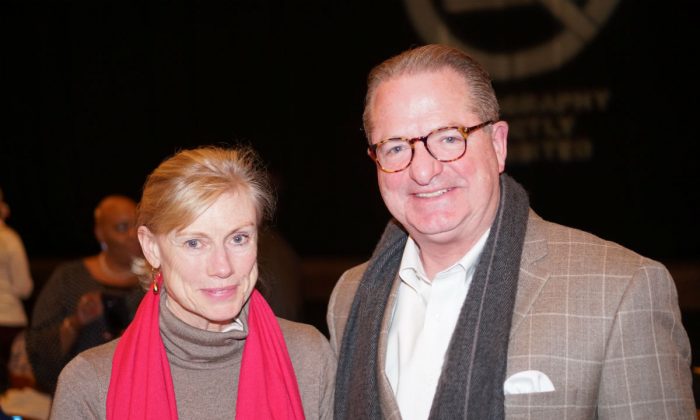 PHILADELPHIA—Chuck Lewis and his wife Anne Lewis were touched by Shen Yun Performing Arts’s mission to bring back traditional culture to the world. The couple thinks it’s important to “celebrate our traditions no matter what.”

“I hope it never dies. I hope it only grows,” said Chuck, who is an executive vice president at the Thomas Jefferson University and Jefferson Health in Philadelphia.

The couple was among the audience at the Merriam Theater on March 1, where Shen Yun performed to an enthusiastic full house. The New York-based company is in the midst of its 2019 tour and has already performed to dozens of sold-out performances across the globe.

Chuck said Shen Yun was able to give audience members a glimpse of how China was before the current communist regime seized power, adding that it’s something Chinese people are most likely yearning to see again.

Like Chuck, many of Shen Yun’s audience members are sad when they hear from the emcees that Shen Yun can’t perform in China today.

In addition, Chuck praised the tenor’s vocal ability, adding that he was touched by the lyrics, which were translated on the backdrop.

“He was singing about something that was very, very core to his being, and how the divine within needs to come out, right? I think that was an expression of what they express for the Chinese people,” he said.

Along with dance, Shen Yun also features a number of solo vocalists who perform using the bel canto technique—which is challenging to perform due to the difficulty of retaining proper Chinese pronunciation and diction.

The lyrics of these original songs often inspire audience members as they are filled with philosophical reflection about human life and contain deep layers of meaning, going beyond the boundaries of nation, race, and culture, according to the company’s website.

Meanwhile, his wife Anne, who is an associate professor at DeSales University, said she was impressed by the precision and artistry of the performers.

Anne, who is also an actor and director, continued, “And the balance that they use with, you know, the numbers of people on stage and the costuming. It’s just spectacular. I know, looking at their bodies, I’m like oh my gosh! They’re really, really well trained.”

The associate professor said she would recommend the performance to friends, describing it as a cultural experience.

“I think it’s always important to keep history alive. So for the extent they can do that and show that and have a place to express that, I think it’s very good,” he said.

Moreover, Debevec said he liked the dancing, adding that the piece “Mongolian Spirit” resonated with him.

“I think it resonated with me, I thought the movements and how they pressed the horse movements, I thought it was very good,” he said.

With reporting by Lily Sun and Frank Liang.